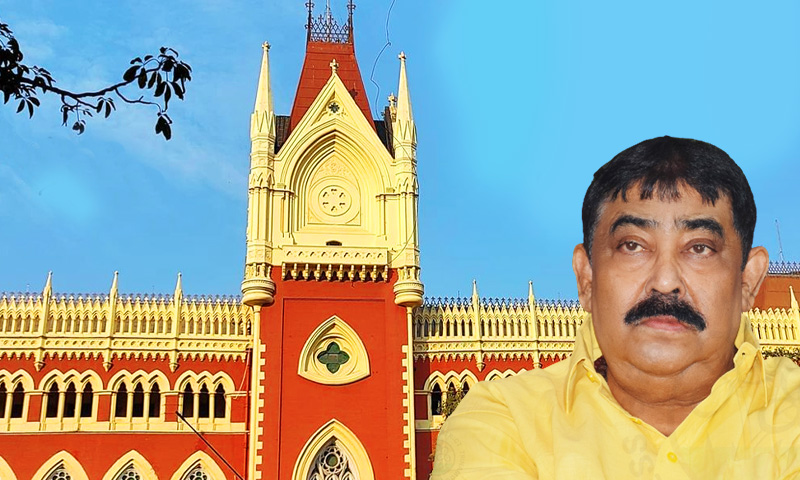 The Calcutta High Court on Friday dismissed a petition moved by Trinamool Congress (TMC) leader Anubrata Mondal seeking relief from appearing before the Central Bureau of Investigation (CBI) in Kolkata for questioning in the ongoing cattle smuggling probe. Mondal had moved the High Court pursuant to the issuance of a CBI notice under Section 160 of CrPC directing him to appear before...

The Calcutta High Court on Friday dismissed a petition moved by Trinamool Congress (TMC) leader Anubrata Mondal seeking relief from appearing before the Central Bureau of Investigation (CBI) in Kolkata for questioning in the ongoing cattle smuggling probe.

Mondal had moved the High Court pursuant to the issuance of a CBI notice under Section 160 of CrPC directing him to appear before its investigating team for questioning in the CBI office at Nizam Palace, Kolkata. He had declined to appear before the CBI on three prior occasions citing various medical ailments. Mondal had also requested for the questioning to take place at a place nearer to his residence considering the ongoing pandemic.

Justice Rajasekhar Mantha on Friday dismissed the plea of Mondal after noting that he had travelled outside Bolpur on several occasions and that his aliments as examined by the Medical Board are not that serious that would requirement confinement to his home or a hospital.

"Having carefully heard the submissions of the parties, this Court notes that indeed the petitioner has been traveling outside Bolpur and on a couple of instances traveled all the way to Howrah. He has appeared in Kolkata before the Medical Board, the ailments referred to by the Medical Board are not as serious as to require the petitioner to remain confined to his home or a hospital", the Court recorded.

The Court further observed that the instant case does not warrant an interference under Article 226 of the Constitution of India as an alternate remedy is available under Section 438 of CrPC.

"The remedy under Article 226 of the Constitution of India in the face of available remedy under Section 438 of the Cr.P.C. is discretionary. The writ petition may be maintainable but as to whether it should be entertained or not is to be assessed in the facts and circumstances of each case. This Court is not satisfied that the facts of the instant case would warrant such interference", the Court observed further.

The petitioner had been served with the first notice on February 8, 2022 under Section 160 of CrPC and was asked to appear at the CBI office at Nizam Palace, Kolkata at 11 a.m. on February 14, 2022. In reply thereto, the petitioner had indicated that he is suffering from several ailments and sought deferment of the date. Alternatively, the petitioner sought to attend the office of the CBI via video conference from his residence at Bolpur itself.

A second notice was issued on February 14, 2022 once again asking the petitioner to appear before the CBI office at Nizam Palace, Kolkata on February 25, 2022. The petitioner once again replied to the same by communication dated February 14, 2022 taking the same defenses of medical ailments as taken earlier.Once again, a request was made for appearance through video conference before the CBI from his residence at Bolpur. However, the CBI did not reply to the same.

On March 4, 2022, a third notice was issued by the CBI asking the petitioner to appear before them at their office at Nizam Palace, Kolkata on March 15, 2022. The petitioner in reply thereto, had once again pleaded ailments and stated that he is needed to appear before a Medical Board at Kolkata on February 2, 2022. Due to the ongoing pandemic, he had also requested for a place nearer to his residence to be fixed for questioning.

The instant petition had been filed after the CBI did not reply to the same.

It may be noted that the High Court last month had directed the CBI to not take any coercive measures against Mondal without the leave of the Court in relation to the ongoing probe into the West Bengal post poll violence cases. He had been summoned by the CBI as a witness at the NIT camp office in Durgapur in neighbouring Paschim Bardhaman district  in connection with a murder case at Alambazar in Birbhum which is alleged to have a connection with the post-poll violence in West Bengal.

Senior advocate Kishore Dutta appearing for the petitioner submitted that the ailments afflicting the petitioner has rendered him unfit to travel. Reliance was placed on the report of the Medical Board comprising of four medical officers from the Bolpur SD hospital in this regard.

It was further argued that the expression 'Police Station' under Section 160 of CrPC read with Section 2(s) of CrPC should mean the Police station under which the petitioner resides. The senior counsel also contended that there exists a reasonable apprehension of bias since the CBI has revived investigation despite having dropped it following the order of this Court previously. It was further argued that pursuant to Section 160 of CrPC and Clause 9.19(B) of the CBI Manual, the CBI is required to furnish the gist of the notice.

On the other hand, ASG S.V. Raju appearing for the CBI argued that petitioner's Facebook Account contains evidence of him travelling and attending public meetings and functions in Howrah, Durgapur, Nadia and Bardhaman, indicating that the inability to travel outside Bolpur is a farce. Furthermore, it was contended that since the jurisdiction of the CBI extends to the entirety of West Bengal, the petitioner must appear at the CBI Office at Nizam Palace.

The ASG also questioned the veracity of the report of the Medical Board by contending that such Boards are usually constituted at the instance of the Courts or public authorities and not by private individuals. Additionally, it was submitted that the gist and purpose of the investigation is available to the public on the CBI website.