Merely Because CET Is Cleared, Admission Is Not Guaranteed : Bombay HC [Read Order] 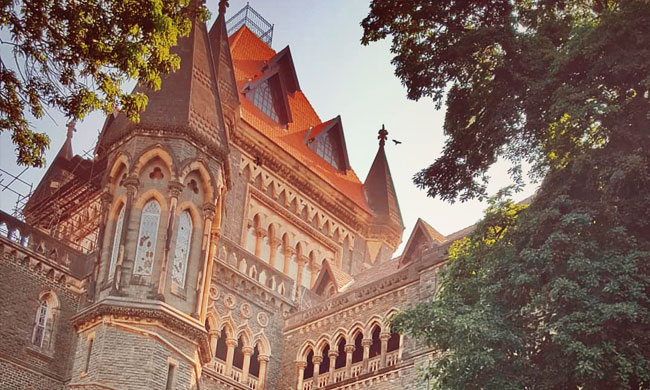 The Bombay High Court earlier this month refused relief to two law aspirants who sought admission to law colleges after qualifying the Common Entrance Test but were denied admission as they failed to fulfil the eligibility criteria introduced in 2015 making a minimum requirement of 45% marks in every year of graduation a must for being eligible to be included in the Common Admission...

The Bombay High Court earlier this month refused relief to two law aspirants who sought admission to law colleges after qualifying the Common Entrance Test but were denied admission as they failed to fulfil the eligibility criteria introduced in 2015 making a minimum requirement of 45% marks in every year of graduation a must for being eligible to be included in the Common Admission Process (CAP).

Division bench of Justice SC Dharmadhikari and Justice RI Chagla heard the two writ petitions filed by Purva Ingle and Vinay Kothari. Court dismissed both the petitions after concluding that both students were not eligible to be given admission.

According to the petitioners, they were both unaware of this minimum eligibility criteria and were informed at the time of their appearance for CET that they would have to obtain a minimum of 45% marks in each of the years of the bachelor's degree course which they have completed, in order to be eligible to participate in the Common Admission Process.

Advocate Rashid Khan appeared for the petitioners and submitted that his clients are helpless in such a situation, for they will never be able to fulfil this condition which is prescribed for the current academic year and that too midway. Therefore, both the petitioners, would qualify and cannot be excluded from the admission process. All the more, when there are vacant seats, Khan said.

"In the instant case, it is erroneous to argue that the petitioner Vinay Kothari is a helpless candidate and cannot ever fulfil his dream of becoming a Lawyer. In fact, before the CET and the CAP were introduced, this candidate had joined a Law College on the strength of his marks obtained in the degree examination. However, in the First Year of the Three-Year Law Degree Course, he failed.

There cannot be any prohibition against participating in the admission process again but in the fresh round this student or candidate is confronted with a Rule having the force of a Law. In the year 2015, a Law was brought in which empowered the State of Maharashtra and its Department of Higher and Technical Education to introduce a CAP. Preceding that CAP, there is a CET which is prescribed at which all aspirants and candidates have to appear and after clearing that they are eligible to enter the CAP. Before that CAP as well there are clear stipulations and merely because the CET is cleared, that does not mean admission is guaranteed. For the admission to be secured, every student must fulfil the eligibility criteria."

Court also rejected the argument that because Vinay fell short of the 45% mark by very little, his score can be rounded off, calling it a desperate argument-

"The student must accept the Rule and there is no fundamental or vested right in a rounding off. A candidate who has failed or has not fulfilled the minimum prescribed standard or benchmark, cannot request a Writ Court to round off his percentage to the nearest so that he can fulfil the eligibility requirement or criteria. We do not think that writ jurisdiction is meant for serving such a purpose or to enable such students to introduce themselves in Law courses. The impression that is given to the public at large that for becoming a Lawyer you need not have to possess the basic academic qualification nor you are required to fulfil the basic standards and norms, should be dispelled forthwith."

Thus, the two petitions which were similar in nature, were dismissed.