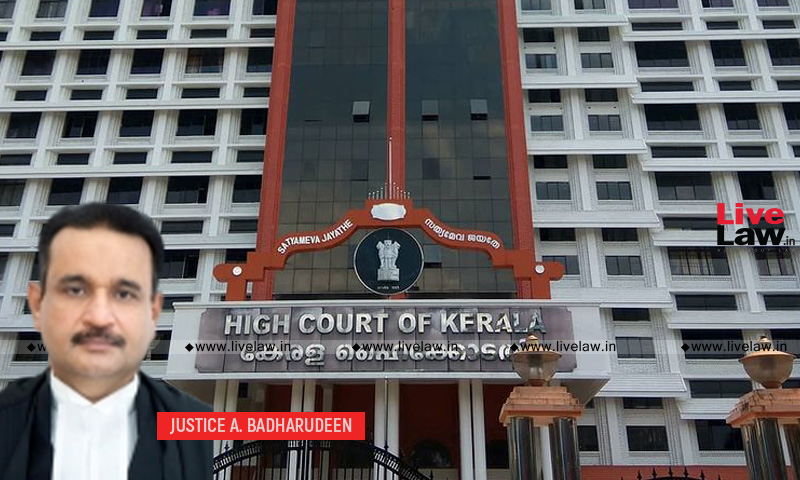 The Kerala High Court on Friday contemplated the question as to whether non-compliance of the Kerala Criminal Rules of Practice by the court staff would be sufficient ground to non-suit the complainant or any party, and answered the same in the negative.

Justice A. Badharudeen, while holding so, observed,

"It is the settled law that fault committed by the court shall not stand in the way of non-suiting the aggrieved party before the court. The maxim 'Actus curiae neminem gravabit' embodies the said principle. That is to say, the act of Court shall prejudice no one. In such a situation, Court is under an obligation to undo the wrong".

However, on noting that many complaints and petitions were forwarded to the High Court without seal as mandated under Rule 28, and taking note of the seriousness in non-payment of court fees in petitions before the criminal court, the Court in this case issued direction to subordinate courts that the aforementioned Rules 28 and 29 of the Criminal Rules of Practice ought to be strictly complied with.

The instant criminal miscellaneous petition was filed under Section 482 CrPC for setting aside the order condoning delay in filing complaint in absence of an application for the same, without notice to the accused. The petition also sought for quashing all proceedings before the Judicial First Class Magistrate Court-III, Muvattupuzha, due to the same.

Submissions of the Petitioner

It was contended by Advocates Yash Thomas Mannully and Soman P. Paul that although there was a delay of 103 days in filing the complaint alleging commission of offence under Section 138 of the Negotiable Instruments Act, the complaint was filed without delay condonation application and the court below took cognizance without condoning the delay and passed the order in a subsequently inserted petition. Thus, it was averred that the same is unsustainable. It was also pointed out that although the order stated that the delay of 103 days was condoned, no such petition was filed and no court fee also was paid. On this ground, it was contended by the counsel that the entire cognizance by the court was erroneous and the order was liable to be quashed.

Question before the Court

The Court in this case dealt with the issue as to whether the mistake committed by the court/court staff could amount to be the sole reason to non suit an aggrieved party before the Court.

The Court in this case found that when the delay petition had been filed to condone the delay of 103 days in filing the complaint at the outset, the Magistrate had issued notice to the respondent with direction to take steps to the complainant. The delay petition was posted to 14th June 2019, and on the same day, it was recorded that the notice had been served and that the accused was absent although he was called. This highlights that the Magistrate had taken cognizance of the matter after condoning the delay.

The Court thereafter, having noted that Rules 28 and 29 of the Criminal Rules of Practice as mandatory provisions, whether omission to affix seal in the complaint or the delay petition or any other proceedings and the mere omission to show the court fee paid in a petition in the concerned register by itself, as required by the rules, would amount to sufficient ground in holding that the delay petition was a subsequently inserted one. Here, the Court found that although there had indeed been an omission in complying with the rules, a perusal of the copy of register of Criminal Miscellaneous Petitions which comprises the number of the complaint and delay petition would show that the complaint and the delay petitions were filed on 17th April 2019 and the Magistrate had also ordered notice.

The Court further emphasized that although the petitioner had received notice to appear before the court, he did not appear. It also rejected the petitioner's attempts to rely upon the mentioning of the complaint number in the copy of the register to fortify his claim that he had not received any notice, since he did not produce the envelop or the contents of it to ensure that he did not receive notice in the delay petition. On this basis, the Court thus disregarded the allegations of the petitioner that there had been no delay petition filed, and that the instant delay petition was subsequently inserted, as being baseless, and 'without any iota of bona fides'.

Although the Court acknowledged that no seal had been affixed in the delay petition and the complaint nor did the register show the remittance of court fee for the complaint, the same could not be sufficient ground for non-suit of the complainant. The Court held that on a perusal of the materials produced, there was nothing to show that the delay petition had not been filed on 17th April 2019 nor that notice had not been given to the petitioner.

The Court accordingly dismissed the petition.