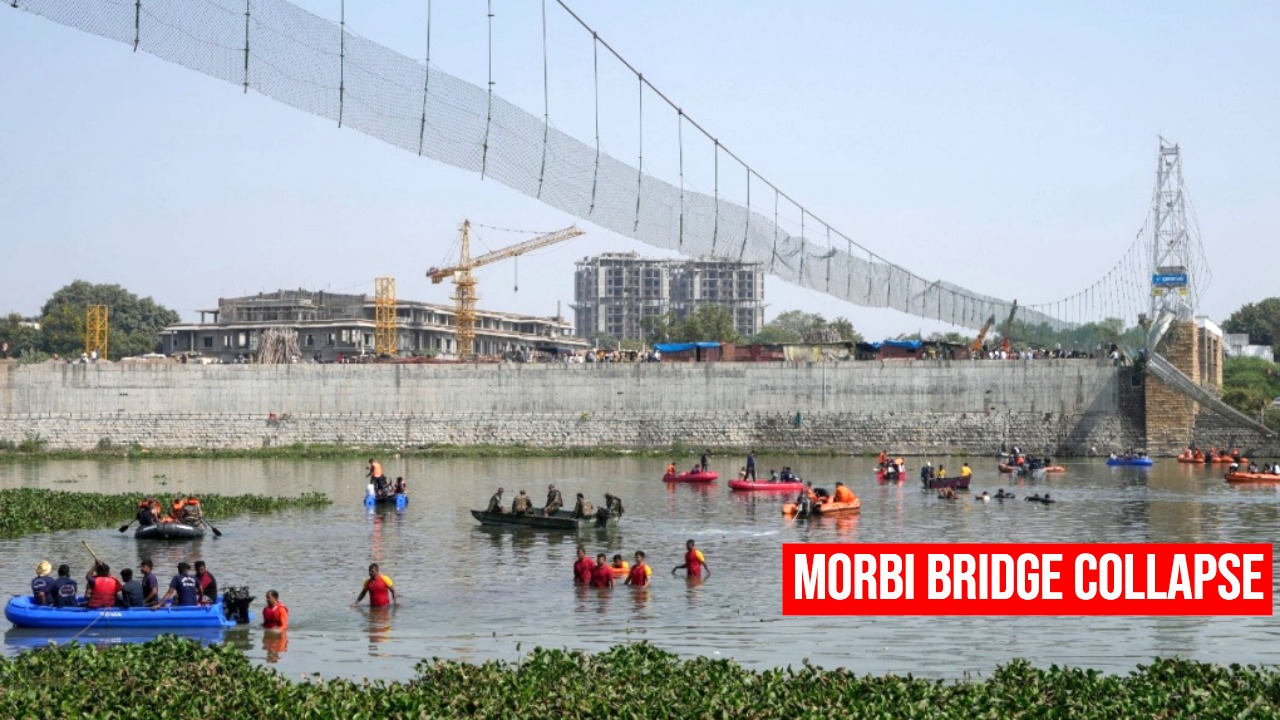 The Ajanta Manufacturing Private Limited (OREVA Group), which managed Jhulto Pul in Morbi, which collapsed on October 30, taking away the lives of 135 people today submitted before the Court, in the suo moto proceedings before it, that it is willing to unconditionally take the responsibility of the 7 children who became orphaned due to the incident.

Senior Counsel ND Nanavaty, appearing for Ajanta, made this submission before the bench of Chief Justice Aravind Kumar and Justice Ashutosh J. Shastri. He also submitted that the company is willing to compensate those who got injured and the relatives of the dead people shall also be suitably compensated by them.

"Some wrong has been done at the level of the company as well. The only thing we can do at this stage is compensate. For 7 children, who have become orphans. The company will give take care of their residence, other amenities of life, and education, and as per their qualification, they will be provided with a job. So far, as those who have died...who got injured and recovered, we are ready to give them compensation," the Counsel for M/S Ajanta said.

Taking the submission on record, the bench made it clear that the payment of compensation will not affect the action that the state may take against the company and that no equities shall lie in favor of the company.

The Company further submitted that it reserves the right to defend itself in the suo moto proceedings pertaining to the Morbi Bridge collapse incident, and it added that it had nothing to earn from the bridge.

"I am here just to defend the company. I know what the Collector, State, and others have done but now, all cannot pass the buck to me...My only concern was to ensure the heritage bridge is operated properly. Some entities persuaded me to take care of the bridge...This was not a commercial venture, we were earning from it. Somehow fortune did not favor us. The company and its management is shattered," it was submitted by Senior Counsel Nanavaty.

In its order, the Court later clarified that the payment of the compensation would not absolve the company of its liability or give them any benefit in any proceedings/case against them in any other enactment pertaining to the said incident.

Further, when Senior Counsel Nanavaty requested the bench to clarify as to what would be the amount of compensation to be paid to the victims, the bench said that the same can be determined by considering the Apex Court's ruling in the case of Sarla Verma and Ors. Vs Delhi Transport Corpn. and Anr 2008 and the came could be computed as the ame is done for Motor Accidents matters.

The 141-year-old suspension bridge hanging over the Machchuu River reopened two weeks ago (before it collapsed on October 30) after repairs and maintenance by the Oreva company. The Gujarat High Court is presently hearing a suo moto case pertaining to this incident. Earlier today, the Gujarat High Court had ordered to bring the company [M/S Ajanta Manufacturing Private Limited (Oreva Group] on record as a respondent in the matter.