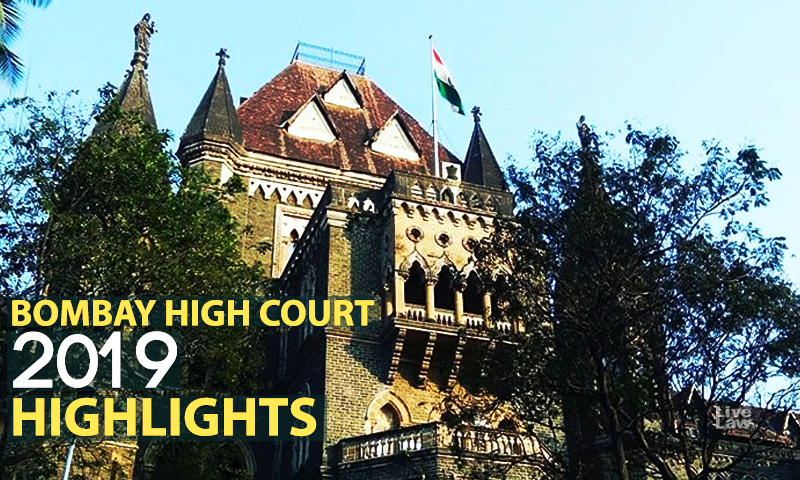 Bombay High Court upheld the validity of reservation granted to the Maratha community by the state government under the socially and educationally backward class category (SEBC) in government jobs and educational institutions.

However, the Court held that 16% reservation granted is not justifiable and ruled that reservation should not exceed 12% in employment and 13% in education as recommended by Backward Commission.

"We are therefore, inclined to hold that it is ultimately the State on whom the burden is cast to justify the excess reservation and since the 50% ceiling limit is not exhaustive of all the categories. As Justice Jeevan Reddy has expressed in the majority view that the extent of reservation depends upon the proportion of backward classes to the total population and their representation in public services. It is also by now settled that backwardness being a relative term, it must be judged by the general level of advancement of the entire population of the country or the State, as the case may be, and therefore, determination of backwardness is best left to the respective State."

One of the most publicised cases of the year was the PILs and petitions challenging the Tree Authority's decision to allow cutting of 2646 trees at Aarey colony for developing a car shed for Mumbai Metro. Court dismissed all petitions and allowed the cutting of trees.

Other questions decided by the bench of Chief Justice Pradeep Nandrajog and Justice Bharati Dangre were, whether Aarey is a 'forest' and the need for protection of the Mithi river flood plain at Aarey, where construction is prohibited.

Court refrained from ruling on the aspect of Aarey being a 'forest' under the Forest Conservation Act and said that the issue is to be decided by the Supreme Court or the National green Tribunal as proceedings on the same issue are pending before them.

However, comparing environmentalists to David and the development work (Metro Car Shed) as industrial 'Goliath', the bench observed-

"Repeatedly, Davids (environmentalist) take on industrial Goliath's. Relationship with nature and love for environment alone is true and all other relationships are unreal and temporary, is their belief. Their hearts are a temple of devotion to flora and fauna. In the instant case, the Davids row their boat with faith, courage and devotion in the storm of development; but directionless. The Greens fail in the instant petition because they have lost touch with the procedure to be followed as per law."

Subsequently, three days after HC's judgement, Supreme Court ordered a status quo on felling of trees after the ASG Tushar Mehta assured the apex court that no further trees will be cut, but the damage had already been done as most of the trees were cut right after High Court's judgement.

Pune police arrested activists and academicians across the country linking them to the said violence. According to the police, Rona Wilson, Varvara Rao, Arun Ferreira, Sudha Bharadwaj, Gautam Navlakha and Anand Teltumbde were allegedly involved in inciting the violence and also had Maoist links. All the alleged accused have been in jail for over a year except Gautam Navlakha and Anand Teltumbde, who are currently enjoying protection from arrest.

In October last year, the High Court set aside a Pune court order granting more time to the police for filing a charge sheet against lawyer Surendra Gadling and others accused in the case. In February 2019, Supreme Court set aside Bombay High Court's judgement which had refused to grant additional time beyond 90 days under the Unlawful Activities Prevention Act for filing the charge sheet.

The bench of Justice Ranjit More and Justice Bharati Dangre in a judgement dated September 13, 2019, dismissed a writ petition filed by journalist Gautam Navlakha seeking quashing of FIR registered against him by Pune police.

Court observed that there was prima facie material against the 65-year-old referring to the document submitted in a sealed envelope by Additional Public Prosecutor Aruna Pai. The said document allegedly contained additional material against Navlakha.

In October 2019, Court rejected the bail applications by activists Sudha Bharadwaj, Vernon Gonsalves and Arun Ferreira, observing that there was prima facie evidence that all three-applicant accused were active members of CPI(Maoist), a banned organisation, which attracts Section 20 of the Unlawful Activities (Prevention) Act.

Justice SV Kotwal cited a notification dated June 22, 2009 whereby in exercise of the powers under Section 35(1) of the UAPA, the Central Government made an order to add the Communist Party of India (Maoist) and all its formations and front organizations as terrorist organization in the Schedule to the UAPA by making a corresponding amendment.

In December 2019, Justice PD Naik reserved order after hearing the anticipatory bail applications filed by both Navlakha and Teltumbde. Apart from this, Pune police had filed an application seeking appearance of both the accused during the hearing of their applications. Court reserved order in the police's application as well.

Granted relief to a 54-year-old Mumbai based businessman, High Court quashed three separate orders passed by the Union Ministry of Home Affairs allowing Central Bureau of Investigation to intercept phone calls of the petitioner in a case of bribery involving an official of a public sector bank.

Under Section 5(2) of the Indian Telegraph Act, such interception can take place only on the occurrence of any public emergency, or in the interest of the public safety.

"Unless a public emergency has occurred or the interest of public safety demands, the authorities have no jurisdiction to exercise the powers under the said section. The expression "Public Safety" as held in PUCL (supra) means the state or condition of freedom from danger or risk for the people at large. When either of two conditions are not in existence, it was impermissible to take resort to telephone tapping."

Thus, Justice Ranjit More and Justice NJ Jamadar directed the Central Bureau of Investigation to destroy all the copies of call recordings.

Search Without Warrant Is Breach Of Right To Privacy; State fined Rs.25,000 for illegal search

The Bombay High Court while hearing a writ petition filed by a driver, held that conducting a search without warrant is a breach of Right to Privacy and fined the state government Rs.25,000.

Declaring the police action illegal, Court noted that action of police was not only the infringement of right to privacy but it defamed the entire family.

Following are some of the significant cases wherein, Court upheld or awarded death penalty -

Division bench of Justice BP Dharmadhikari and Justice Revati Mohite Dere on June 3, upheld the constitutional validity of Section 376 E of IPC challenged by the accused Vijay Jadhav, Mohammad Qasim Shaikh and Mohammad Salim Ansari, who were sentenced to death by the Trial Court for the gang-rape of an 18-year-old call centre employee in July 2013 and 22-year-old photojournalist in August 2013.

The High Court in July confirmed death penalty awarded to one Vishwajit Masalkar, 25-year-old who killed his mother, wife and daughter in order to marry another woman.

"All the aforesaid aggravating circumstances explicit that it is the rarest of rare case and the accused has thus committed a diabolic and brutal murder of his wife, mother and child and being a heinous offence, it pricks the judicial conscience. By finishing the family, the accused has tried to shatter the basic foundation of the society."

Court confirmed the death sentence awarded to one Eknath Kumbharkar who was convicted of killing his nine-month pregnant daughter by strangulation as he had kept a 'grudge' against her for performing an inter-caste marriage against his wishes.

Justice BP Dharmadhikari and Justice Swapna Joshi held that the accused was a menace to the society and had broken the traditional value of a father-daughter relationship. The bench observed-

"The accused is nothing but menace to the society. He has broken the traditional value of father and daughter relationship. The accused ought to have taken care of his pregnant daughter who accompanied him in good faith to see her ailing grandmother, who was on death bed whereas the accused has committed murder of his own daughter with a revengeful attitude and keeping in mind a motive. The accused no way deserves any leniency. The accused has infringed the right to live with human dignity and decency in respect of his daughter as well as grand child who was unborn."

In a 133-page judgement, the bench of Justices BP Dahramadhikari and SK Shinde confirmed the death penalty awarded to five men for committing the murder of Sandeep Thanwar, Rahul Kandare and Sachin Gharu in 2013. One of the accused, Ashok Navgire was acquitted by the Court due to lack of evidence.

"We are aware that the accused may not be hardened criminals but the cruel manner in which they have committed the crime and particularly the mutilated dead body of Sachin and their collective efforts to cause disappearance of the body of Sachin and Rahul has shocked the collective conscience of the Society. The present case clearly comes within the category of "rarest and rare case" and therefore we hold, the question of any other punishment is unquestionably foreclosed."

Observing that corruption is a disease, High Court directed the Economic Offences Wing to register a FIR against the current Deputy Chief Minister of Maharashtra Ajit Pawar and other state politicians for their alleged involvement in the State Co-operative bank scam.

Ajit Pawar was one of the Directors in Maharashtra Co-Operative Bank at the time of the alleged irregularities. Various instances were cited in an enquiry report (conducted by NABARD) regarding loans sanctioned for relatives of various top executives of the said bank, many of whom were politicians from NCP, Congress Party, Shiv Sena and BJP. In many instances, these loans were written off as NPAs. The accused allegedly caused losses of over Rs 1,000 cr to the state co-operative bank between 2007 and 2011.