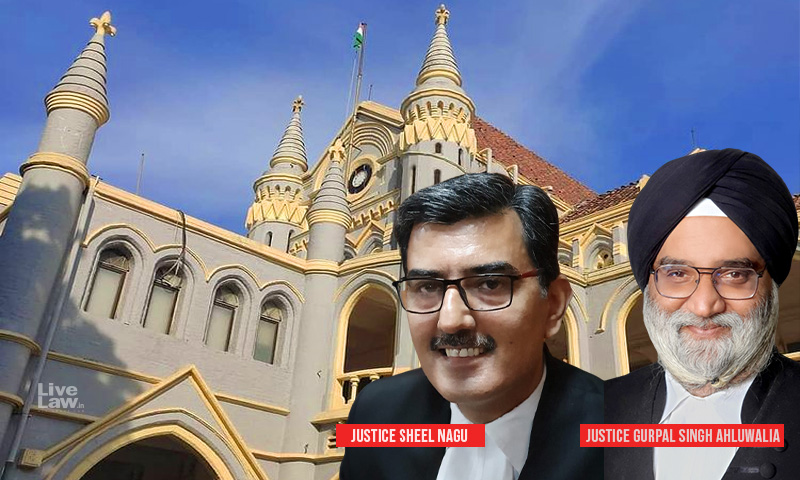 The Madhya Pradesh High Court on Monday (May 31) issued notice to Madhya Pradesh High Court and State Government on a plea by 4 Legal Journalists who have moved the High Courts seeking permission for Live-streaming and Live-reporting.A Division Bench of Justices Sheel Nagu and GS Ahluwalia issued the notices while observing that the Petitioners have an arguable point and posted the matter...

A Division Bench of Justices Sheel Nagu and GS Ahluwalia issued the notices while observing that the Petitioners have an arguable point and posted the matter for further hearing on June 9.

However, the Court did pose a question regarding the right of the media to report Court observations, conversation with the lawyer not forming part of the Court's proceedings.

Significantly, Justice Sheel Nagu specifically observed that as far as the question of the court being open for public view is considered, Court proceedings should be open, the same shall be held in public view, unless that person creates nuisance and that Court must be open to all.

Arguments and submissions made

Arguing for the Legal Journalists, Senior Advocate Nidhesh Gupta submitted that the Media has the right [under Article 19 Of the Constitution of India] to report Court's conversation with the Lawyer.

"Sunlight is the best disinfectant", a five-Judge Bench had observed in this Judgment.

Further, it was argued that Live Reporting is not prohibited anywhere in the Country (under various High Courts' VC Rules) and that the Rules Governing the Madhya Pradesh High Court VC Hearings are opposite to the rules in other High Courts of the Country.

However, the Court questioned as to what extent the media has the right to the oral observations, as the same doesn't have the sanctity and such observations are not part of the official order."

Importantly, the court also observed that the main outcome of the proceedings i.e., order/judgment is already in public view

To this, Senior Advocate Nidhesh Gupta said that even the Supreme Court, in the Case of The Chief Election Commissioner of India v. M.R Vijayabhaskar & Ors., 2021 has allowed live reporting of Court proceedings.

He argued that the oral remarks and exchanges made within the Courtroom between the Lawyer and the Judges are part of judicial proceedings and thus, the media has the right to report the same.

The Supreme Court said that the media cannot be stopped from reporting the oral observations made by the judges during the hearing of a case.

The Court observed that the discussions in the court are of public interest, and that the people are entitled to know how the judicial process is unfolding in the Court through the dialogue between the bar and the bench.

The Court also added that the reporting of the court discussions will bring more accountability for the judges and will foster citizens' confidence in the judicial process.

The journalists, Nupur Thapliyal, Sparsh Upadhyay, Areeb Uddin Ahmed, and Rahul Dubey have challenged the MP Video Conferencing & Audio-Visual Electronic Linkage Rules, 2020 to the extent they preclude 'third parties' from accessing virtual court proceedings and cause difficulty to media persons in real-time reporting on a public forum for citizens.

Under the impugned rules, only Advocates engaged in the case, are permitted to appear and plead before the Court when the hearing is done through video conferencing. Any other person, who doesn't fall within the definition of 'required person' or has no direct relationship with the case, is completely barred from attending the VC proceedings.

Rule 16 of the impugned Rules prescribe that Third parties will be allowed to remain present during video conferencing upon a "specific order" being issued by the concerned Court.

In this backdrop, the Petitioners represented by Advocate Manu Maheshwari have averred,

"That the Journalists and media persons are allowed to attend the hearings only on a 'specific order' issued by the 'concerned Court', which means that if an order is not issued by the concerned Court, then the journalist like the petitioners cannot attend the proceedings and [they won't be able to cover the orders, outcome and arguments advanced by the Advocates during the hearing] they always risk adverse action being instituted against them for attending the said proceedings unauthorizedly."

It is stated that the journalists are forced to join virtual proceedings with proxy /pseudo names because if any person specifies his actual name, then the moment Court or the technical staff detects his/her presence, due to operation of impugned rules they are being immediately disconnected/eliminated from the virtual proceedings.