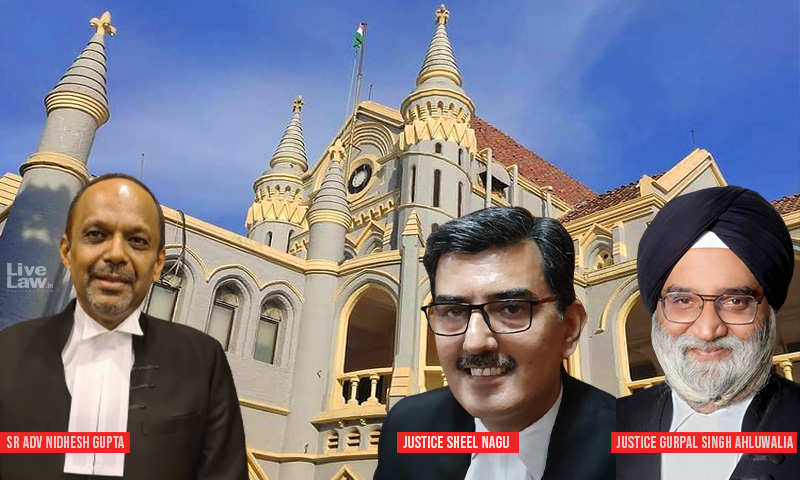 The matter was heard today for almost an hour by the Bench presided by Justice Sheel Nagu and Justice Gurpal Singh Ahluwalia with the petitioners being led by Senior Advocate Mr. Nidhesh Gupta assisted by Advocate ManuMaheshwari.

The Legal Journalists, Nupur Thapliyal, Sparsh Upadhyay, Areeb Uddin Ahmed, and Rahul Dubey have challenged the MP Video Conferencing & Audio-Visual Electronic Linkage Rules, 2020 to the extent they preclude 'third parties' from accessing virtual court proceedings and cause difficulty to media persons in real-time reporting on a public forum for citizens.

At the outset, Senior Advocate Nidhesh Gupta argued that Rule 16 of the VC Rules turns the concept of 'Open Courts' on its head upside down and it makes 'seeking permission for Court access' a rule and 'unrestricted access' an exception.

He further submitted that the other High Courts of the country do not have such retrogressive rule, which compromises with the fundamental principle of 'Open Courts' and 'Transparent Justice'.

To this, Justice Nagu remarked:

"Whether the journalists can claim a Fundamental Right to report whatever goes on even as part of informal discussions between the Bench and the Counsel or whether it must be confined and restricted only to the Judgments and the Orders; Won't it amount to asking for too much by claiming a right to know and report whatever constitutes part of oral observations and discussions from the Bench. Whether a 'dialogue per se' can constitute 'Court Proceedings' to be claimed as a right to be reported? It's like a 'manufacturing process, where the final product is the judgment you can't claim a right to know about the manufacturing process itself which may be required to keep it confidential."

To this, Mr. Gupta said that the intent of Supreme Court in the Judgment of the Chief Election Commissioner Case is that even dialogues, discussions, oral observations of the Bench constitute part of the 'Court Proceedings' and resultantly covered within the ambit of freedom of speech under Article 19(1)(a) & principles of 'Open Courts', a statutory right under CPC & CrPC.

He also submitted that Swapnil Tripathi case(which approved live-streaming of proceedings in principle) is the authority on the point, which clearly says that whatever transpires orally between the Bench and the Counsels for the parties can be construed as the part of the 'Court Proceedings.

To this, Justice Ahluwalia responded by saying:

"If your argument is accepted, then we are throwing open everything in public. Suppose a Judge orally expresses his mind that a case is within his jurisdiction, but later on, decides it to be without jurisdiction and dismisses a petition. In such a case, won't public confidence be affected owing to the contradiction between what he said and the order he passed, especially in the context of Section 362, CrPC. This all would lead to serious complications in the Court Proceedings with the public doubting the judicial process, which is not generally aware of exactly how the courts are conducted. Rule 16 protects the confidentiality of Court Proceedings and freedom must be confined to finally passed orders and judgments and not everything discussed orally within the Court."

Further, Senior Advocate Gupta argued that till a judge signs an order finally, he can always change it and once he finally signs the order, then he is bound by it.

He said that technically, oral observations in Court cannot bind the Judge, but are necessary for the public to know how the justice is dispensed with and that in any case, rules can't take away the Fundamental Right under Article 19.

In this context Justice Ahluwalia said:

"Consider an example, a lawyer in the course of the arguments, being fair to the Court gives a concession saying that his concession may not be recorded, on any proposition of law and accedes to the observations of the Court, which is happening in almost many cases. The Court does not record his concession and the media reports the entire proceedings on the next date about the concession given by the lawyer. This will have serious ramifications on the lawyer's profession as professional misconduct complaints may be instituted against him before the Bar Council. The difficulties are many, if your argument is accepted."

In response to this, Mr. Gupta argued that Transparency and openness have their own price and if once the proceedings go live or are reported, then automatically every person participating in the proceedings is scrupulous about his or her conduct in the Court and just because of a few difficulties, we can't say that the Rule becomes justified.