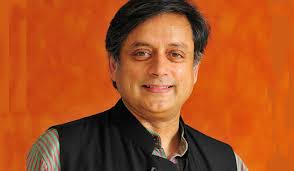 "My lawyer has sent a 6-page formal notice to the CPIM TV channel for inventing and broadcasting false claims about my alleged association with the principal suspect, who was a complete stranger to me. I've had enough of being vilified for political reasons", the MP said in his Facebook post.

The Legal notice, which has been issued through Advocate Suraj Krishna, requires the news channel to recall the defamatory statements made in the News Portal and through its Social Media platforms. The notice requires Kairali TV to publish an apology in this regard.

My lawyer has sent a 6-page formal notice to the @CPIMKerala TV channel for inventing & broadcasting false claims about my alleged association with the principal suspect, who was a complete stranger to me. I've had enough of being vilified for political reasons. [Pg.1&6 attached] pic.twitter.com/CkW9adEfn6

"Nonetheless, to those political opportunists seeking to associate me with the scandal, let me make it clear there has never been a single person employed by the Consulate on my recommendation and I have no prior contact with any of the accused. I neither had met nor recommended them. ", the MP had earlier tweeted. He added that he supports the call for a thorough CBI investigation, including tracing the call records &contacts of the accused to identify all the culprits and their accomplices.

The case is about smuggling of 30 kilograms of gold through Thiruvananthapuram airport using diplomatic cargo dispatched to UAE Consulate at the state capital. The Customs department has arrested Sarit Kumar, who used to work as a Public Relations Officer at the Consulate, in connection with the case. Two suspects, Sandeep Nair and Swapna Suresh, are on the run. The case has snowballed into a political controversy due to Swapna Suresh's alleged links with M Sivasankar IAS, who was both the Principal Secretary to the office of Chief Minister and Secretary to the Department of Information Technology. Following the controversy, Sivasankar was removed from both the posts.

In the meanwhile, Swapna Suresh has moved the High Court of Kerala seeking pre-arrest bail, stating that she has no connection with the smuggled gold and that she was only following the instructions of the UAE Consulate while contacting the Customs officials in connection with the delivery of the diplomatic cargo. Her bail application is listed before the Court tomorrow.

The Union Ministry of Home Affairs has permitted the National Investigation Agency(NIA) to investigate the case.