'Condition Of Children Pathetic': NHRC Issues Notice to Centre, Bihar On Denial Of Mid-Day Meals Due To Closure Of Schools 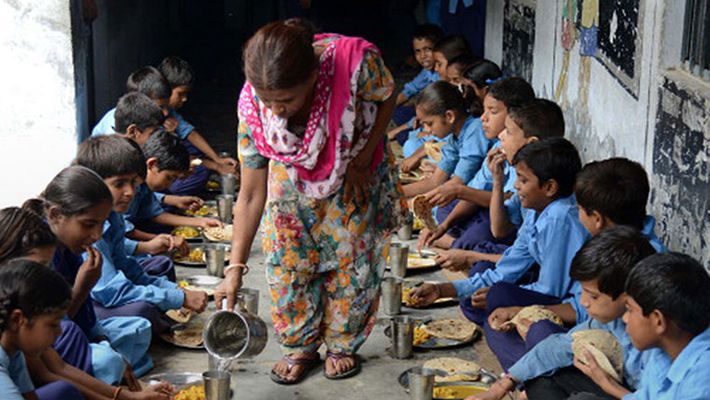 The National Human Rights Commission (NHRC) has issued notice to the Union Human Resource Development Ministry along with the Government of Bihar after taking Suo Motu cognizance of the difficulties of impoverished children in Bhagalpur who have not been supplied with mid-day meals due to the extended closure of schools.

It is informed, through a Press Release dated July 6, 2020, that NHRC has sought a detailed response from the Secretary, Department of School Education and Literacy, Union Ministry of Human Resource Development, as well as the Chief Secretary of Bihar in 4 weeks.

The Commission took note of the situation based on a media report pertaining particularly to Bhagalpur district in Bihar, which suggests that destitute children are not getting mid-day meals and are, therefore, having to work and fend for themselves.

"Reportedly, earlier the children were able to get roti, rice, vegetables, dal, soya and eggs in the mid-day meal which has now disappeared and the children are not only starving but getting involved in petty dirty works. The people residing in these areas belong to below poverty line, who do garbage collection, begging or working for the contractors to collect waste etc. Their children, who could have some food in the schools, are now starving and suffering from malnutrition."

According to the media report, adds the Commission, the District Magistrate has claimed that money is being transferred to every affected child's (or their guardian's) account instead of the mid-day meal for the entire period during which schools have been shut.

The Commission further expressed its concern over the prevailing situation in Bihar, especially in Bhagalpur, and stated that other States do not seem to be facing similar problems.

Stressing on the significance of the mid-day meal scheme, the Commission observed that the same ensures protection of children's right to food and right to education, which is recognized as a Fundamental Right under Article 21-A.

"The facility of mid-day meal in the schools has definitely attracted the young children and their parents towards schools to continue their studies. The scheme has also helped children from the poor background to get education and save themselves from the malnutrition", observed NHRC.

Further emphasizing on the importance of the scheme, the Commission goes on to aver "that apparently amid lockdown across the country, the schools are not functional and the mid-day meal has been stopped due to which poor children are forced to indulge in small jobs which not only spoil their health but also push them towards petty crimes and other anti-social activities. The children in this condition will be prone to drug addiction and trafficking by the criminal elements of the society, involved in illicit activities."

Having acknowledged the Centre's efforts to introduce schemes to eliminate starvation deaths and alleviate children's suffering on account of malnutrition, the Commission, however, notes that the "condition of the children is pathetic." Further, alluding to the facts mentioned in the news report as 'alarming', NHRC has observed that there has been a serious violation of human rights.

In addition, NHRC has questioned the attitude of state governments in allowing such human rights volations.

the efforts of the Centre, the Commission observed that the Government of India has no doubt, introduced many schemes to ensure right to food and to ensure that there should be no deaths due to starvation and the young children do not suffer from malnutrition but the facts mentioned in the news report are alarming. The This is a serious issue of violation of human rights. The right to life, food, dignity and equality of the children are being violated due to negligent attitude of the state authorities.

"The condition of the children is pathetic. This is a serious issue of violation of human rights. The right to life, food, dignity and equality of the children are being violated due to negligent attitude of the state authorities."