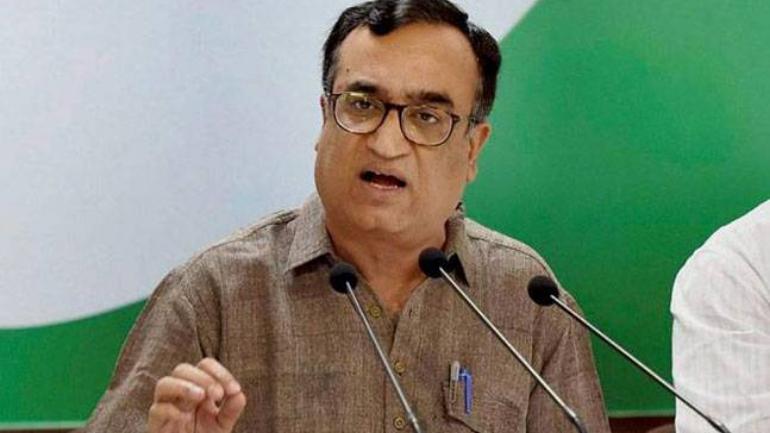 The National Human Rights Commission, NHRC, India has issued notices to the Government of NCT of Delhi and Union Health & Family Welfare Ministry on a complaint making serious allegations about the difficulties being faced by the general public in Delhi, due to non-availability of beds in the hospitals for the Covid-19 patients and inadequate number of tests leading to a grim state of...

The National Human Rights Commission, NHRC, India has issued notices to the Government of NCT of Delhi and Union Health & Family Welfare Ministry on a complaint making serious allegations about the difficulties being faced by the general public in Delhi, due to non-availability of beds in the hospitals for the Covid-19 patients and inadequate number of tests leading to a grim state of affairs and mismanagement, resulting in death of a large number of people.

The Commission has observed that the complainant, Mr.Ajay Maken, Ex-President, Delhi Pradesh Congress Committee, has not come up with mere allegations, rather he has made apparent sincere efforts to provide data in support of his complaint, which if true, raise serious issue of inappropriate approach of the government agencies towards the plight of the general public amounting to a serious issue of violation of human rights. The data indicates that there is urgent need for taking effective steps immediately by the government agencies.

Allegedly, there has been massive delay in conducting the last rites of those died during the pandemic period; tests on the bodies of the symptomatic deceased are also not being conducted violating the WHO and ICMR norms which can be extremely dangerous.

Issuing the notices, the Commission added that it would appreciate if both the Government of NCT of Delhi and Union Health & Family Welfare Ministry consider the matter in consultation with each other to ensure a comprehensive report within ten days. In the meantime, the government of NCT of Delhi is expected to increase the number of beds and tests per day, for the COVID patients.

The Commission has further observed that there have been many complaints coming to its notice from across the country relating to the difficulties being faced by the general public in getting timely medical treatment for COVID-19 illness and the national capital has been no exception. Suo-motu cognizance was also taken of such matters including one relating to death of a 32 year old Delhi Police constable, who lost to the deadly virus because he was not admitted in the hospital in time.

The Commission added that it also understands that this is an unprecedented situation for the government agencies, hospitals, doctors as well as patients and their families but the State cannot leave its citizens to die without making the best possible efforts. It is not incorrect to state that the number of Covid patients, in the country are increasing day by day and the recovery rate is above 48% but it is also true that a large number of people have died and the National capital is one of the worst affected cities so far.

According to the complaint, received by the Commission on 9th June, 2020, the COVID positive and its suspected patients are running from one hospital to another for admission, but the hospitals are turning them back. The chart provided by the complainant indicates that the NCT of Delhi has a robust hospital infrastructure of 57,194 beds. It has a significant presence of Central government Hospitals also but it is painful to see that only 12% of the Delhi Government, 8% of the Central Government institutions and 7% of the Private Hospital beds are presently occupied and are being used to treat COVID patients.

It is further stated that in Delhi around 70% dedicated beds are still lying vacant. While the residents of Delhi are struggling hard to fetch a bed in times of Corona crises, the Delhi government, despite confirming availability of beds is not providing the same to the patients who need them to save their lives. The complainant has insisted that at least 70% of Bed Capacity should be prepared and reserved for COVID patients.

The next issue raised in the complaint is that the Delhi Government has 38 Health Institutions or hospitals in Delhi and out of these hospitals, 33 are not accepting COVID patients. Only 5 hospitals have been designated as COVID Hospitals by the Delhi government and as a result, people of Delhi have to run from pillar to post in search of treatment for Covid-19.

The Complainant has also alleged that adequate number of tests are not being conducted by the Delhi government to detect the Covid 19 patients and the private labs which were earlier authorised to conduct the tests for the Covid patients, have been asked to stop conducting the tests.

It is alleged that as per latest bulletin a total 3700 have been conducted while the figure released on 29th May was 7649. The recovery rate of Delhi as mentioned in the complaint, is one of the lowest in India.

The Complainant has further stated that cremations are taking upto 5-6 days after death and relatives of the deceased have been found struggling to find slots. He has also stated that the government of NCT of Delhi is also violating the WHO and ICMR norms by not conducting tests on the bodies of the symptomatic deceased which can be extremely dangerous and may further strengthen the outspread of the deadly Coronavirus as ignoring symptomatic dead bodies means ignoring those who came in contact with such persons.

The complainant has referred to the recommendations made by Dr Mahesh Verma Committee, estimating a requirement of 42,000 beds by mid-July. It also stated that 20% of the beds in Delhi should be ventilator equipped. Hence, Delhi presently requires 1,700 ventilators, and by mid-July, around 10000 ventilators. As stated, there are only 472 ventilators dedicated for COVID patients in Delhi. Hence in order to protect the lives of the residents of Delhi, there is extreme need to enhance the number of ventilators, immediately.

Praying for immediate intervention of the Commission in the matter to protect human lives in Delhi, the Complainant has also invited its attention towards another issue that the Delhi Government has tweaked and relaxed the definition of containment zones. On 29th April, when there were just 3439 COVID positive patients, Delhi had 102 containment zones. At a time when Delhi has around 30,000 positive cases, the containment zones are merely 183. The complainant has expressed his concern that to open up areas affected with virus, is a dangerous practice as it will tremendously increase the outspread of the Corona virus, severely endangering human lives across the National Capital.