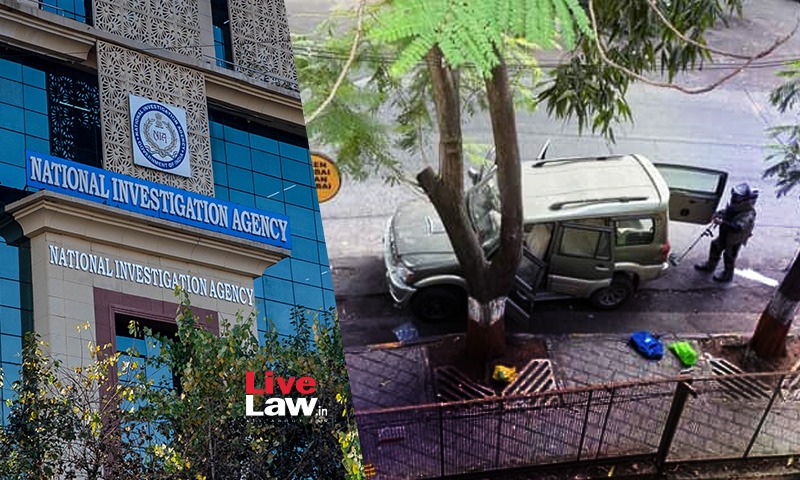 The National Investigation Agency has filed a nearly 10,000-page charge sheet against dismissed cop Sachin Waze, former encounter specialist and eight others in the Ambani Terror Scare and Mansukh Hiran Murder Case. The case pertains to the recovery of 20 gelatine sticks (explosives) and a threat note in a Mahindra Scorpio Vehicle near industrialist Mukesh Ambani's residence in Mumbai...

The case pertains to the recovery of 20 gelatine sticks (explosives) and a threat note in a Mahindra Scorpio Vehicle near industrialist Mukesh Ambani's residence in Mumbai on February 24, 2021, and the subsequent murder of businessman Mansukh Hiran.

Hiran's body was found from a creek in Thane, outside Mumbai, on March 5. He had claimed the Scorpio went missing from his possession a week earlier.

At the time, Waze, still attached to Mumbai Police, was the investigating officer of the explosives case. The NIA has now cited him as the prime accused. He was arrested on March 13, soon after the NIA took over investigations from the Maharashtra Police in March 8.

The National Investigation Agency has accused the arrestees of 19 offences under the IPC, Explosive Substances Act and Unlawful Activities (Prevention) Act for offences of 302(murder), 120B (conspiracy), 201(destruction of evidence), 364 (kidnapping) , 286 (negligence with explosives), 384,386 (extortion), 403 (dishonest misappropriation of property), 419 (cheating by impersonation), (465) forgery, 471 (using forged document as genuine), 473 (counterfeit plate) and 506(criminal intimidation) under IPC.

"During investigation incriminating evidences came to fore against the above mentioned 10 arrested accused involved in various stages of conspiracy of placing explosive laden Mahindra Scorpio vehicle, its theft and commission of murder of Mansukh Hiran," the NIA said in their press statement.

According to sources, the agency has cited around 200 witnesses, 164 statements (recorded before a magistrate), and the NIA has not accused all the arrestee's under UA(P)A.

The accused are as follows