NIA To Take Over Investigation Of Bengaluru Riots Case 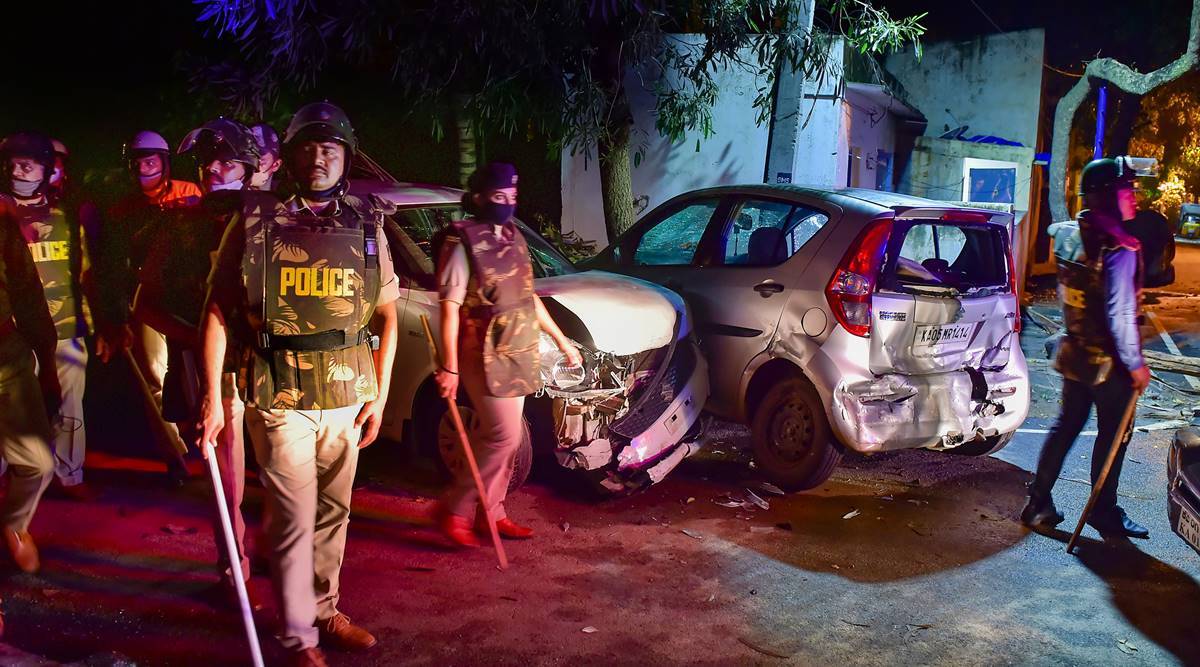 The National Investigation Agency (NIA) on Friday informed the Karnataka High Court that Central Government has taken a decision and is likely to pass an order either today or tomorrow, transferring two cases registered under the Unlawful Activities (Prevention) Act, in respect of the violence that took place within the limits of the DJ Halli and KG Halli police station, on August 11,...

The National Investigation Agency (NIA) on Friday informed the Karnataka High Court that Central Government has taken a decision and is likely to pass an order either today or tomorrow, transferring two cases registered under the Unlawful Activities (Prevention) Act, in respect of the violence that took place within the limits of the DJ Halli and KG Halli police station, on August 11, to NIA.

Special Public Prosecutor for NIA, P Prasanna Kumar informed the court that "He has received oral communication that Central govt is likely to pass order transferring investigation of two cases where UAPA has been applied to NIA." He sought a week's time to place on record the order of the government.

Advocate General Prabhuling K Navadgi while reading out from the statement of objections filed in response to the petition filed by one Girish Bharadwaj, which sought transfer of investigation to NIA, said the Additional Chief Secretary (Home Department) had on September 3, sent an email to Secretary of Union Ministry of Home Affairs about invoking provisions of UAPA in two cases. The Central government has under the provision of the NIA Act, 15 days time to take a decision to transfer the investigation. I am told some decisions have been taken."

Following which Kumar informed that "Central government has taken a decision to hand over the investigation of those cases where UAPA has been invoked. We are awaiting orders from the Central Government." Navadgi said that "In view of the statement made this would be a major development."

Navadgi also placed on record the compliance reports in regards to appointing Retd Justice H S Kempanna as Claims Commissioner to estimate and investigate the damages caused on account of the destruction of property, which occurred within the limits of D.J. Halli and K.G. Halli Police Station limits. A nodal officer is appointed to assist the Claim Commissioner the court was informed. He also placed on record investigation reports carried out by the state police.

A division bench of Chief Justice Abhay Oka and Justice Ashok S Kinagi directed the NIA counsel to place on record the government order transferring investigation from the state police to NIA on the next date of hearing, September 21.

The court also issued notice on a petition filed by ALL INDIA MILLI COUNCIL, KARNATAKA, through their advocates Arnav A Bagalwadi and advocate H C Prateek.

The petition prays for directions for a court monitored investigation into the Bangalore riots case. Also seeks a judicial probe into the Bangalore Riots case to ascertain what led to the violence and to submit detailed reports, FIR and other investigation materials before the court on the manner of arrest of the hundreds of citizens. Further, direct to initiate departmental action against police officers who are guilty of dereliction of duty and have violated the due process of law and the Guidelines of the Supreme Court in arresting the innocent citizens and framing them in false cases by registering multiple FIRs on each of the persons.

To direct amalgamation of FIRs registered by the respondent police station into two FIR one of D.J.Halli Station and another from K.G.Halli Police Station as most of the complaints were registered suo moto. Also to direct compensation to the family members of the persons who died due to police firing and also provide any one of their family compassionate appointments in the Government Department.

According to the police on August 11, a mob of around 300 people gathered near D.J. Halli Police Station, protesting against an allegedly derogatory comment on Prophet Mohammed, posted by one P. Naveen on his Facebook page. An FIR was lodged on the basis of a complaint submitted by one Firdous Pasha, for offences under Section 295-A and 153 of the Indian Penal Code.

Despite the registration of the FIR and the best efforts of the police to pacify the crowd, the mob that had gathered outside the Police Station refused to disperse and only increased in numbers. They then proceeded to gather outside the residence of Akhanda Srinivasa Murthy, who is an MLA, from Pulikeshi Nagar constituency and caused extensive damage to his house and property.

More than 80 police personnel were injured in the violence. The mob also burnt private vehicles and property, caused extensive damage to buildings of private and commercial establishments, and also looted them. A total of 64 criminal cases have been registered so far and investigation is under process. Over 300 people have been arrested in the case.