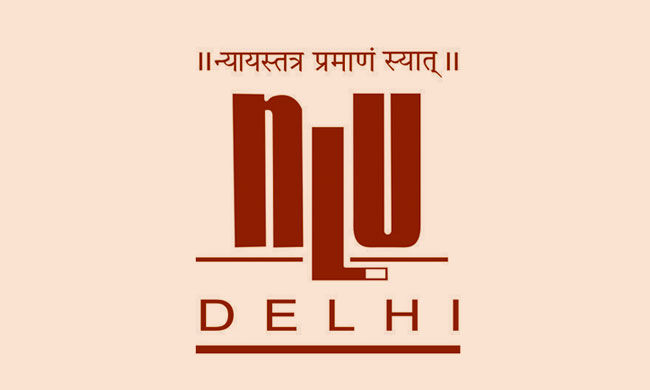 The Delhi High Court has prima facie observed that the decision of the National Law University-Delhi to introduce 50% horizontal reservation from the academic year 2020-2021 for students who have passed qualifying examination from recognized institutes in the National Capital Territory was taken "in haste without acting in accordance with the NLU Act".The Court noted that the Vice Chancellor...

The Delhi High Court has prima facie observed that the decision of the National Law University-Delhi to introduce 50% horizontal reservation from the academic year 2020-2021 for students who have passed qualifying examination from recognized institutes in the National Capital Territory was taken "in haste without acting in accordance with the NLU Act".

The Court noted that the Vice Chancellor had no power to take such a decision "unilaterally", side stepping the Governing Council, before which the matter was pending consideration.

On July 13, 2019, the Governing Council of the University - comprising the Chief Secretary, NCT of Delhi, Principal Secretary (Finance), Secretary (Higher Education) and the Principal Secretary (Law, Justice and Legislative Affairs) - had taken up the issue of horizontal reservation. Without taking any final call on the matter, the Council constituted a committee comprising Justice N V Ramana, Supreme Court judge, Chief Secretary, NCT Delhi, and Secretary, Higher Education, Government of Delhi and the Registrar, NLU, Delhi to examine the matter.

Without waiting for the final decision of the Committee, the decision to introduce horizontal reservation was taken by the Vice Chancellor on January 14, 2020.

This, the Court said, was seemingly under the pressure from the Government of National Capital Territory of Delhi (GNCTD).

The bench comprising Justices Subramonium Prasad and Hima Kohli noted that the State has been exerting pressure on NLU Delhi to provide reservation to the extent of 85 per cent for students of Delhi on the premise that the same was being done in all the State Universities in Delhi.

The Court made this observation from the the record of discussions held between the Vice-Chancellor, NLU Delhi with the Secretary GNCTD, Delhi on December 23, 2019, and the letter dated March 6 sent by the Directorate of Higher Education sent to the Vice Chancellor NLU Delhi.

The Court also noted that GNCTD, which provides funds for NLU D, had been ignoring the repeated demands made by the University for more funds to increase seats and infrastructure for implementation of reservation for OBCs and other weaker sections of the society.

To 'buy peace' with the GNCTD, the NLUD succumbed to its pressure.

"It appears that the respondent No.3/NLU, Delhi succumbed to the pressure that was being constantly exerted by the respondent No.1/GNCTD only to buy peace and without awaiting the recommendations of the Committee", the Court said.

When the Governing Council is the Supreme Body and the Statute vests powers on it to take all policy decisions relating to the University, it is incomprehensible as to how the  Council could be side-stepped and the impugned Admission Notification dated 14.01.2020 and the Admission Guidelines be issued providing for horizontal reservation".

The bench said that "there was no tearing hurry" for the University to proceed with horizontal reservation for the present academic year.

Grave prejudice will be caused if notification not stayed

The Court stated that grave prejudice will be caused if the notification was not stayed. It noted that the applications for the present year had dwindled to 18,000 from 24,000 of the previous year.

"This significant reduction in the number of applications received by the respondent No.3/NLU, Delhi, is a telling comment on the change made in the admission policy for the academic year 2020-21", it said.

Observing that the petitioners have made out a "prima facie" case, the Court stayed the notification and ordered that "Status quo ante as of the previous academic year shall be maintained for making admissions to the BA LL.B (Five Year Programme) and LL.M (One Year Programme) in NLU, Delhi, for the academic year 2020-21" .

The Court clarified that its observations are of prima facie view and that the merits of the matter will be decided after detailed hearing.

The order was passed in the writ petitions filed by Balwinder Sangwan and Pia Singh, who challenged the University's decision.