NMC Can't Withhold Approval Of A Medical College On Ground Of Pendency Of CBI Probe Against It: Madhya Pradesh High Court 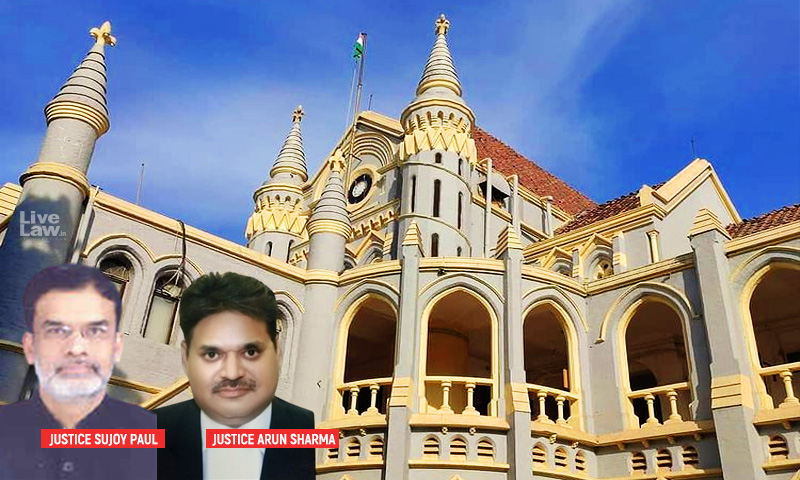 The Madhya Pradesh High Court today held that the National Medical Commission (NMC) cannot withhold the approval of any medical college on the ground that CBI probe on the admissions effected in the said medical college is pending against the Management and Trustees of the said Medical College.The bench of Justice Sujoy Paul and Justice Arun Sharma was hearing a plea...

The Madhya Pradesh High Court today held that the National Medical Commission (NMC) cannot withhold the approval of any medical college on the ground that CBI probe on the admissions effected in the said medical college is pending against the Management and Trustees of the said Medical College.

The bench of Justice Sujoy Paul and Justice Arun Sharma was hearing a plea filed by petitioner institution L.N. Medical College & Research Centre, whose request for an increase of MBBS seats from 150 to 250 was turned down by the NMC on the ground that a CBI probe was pending against the Management and Trustees of the institution.

NMC had rejected the Application for an increase of intake by 100 seats of MBBS course on 10th January 2022 on the ground that the Governing Board of NMC had decided to withhold the approval of all those Medical Colleges in the country against the Management and Office Bearers of whom the CBI inquiry/investigations were pending.

It may be noted that National Medical Commission is an Indian regulatory body of 33 members which regulates medical education and medical professionals.

Before the Court, the petitioner institution primarily contended that NMC can take a decision regarding approval or disapproval for an increase of seats by taking into account the criteria mentioned in Section 29 of The National Medical Commission Act, 2019.

It was further argued that the pendency of the CBI probe is no ground to disapprove the request for an increase of seats and since the NMC had denied the request of the basis of the pendency of CBI Probe, it was prayed before the Court that NMC's rejection order be set aside.

The College represented through Advocate Siddharth R. Gupta, assisted by Advocate Shivam Baghel lastly sought a direction to the NMC to decide on their approval unaffected by the pendency of CBI inquiry for the session 2021-2022.

On the other hand, NMC argued before the Court that there were serious allegations of irregularities in the admissions carried out in the year 2013-14 to MBBS UG courses, in view of which allegations only, the UOI and NMC had taken the joint decision to withhold the approval of colleges against whom inquiries pertaining to such serious allegations were pending.

It was contended that the Petitioners have a statutory remedy of appeal before the NMC and the Central Government/GOI, which ought to have been availed before approaching the Writ Court directly, for which reason the Writ Petition is premature.

Lastly, it was submitted that the Court cannot direct the authority to act in a particular manner and consider certain circumstances for grant of approval and ignore others, which are equally pressing and cogent.

NMC was represented through Adv. Anoop Nair and the Union of India, through Additional Solicitor General J. K. Jain.

At the outset, the Court observed that Medical Assessment Rating Board, constituted under NMC has to act within the four corners of Section 28 read with 29 of the NMC Act, which nowhere confers any power to withhold or reject approvals on the ground of pendency of CBI Inquiry against the management or trustees of the concerned Medical College.

Regarding NMC's argument that the petitioner be relegated to the alternative remedy available under the Act, the Court was of the view that relegating the petitioner at such a belated stage in the middle of counseling would seriously jeopardize their prospects of getting approval and participating in the counseling process when the NMC itself delayed the whole process of the decision on the application for grant of approval and bought it to the threshold of counseling and admission process.

Against this backdrop, the Court issues the following directions:

In view of this, the impugned order dated 10.01.2022 of the NMC was set aside. The NMC was directed to take a decision on the application of the petitioner for an increase of MBBS seats from 150 to 250 in accordance with law before 8th February, 2022.