No Contempt Against Enforcement Of Lockdown Measures: Delhi HC Dismisses Plea With Rs.10000 Cost To Be Paid To "PM Cares"Fund [Read Order] 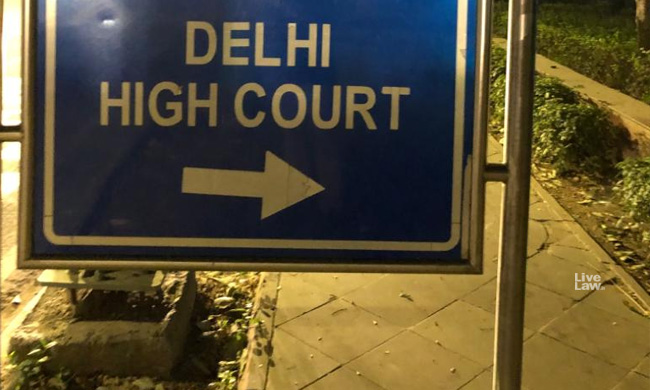 The Delhi High Court on Wednesday imposed costs on a charitable trust seeking extension of validity of the passes issued to it for movement during the lockdown for distributing essential commodities.

"It is not for the petitioner to treat itself as an "appropriate mechanism" for supply of essential commodities," the court held.

The court noted that the passes were being sought despite the institution being located in a COVID epicenter region that had been cordoned off by the Government of Delhi. Thus, remarking that petition was "ill-conceived", the bench of Justice C. Hari Shankar directed the institution to pay Rs. 10,000/- towards the PM CARES Fund, as costs.

The Civilian Welfare and Development Trust had filed a contempt petition stating that despite the order of a learned single judge of the high court dated April 8, the respondent authorities did not extend the validity period of their 'essential services passes'. Thus, apposite directions against 'wilful disobedience' of a court order were sought.

During the course of hearing however, the bench was informed that the Trust was situated in Chandni Mahal area, where 102 positive COVID cases had surfaced. Consequently, by an order dated April 10, the Government of Delhi had cordoned off that area for containment purposes and it was in this backdrop that the passes had not been extended.

"It cannot be said, by any stretch of imagination, that there has been any contemptuous or wilful disobedience, or otherwise, of the order, dated 8th April, 2020, passed by this Court in WP (C) 2954/2020 already extracted herein-above. Significantly, the said order had been passed before the issuance of the containment order, dated 10th April, 2020, by the GNCTD," the bench thus observed.

"The "appropriateness" of the "mechanism" has necessarily to be left to the discretion of the concerned authorities, who are in seisin of the issue. It is not for the petitioner to treat itself as an "appropriate mechanism" for supply of essential commodities. Had the petitioner been serious about its intentions, it was always open to the petitioner to contact the SDM, Kotwali and the SHO, P.S. Chandni Mahal in this regard. It does not appear that any such attempt was made."

Justice Hari Shankar went on to note that the Central, as well as the State Governments had been "straining every sinew" to curb the spread of corona virus and that the courts were duty bound to stamp out such "ill-conceived" petitions.

"the Government, is aimed at ensuring, as far as possible, limited exposure, of the country and its denizens, to the n-COVID-2019 virus. Judicial notice may be taken of the fact, apparent at ground level, that the Central, as well as the State Governments – including the GNCTD – are straining every sinew, in achieving this aim and are committed to making no compromises, whatsoever, on that score. We have, as it is, naysayers aplenty, and it is the duty of courts to step in and ensure that the efforts, of the executive administration, to somehow tide over the crisis, are not subjected to roadblocks in the form of abortive and ill-conceived litigative exercises. This court, were it to at all entertain the present contempt petition would, in my view, be acting in eminent opposition to public interest," the bench concluded.