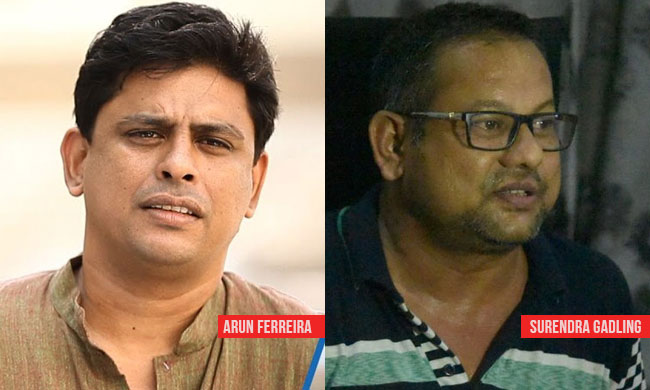 Activist and lawyer Arun Ferreira's advocate told the Bombay High Court on Friday that prosecution had no incriminating evidence against his client in the caste-based violence that took place in Koregaon Bhima, Pune and that he was being targeted due to his acquaintance with Surendra Gadling and Indian Association of People's Lawyers (IAPL).

Justice SV Kotwal has been hearing the bail applications filed by Vernon Gonsalves, Sudha Bharadwaj and Arun Ferreira on a day to day basis.

Ferreira's lawyer Sudeep Pasbola asserted that his client is an activist and lawyer who worked for tribal rights. Ferreira, who spent 5 years in Nagpur jail after being booked under Unlawful Activities (Prevention) Act, was acquitted in all 12 cases that were registered against him. Surendra Gadling was Ferreira's lawyer at the time.

Ferreira had completed his law from Siddharth Law College after coming out of prison. Once Gadling, who has also represented Professor GN Saibaba, was arrested, Ferreira started representing him.

This brought him under Pune police's scanner, Pasbola submitted.

He pointed out that Ferreira was not named as an accused in the case initially, and his name was added to the list of accused in the supplementary charge sheet filed by the Pune police.

"Neither the nine letters and nor the two statements of witnesses, link him to the alleged conspiracy, or provide any incriminating evidence against him. IAPL is not a banned organisation under the Unlawful Activities Prevention Act, but the fact that Ferreira had participated in the golden jubilee celebrations of the CPI (Maoist) movement was being used as evidence against him" Pasbola argued.

In one of the letters relied upon as evidence by Pune police, it is claimed that Ferreira was tasked with attending a meeting of IAPL in Kerala on December 9-10, 2017. According to the police, Ferreira's call detail record (CDR) confirms that he was in Kerala on the said dates.

Also, the said meeting was held to commemorate the golden jubilee of the Naxalbari movement in India, Police have said.

Pasbola, argued that the police had not placed anything on record to prove that such a meeting or conference was held.

The hearing will now continue on Monday.