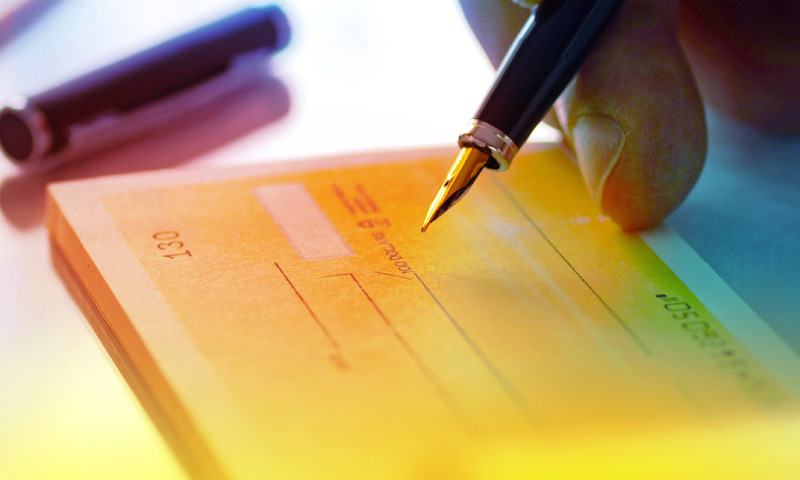 In a case regarding the Dishonor of Cheque against a private limited company, the Delhi High Court held that the Non-executive Directors of the company cannot be held liable for the dishonour of cheque without specific allegations against them. The single bench of Justice Manoj Kumar Ohri said, "To fasten the criminal liability under The Negotiable Instruments Act, 1881,...

In a case regarding the Dishonor of Cheque against a private limited company, the Delhi High Court held that the Non-executive Directors of the company cannot be held liable for the dishonour of cheque without specific allegations against them.

"To fasten the criminal liability under The Negotiable Instruments Act, 1881, the generalized averment without any specific details as to how and in what manner, the petitioners (independent Non-executive Directors) were responsible for the control and management of affairs of the company, is not enough."

The petition was instituted under Section 482 of Cr.PC challenging the order passed by the Metropolitan Magistrate where the petitioners (Sunita Palta and Bhagwan Singh Duggal) were summoned for the offence punishable under Section 138 N.I. Act.

In the present case, initially, a complaint was filed against the respondent private limited company (M/S Kit Marketing Private Limited) along with 7 other accused persons including the petitioners who were independent Non-executive Directors of the said company. The complaint was filed under Section 138 read with Sections 141/142 of the NI Act.

The respondent, in this case, a private limited company (M/S Kit Marketing Pvt. Ltd.) engaged in the business of plywood. The said company was a regular purchaser of goods from the complainant on credit basis. When there was an outstanding balance of Rs.36,46,785/- payable by the said company, four account payee cheques were issued for the same.

When the cheques were drawn by the complainant's bank, the same was returned unpaid to the complainant with the remarks "Funds Insufficient". Accordingly, the complaint was filed against the company as well as the petitioners under Section 138 read with Sections 141/142 NI Act.

The petitioners contended that they were the independent Non-executive Additional Directors and never involved in the day to day affairs of the company at any point of time.

The complaint alleged that the managing directors and directors are responsible for the control and management and day to day affairs of the company and are liable for being the signatories of the cheques in question.

The court, in this case, pointed out the dictum laid down in Pooja Ravinder Devidasani v. State of Maharashtra & Anr. where the issue was relating to the vicarious liability of a Non-executive Director. The apex court said,

""17...Non-executive Director is no doubt a custodian of the governance of the Company but does not involve in the day-to- day affairs of the running of its business and only monitors the executive activity. To fasten vicarious liability under Section 141 of the Act on a person, at the material time that person shall have been at the helm of affairs of the Company, one who actively looks after the day-to-day activities of the Company and particularly responsible for the conduct of its business. Simply because a person is a Director of a Company, does not make him liable under the N.I. Act. Every person connected with the Company will not fall into the ambit of the provision. Time and again, it has been asserted by this Court that only those persons who were in charge of and responsible for the conduct of the business of the Company at the time of commission of an offence will be liable for criminal action. A Director, who was not in charge of and was not responsible for the conduct of the business of the Company at the relevant time, will not be liable for an offence under Section 141 of the N.I. Act."

Further, the court also relied on a recent decision of the Supreme Court in Chintalapati Srinivasa Raju v. Securities and Exchange Board of India, where it was held,

" "23....Non-Executive Directors are, therefore, persons who are not involved in the day-to-day affairs of the running of the company and are not in charge of and not responsible for the conduct of the business of the company."

In addition to these two cases, the court also relied on several decisions of the similar effect laid down by the Supreme court as well as Coordinated benches of the Delhi High court.

The court also examined sub-section (6) and (12) of Section 149 of the Companies Act 2013 which defines "independent director" as,

(a) who, in the opinion of the Board, is a person of integrity and possesses relevant expertise and experience;

(b) (i) who is or was not a promoter of the company or its holding, subsidiary or associate company;

(ii) who is not related to promoters or directors in the company, its holding, subsidiary or associate company."

(12) Notwithstanding anything contained in this Act,-

(i) an independent director;

(ii) a non-executive director not being promoter or key

managerial personnel, shall be held liable, only in respect of such acts of omission or commission by a company which had occurred with his knowledge, attributable through Board processes, and with his consent or connivance or where he had not acted diligently."

"Admittedly, the petitioners are neither the Managing Directors nor the Authorized Signatories of the accused company."

"A perusal of the complaint filed under Section 138 r/w Sections 141/142 of NI Act filed by the complainant shows that except for the general allegation stating that the petitioners were responsible for control and management and day to day affairs of the accused company, no specific role has been attributed to the petitioners. To fasten the criminal liability under The Negotiable Instruments Act, 1881, the above-generalised averment without any specific details as to how and in what manner, the petitioners were responsible for the control and management of affairs of the company, is not enough", added the court.