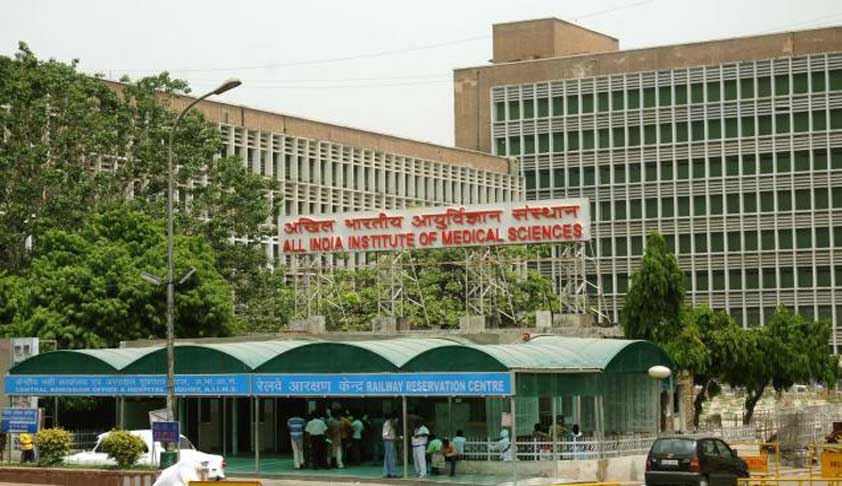 The All India Institute of Medical Sciences has informed the Delhi High Court that the hospital's main facility is not an exclusive COVID19 facility, and the patients of other ailments are getting treatment in AIIMS.The said information was given by Mr Anand Varma, who was appearing for AIIMS in a plea seeking adequate treatment of underprivileged persons who are suffering from non-COVID...

The All India Institute of Medical Sciences has informed the Delhi High Court that the hospital's main facility is not an exclusive COVID19 facility, and the patients of other ailments are getting treatment in AIIMS.

The said information was given by Mr Anand Varma, who was appearing for AIIMS in a plea seeking adequate treatment of underprivileged persons who are suffering from non-COVID chronic diseases such as cancer, TB, in government hospitals.

In light of the submissions, the Division Bench of Justice Vipin Sanghi and Justice Yogesh Khanna has directed Central as well as the Delhi Government to place on record the list of hospitals where these patients could receive treatment for ailments other than Covid-19, free-of-cost according to their eligibility.

The court has also directed AIIMS to state whether these patients could be provided treatment at AIIMS itself, as they were receiving earlier.

The present PIL was filed by Karan Sethi to address the grievance of about hundred out station patients and their attendants, who, it is stated, were earlier being provided treatment at AIIMS. However, since AIIMS was declared a facility for COVID19 patients, these patients who were given free treatment at AIIMS are now rendered helpless.

Therefore, the Petitioner wants free treatment for these non-COVID patients either in AIIMS or in any other government hospital.

The Petitioner also highlighted the plight of these patients who are living in Rain Baseras opposite AIIMS. It is submitted that these patients have low immunity as they're suffering from chronic diseases such as cancer, which makes them vulnerable to COVID19 if they continue to live in such conditions.

It was further submitted by the Petitioner that the Delhi Government has come out with an Office Memorandum on the subject of amendment to the guidelines issued for operatilising assistance through Delhi Arogya Kosh (DAK). He contended that the eligibility to avail of the said facility is restricted to patients who are residents of Delhi.

Thus, this office memorandum, the Petitioner argues, does not cover the patients highlighted in the petition as most of them come from areas outside Delhi, and hence, cannot be provided free treatment in AIIMS.

Gargi School Building, which is stated to be located in Green Park Extension. It is also disclosed that as against the capacity of 568 persons in 11 such tents, 255 persons were being sheltered.

When the concern regarding sanitisation of the said school building was raised by the Petitioner, he was assured by the Delhi Government that the issue of sanitisation would be taken care of before shifting the said patients and their attendants.

While directing the Respondents to submit status reports, the court also directed the Petitioner to prepare a list of patients in respect of whom the present petition has been preferred. The said list should include their name, age, the particular ailment that they are suffering from, and the ID number issued by AIIMS (in case they have received treatment at AIIMS), or any other Government Hospital where they may have received treatment earlier.

The said has to be provided to the counsels appearing for the Respondents positively by May 04.