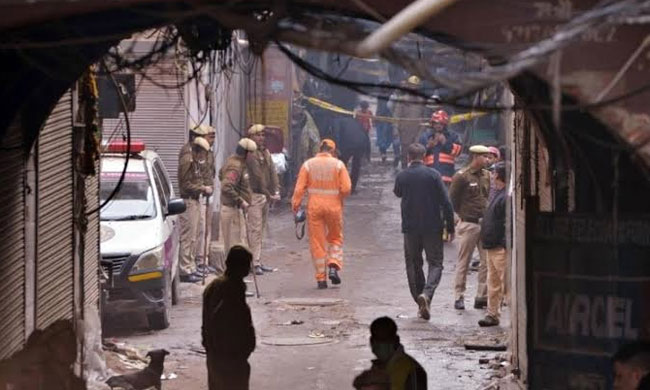 Delhi High Court has issued notice to Delhi Government, Central Government, Police Commissioner and Bihar Government in a plea asking the authorities to investigate the angle of child labour in the Anaj Mandi case.

The petition claims that there's a credible reason to believe that an attempt to cover up the fact that this is a gross case of child labour is underway at the part of the State Authorities.

Petitioner also mentions that its representatives went to LNJP hospital to interact with the relatives of the children who are admitted there, and they got to know that these children worked at these factories and were caught in the fire.

Therefore, It is apparent to the Petitioner from these conversations that there were a number of child labour employed illegally in the factories at the building where the fire broke out.

The Petitioner also claims that the actual number of deaths from the incident is much more than the retorted number of 45, and that most of these deaths are of children.