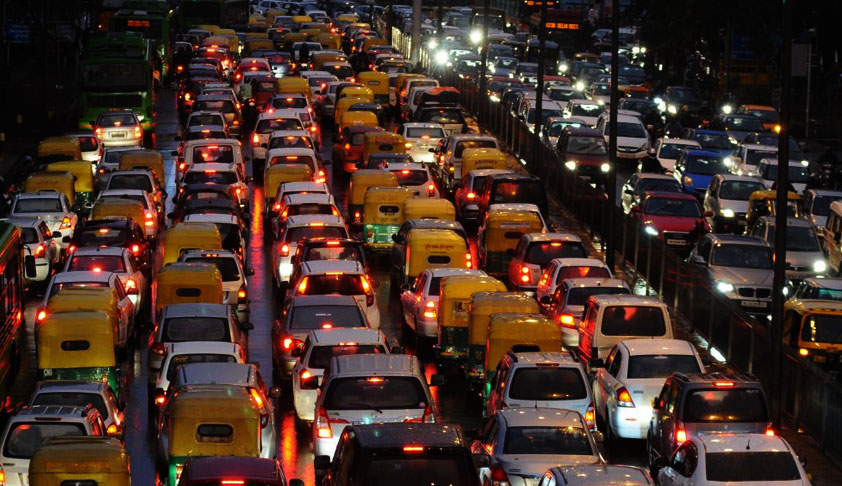 Transport Department of the Delhi Government has responded to all the representations made before it wherein the Odd-Even Scheme of the government was challenged on multiple grounds.On November 1, The Division Bench of Chief Justice DN Patel and Justice Hari Shankar had disposed off all petitions challenging the Odd-Even Scheme, by directing Delhi Government to consider all such pleas...

Transport Department of the Delhi Government has responded to all the representations made before it wherein the Odd-Even Scheme of the government was challenged on multiple grounds.

On November 1, The Division Bench of Chief Justice DN Patel and Justice Hari Shankar had disposed off all petitions challenging the Odd-Even Scheme, by directing Delhi Government to consider all such pleas as representations and deal with them as per law.

Responding to the demand for delaying the scheme so that IGL can provide stickers to all private CNG vehicles, the Transport Department said that the scheme was scheduled to start a week after Diwali because post the festival, the pollution levels shoot up.

It is also mentioned that a public emergency has been declared due to hazardous pollution levels and, therefore, the scheme cannot be seen as just a 'transportation issue'. Rather, it has to been seen as a 'health hazard and public safety issue'.

The Transport Department also mentioned that the inclusion of private CNG vehicles was in pursuance of the target of getting the minimum exemptions under the scheme.

It is stated that the private CNG vehicles constitute 18% of the total four-wheelers registered in the city. As per the information given by IGL, it would require 7 lakh stickers to cover all such vehicles. Therefore, exempting private CNG vehicles would not have served the purpose of decongesting the roads, and thereby, reducing the pollution.

Further, it is also submitted that no comparison can be made between the CNG cabs, which are exempted under the scheme, and private CNG vehicles. Unlike the latter, CNG cabs are part of public transportation and cater to a large number of people, leading to maximum optimisation of the particular vehicle.

The Department also refuted claims such as non-exemption of private CNG vehicles would motivate people to buy diesel vehicles, or that the present scheme is politically motivated.

It also defends not exempting lawyers under the scheme by saying that doing so would lead to similar demands being made by other professionals as well.

Transport Department also defends the exemption of two-wheelers from the scheme by citing that two-wheelers constitute 66% of the total fleet in Delhi. Despite, commissioning 2000 more buses for the scheme, the public transport is not adequate enough to cater to such a large demand. Hence, not exempting two-wheelers could've caused great hardship to the citizens.

The claim of the Petitioners regarding exemption of women being violative of Article 15 of the Constitution, is responded to by saying that such exemption was allowed considering the special needs of women and their security concerns.

The Transport Department also cites that as per the Graded Response Action Plan (GRAP) notified by the Ministry of Environment, Forest and Climate Change, it is mandatory for the Delhi Government to implement the scheme whenever the PM10 and PM 2.5 levels cross the hazardous marks.

The Petitioners had challenged the scheme in the following grounds:

2. Exemption of women from the scheme violates Article 14 of the Constitution as the said distinction is unreasonable and arbitrary. The exemption provided to two-wheelers was also questioned.

3. There's a disparity in days allowed for even and odd days. There's no reasonable justification given for such disparity.

4. Exemption should also be provided to lawyers and judges