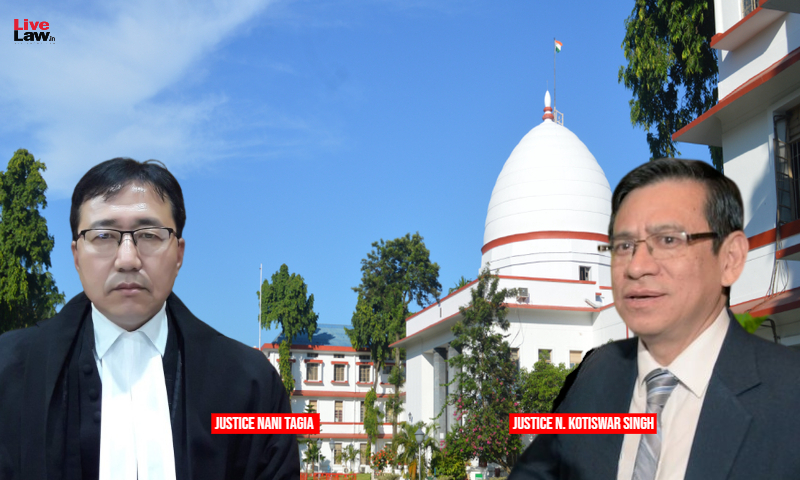 Relying upon the Apex Court's Judgment in the case of Abdul Kuddus V. Union of India [(2019) 6 SCC 604], the Gauhati High Court has observed that the opinion of the Foreigners Tribunal regarding the citizenship of a person would operate as res judicata.Here it may be noted that Res judicata is a principle of law that states that once a final decision has been given by a...

Relying upon the Apex Court's Judgment in the case of Abdul Kuddus V. Union of India [(2019) 6 SCC 604], the Gauhati High Court has observed that the opinion of the Foreigners Tribunal regarding the citizenship of a person would operate as res judicata.

Here it may be noted that Res judicata is a principle of law that states that once a final decision has been given by a competent court on a matter between the same parties, the same shall be binding, and same parties and the same issues, cannot be put to litigation again. Section 11 of the Code of Civil Procedure explains this principle.

With this, the Bench of Justice N. Kotiswar Singh and Justice Nani Tagia has asserted that if a person has been declared to be an Indian citizen in earlier proceedings, then, the in any subsequent proceedings he/she cannot be declared to be a foreigner, as the principle of res judicata applies in such cases.
The Court also went on to hold that the High Court's decision in the case of Amina Khatoon Vs. Union of India, (2018) 4 Gau LR 643, that had held that res judicata is not applicable in the proceeding before the Foreigners Tribunal, is not good law in view of the Supreme Court's decision in the case of Abdul Kuddus.
In Khatoon Case, the High Court had held that the res judicata principle would not apply to the proceedings that have been instituted under the Foreigners Act and the Foreigners (Tribunal) Order, since such Tribunal is not a Court, in a strict sense and therefore, such proceedings could not be said to be judicial proceedings.
Essentially, the occasion to decide the law governing the field arose for the Court while dealing with a batch of writ petitions concerning the question of the applicability of the principle of res judicata in the proceeding before the Foreigners Tribunal.
The Court, in its comparative analysis of the Judgments of Amina Khatoon and Abdul Kuddus, found that Khatoon's case could no more be followed by the High Court as the Supreme Court has taken a different view in the Kuddus case, and therefore, the same would be binding upon it in view of Article 141 of the Consitution of India.
What did the SC hold in the Kuddus case?
In the Abdul Kuddus case, it was held by the Supreme Court that if there had been an order by the Foreigners Tribunal in favor of a person determining the citizenship, the said decision will be binding on subsequent proceedings against the same person and there cannot be another proceeding to re-determine the citizenship of the person, by applying the principle of res judicata.
In this case, the Apex Court had essentially ruled that a person is not entitled to go for the second round of litigation before the Foreigners Tribunals in spite of an earlier opinion to the contrary. Meaning thereby, once a person has been declared as a foreigner, he can not go for the second round of litigation before the Tribunal, trying to prove his Indian Citizenship.

However, the Apex Court had taken a considerate view with regard to close relatives of the person already declared to be a foreigner/Indian. The Court has made it clear in its judgment that as regards the differing views of the Foreigners Tribunals in cases of near family members, the principle of res judicata would not apply to separate proceedings.

The Court had also clarified that an aggrieved person would have the liberty to invoke writ jurisdiction, or if necessary, review jurisdiction before the High Court or this Court to ensure that no injustice is done.

The Supreme Court had also stressed that any order passed in case of close family members, subsequent to adjudication order determining the citizenship status of a person, the same shall be taken into account and considered, while deciding a writ petition or a review application.

Now, since the Court held in the instant case that such cases shall have to be examined in view of the law laid down in the Kuddus case (and not on the basis of the Khatoon case), therefore, the principle of Res Judicata Shall Apply.

In light of these observations, the Court, in each of the pleas, ascertained as to whether the present petitioner is the same person who was proceeded earlier in a Foreigners Tribuan case, since the issues before the Tribunal in both the proceedings (in each of the pleas before the Court) are the same, i.e., whether the proceedees are foreigners or not.

It is crucial to note that the High Court has specifically clarified that after the decision rendered by the High Court in Khatoon Case, on April 19, 2018, if any proceedee had not taken the plea of applicability of Res Judicata principles before the Tribunal in any proceedings after April 19, 2018, the proceedee cannot be faulted for not raising the plea before the Tribunal as he could not have raised such a plea because of Amina Khatoon.

Thus, it was held by the Gauhati High Court that he/she shall be entitled to raise this plea even if it is for the first time before the High Court. Accordingly, all the petitions before the Court were considered and disposed of in the light of the law laid down in Abdul Kuddus and not on the basis of the decision rendered in Amina Khatoon.

It may be noted that in January 2022, the Gauhati High Court had set aside an order passed by a Foreigners' Tribunal declaring a resident of Jorgah village, Sonitpur as a foreigner after noting that the concerned Tribunal had earlier declared him to be an Indian citizen but had subsequently passed an ex-parte order declaring him to be a foreigner.

Case title - Sital Mandal v. The Union of India and others along with connected petitions