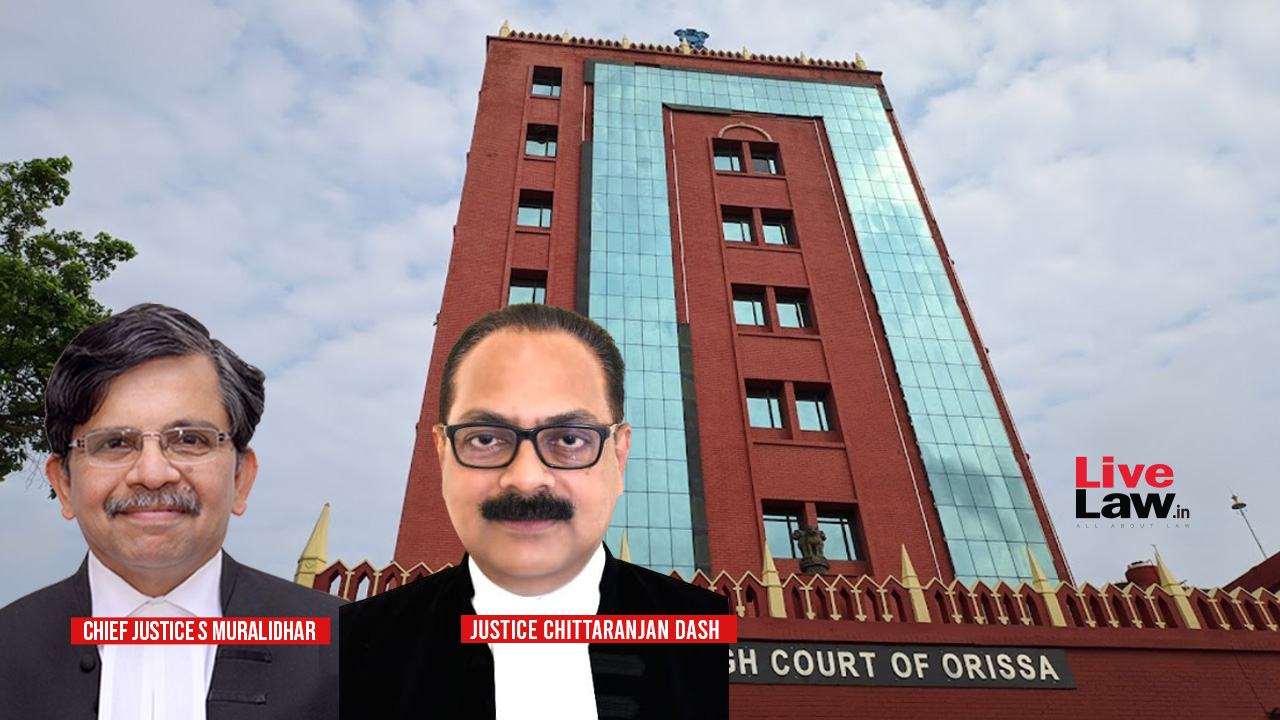 The Orissa High Court has upheld the life imprisonment of two murder convicts while placing reliance upon the testimony of a child witness. A Division Bench of Chief Justice Dr. S. Muralidhar and Justice Chittaranjan Dash observed, "In the present case, the Court is satisfied that the evidence of PW-14, the child witness, is clear and cogent without any contradictions and has...

The Orissa High Court has upheld the life imprisonment of two murder convicts while placing reliance upon the testimony of a child witness. A Division Bench of Chief Justice Dr. S. Muralidhar and Justice Chittaranjan Dash observed,

"In the present case, the Court is satisfied that the evidence of PW-14, the child witness, is clear and cogent without any contradictions and has been fully corroborated by the medical evidence. She was subjected to cross-examination but none of the so-called inconsistencies could be brought out by the defence. The Court has also perused the remainder of the evidence which by and large corroborates the evidence of the PW-14 as regards events prior to the actual occurrence."

The duo was accused of murdering Nemahansh Kerketta and Nemahanti after the dead couple's children implicated them. PW-11 had found the dead body of the deceased Nemahansh lying on a cot with bleeding injuries on his neck, shoulder and left hand with two of the fingers having been chopped off. The dead body of the deceased Nemahanti was lying under the wooden bed in a pool of blood with injuries all over her person.

The weapon of offence, viz., an axe was recovered from the waters of the Luhurapada Dam as per the statement of A-1. Likewise, A-2 gave a statement and from his cowshed, gave recovery of a Tabli (Farsa) kept concealed there under the thatch. On completion of investigation, a charge-sheet was submitted against both the accused persons.

The Trial Court found both of them guilty of murder and sentenced them to life imprisonment. They have approached the High Court in appeal against such order.

Mr. S. Sourav and Mr. Debasnan Das, counsel for the appellants submitted that the evidence of the child witness (PW 14) contained contradictions and was not reliable as she did not immediately after the incident name the accused when she spoke to the investigating officer or even to the informant (PW 11). To buttress the argument, they placed reliance on Bisli Murmu v. State of Odisha (2012).

Again, relying on the decision in Niranjan Panda v. State of West Bengal (2010), counsel for the appellants submitted that the recovery of the weapon of offence was not supported by PWs 6 and 10, who were cited as witnesses to the recovery.

The Court noted that before proceeding to record the testimony of the child witness, the Trial Court took all the necessary precautions by asking questions to her to test her voluntariness and willingness to depose. She stated that on the said night, she was sleeping with her father in the cot and her younger siblings were sleeping with her mother on a wooden bed. Hearing some sound, she woke and saw in the light of the lamp (Dibiri), both the accused having entered the house.

A-2 was flashing a torch light at her father upon which A-1 dealt blows with an axe on her father's right cheek and left ribs. While her father groaned, her mother woke and requested A-1 not to kill her husband. Thereafter, both A-1 and A-2 assaulted her mother. While A-1 assaulted her repeatedly with an axe, A-2 dealt blows with a Farsa and then both the accused fled away. The Court also observed that the child, who was ten-years of old at the time of her deposition, was cross-examined but, nothing positive came out for the defence.

To clarify the position of law regarding admissibility and reliability of testimony given by child witness, the Court relied on Alagupandi @ Alagupandian v. State of Tamil Nadu (2012), wherein it was observed,

"There is no Rule or practice that in every case the evidence of such a witness be corroborated by other evidence before a conviction can be allowed to stand but as a Rule of prudence the court always finds it desirable to seek corroboration to such evidence from other reliable evidence placed on record. Further, it is not the law that if a witness is a child, his evidence shall be rejected, even if it is found reliable."

Further, while discarding the submission regarding failure of recovery witness to support the case of the prosecution, the Court held that in the present case, with there being unimpeachable direct evidence of the crime in the form of the evidence of the child witness, the failure of PWs 6 and 10 to support the recovery of the weapon of offence loses significance. Consequently, it concluded,

"In the present case, the Court is satisfied that the prosecution has been able to prove the guilt of the accused beyond all reasonable doubt. Consequently, the Court finds no reason to interfere with the impugned judgment of the trial Court. The appeal is accordingly dismissed…"