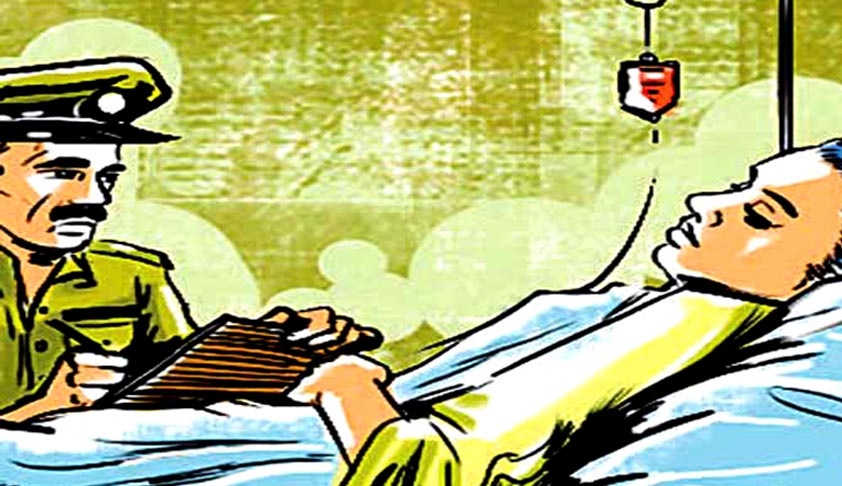 The Orissa High Court has held that failure on the part of the doctor to certify the 'state of mind' of deceased before recording her/his dying declaration will not make the same wholly unreliable, if the doctor is otherwise satisfied that the victim was in a fit state of mind to give the declaration.

"The doctor was very much present when the statement was made and in fact it is the doctor who recorded it. Each case, therefore, turns on its own facts and it cannot be laid down as inviolable general rule that without certification of the state of consciousness of the deceased, a dying declaration recorded without such endorsement should be rejected...Merely because he did not endorse on the bed head ticket that the victim was in a conscious state would not mean that no such statement was ever made by her. The same also holds good for the criticism that the declaration was not in a question-answer form. These are not inviolable mandatory requirements for the acceptance of a dying declaration."

The appellant was convicted under Sections 302 and 376 of the IPC by the Additional Sessions Judge, Puri after having found him guilty for having committed murder of a 15 year old girl by setting her ablaze after pouring kerosene on her body. Further, he was also held to be liable for committing sexual assault on the girl before taking away her life. While holding so, the Trial Court relied upon the dying declaration made by the victim before the attending doctor at the District Headquarter Hospital, Puri.

Being aggrieved by the decision of the Trial Court, he had filed this criminal appeal before the High Court.

Contentions of the Appellant:

Mr. Bikram Chandra Ghadei, Advocate appearing for the appellant pointed out that there was no certification by the doctor that the victim was conscious and in a fit state of mind to make the declaration and thus, the Trial Court ought not to have accepted the dying declaration. To this respect, he placed reliance on in Surinder Kumar v. State of Haryana 2011 SAR (Criminal) 972.

He further argued that the mother of the victim did not endorse the dying declaration as a witness though she remained present throughout. Again, it was his submission that as the deceased suffered 95% burns, it was very unlikely that she was in a fit state of mind to make any statement whatsoever. Hence, the dying declaration should have been discarded.

Mrs. Saswata Patnaik, Additional Government Advocate appearing for the State submitted that the dying declaration was correctly recorded by PW-8, who being a government servant was the attending doctor at the Hospital. She argued that there was no need for PW-8 to fabricate any evidence as he was not at all related to either the deceased or the appellant. To buttress her contentions, she referred to the Constitution Bench decision of the Apex Court in Laxman v. State of Maharashtra, (2002) 6 SCC 710, which held that even in the absence of certification by the doctor as to the mental status of the deceased, the dying declaration could be relied upon.

The Court held that the PW-8 was obviously an experienced doctor and was fully aware of the gravity of the situation as far as the making of the dying declaration was concerned. Further, he clearly mentioned, "at the time of recording the statement, though she was able to talk but was suffering from severe pain".

The Bench placed reliance on the following observations made in Laxman v. State of Maharashtra (supra):

"What is essentially required is that the person who records a dying declaration must be satisfied that the deceased was in a fit state of mind. Where it is proved by the testimony of the magistrate that the declarant was fit to make the statement even without examination by the doctor the declaration can be acted upon provided the court ultimately holds the same to be voluntary and truthful. A certification by the doctor is essentially a rule of caution and therefore the voluntary and truthful nature of the declaration can be established otherwise."

The Court further held the doctor was aware of what he was doing and there was no need for him to write up a dying declaration which was never made. Merely because he did not endorse on the bed head ticket that the victim was in a conscious state would not mean that no such statement was ever made by her.

Having regard for the above position of law and facts, the Court observed,

Accordingly, the Court upheld the conclusion reached by the Trial Court and dismissed the appeal being devoid of merit.