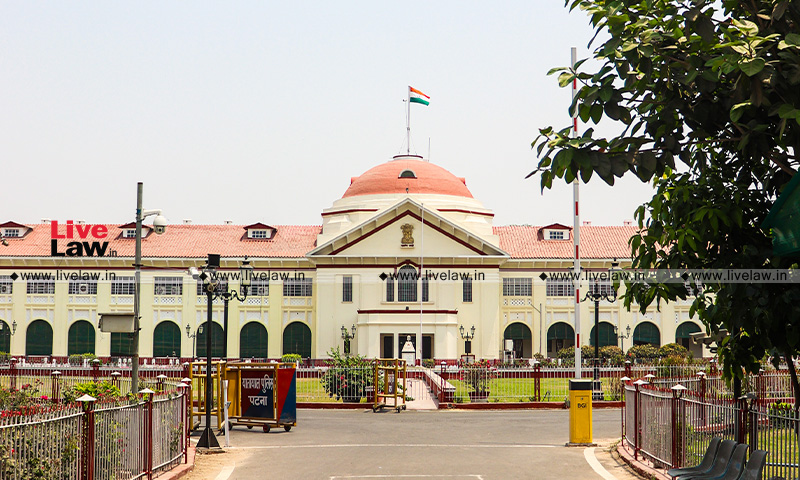 Bihar Police has registered an FIR on a complaint alleging that hundreds of policemen last month raided a village in Patna in the middle of night, misbehaved with the people there, including women; and then entered a house where they dragged a man, beat him up mercilessly and pushed him "forcefully from the railing of the roof".

The action has been taken following severe strictures by a single bench of Patna High Court, which had directed the police to register an FIR on a villager's complaint, disclosing commission of a cognizable offence by the cops, and transfer two police officers, who had brazenly violated the the procedure laid down by Supreme Court with regard to arrests and are accused of implicating the villagers on the basis of their caste.

The court was also told SI Banarasi Chaudhary and ASI Pramod Bihari Singh have been transferred in pursuance of the directions issued by the court. It was also informed that Deepak Kumar, the person who was beaten up by the cops and arrested in an illegal manner, has been set free.

The court has now granted two weeks time to the State to file a counter affidavit to address why the investigation should not be transferred to the CB-CID in the matter.

Santosh Singh, a resident of Samyagadh village, in the petition said that the informant-ASI Pramod Bihari Singh lodged a malicious FIR against him and other persons with the sole intention to cover up his misuse of power.

On October 28, the ASI allegedly threatened villagers on the strength of a Section 107 CrPC notice claiming it to be a 'warrant of arrest.' According to the petition, the 107 CrPC notice was sought to be served in connection with the assembly bypoll that was scheduled on November 03.

Santosh's brother Deepak Kumar, a civil engineer, and some of the co-villagers objected to the police calling the notice under Section 107 an arrest warrant. The ASI in response allegedly abused the villagers and is stated to have said that "all the villagers are trying to be Jamindars".

"Some of the villagers were forcefully taken to the out-post and upon getting this information many villagers and nearby respondents reached the out-post. It is alleged that respondent no. 8 [ASI] exclusively demanded Rs. 25,000/- from the petitioner to release his brother Deepak Kumar from the police station and the petitioner having no other option agreed to do so whereupon the respondent no. 8 released Deepak Kumar," the court was told on November 15.

When Santosh later on went to the police outpost saying that he does not have enough money to pay, the SI and ASI allegedly threatened him of dire consequences.

Around midnight, hundreds of police officers then allegedly illegally entered multiple houses in the village including the petitioner's, abused them including the woman and disregarded the privacy and dignity of the families. The court was told that no woman police officials were present.

Santosh's brother Deepak Kumar was allegedly dragged out of his house, beaten up mercilessly with the rifle but by the two police officials. The ASI is also said to have "grabbed the neck and dragged petitioner's brother Deepak Kumar to the corner of the terrace of the petitioner's house and then respondent no. 8 while hurling abuses was soughting to Deepak that he will be killed".

Kumar was pushed forcefully from the railing of the roof, thereafter his hands and legs were broken and he became unconscious, the court was told on November 15. He was then dragged to the outpost and later hospitalised, the court was told.

It was further argued that Santosh's wife had lodged a complaint with the SSP, Patna disclosing a cognizable offence committed by the police officers, however, no FIR was lodged by the police. It was contended that such inaction was in violation of the guidelines laid down by the apex court in Lalita Kumari v. Government of Uttar Pradesh and Others.

On November 17, the court questioned why the incident pertaining to villager's opposition to "execution of warrant" was not immediately recorded and why the FIR was lodged after seven hours. It also took note of the fact that the FIR referred to a certain group of persons as belonging to the same caste.

The court also questioned the manner in which residential houses were raided during the night. "What disturbs the judicial conscience of this Court is that in a planned manner police force were called and they waited for the midnight to enter into the multiple houses of the village," it said.

During the hearing, the police also failed to produce an arrest memo related to custody of the petitioner's brother. A Judicial Magistrate in a report told the court that Kumar was not produced before him nor was the remand taken by the police.

"From a reading of the report of the learned Magistrate, this Court has no iota of doubt that the claim made by the police officer that an arrest memo was prepared is only a wrong and false statement with an intention to mislead the court," Justice Prasad said on November 17.

With regard to the arrest of Santosh's brother, the court referred to Mohammed Zubair vs. State of NCT of Delhi wherein the Supreme Court recently said that police have a duty to ensure that conditions in Section 41 are met before they conduct an arrest. The court also referred to Arnab Ranjan Goswami v. Union of India in context of the role of the court in protecting personal liberty and ensuring that investigations are not used as a tool of harassment.

Listing the matter for hearing on December 5, the court on November 18 asked the State to obtain the records of the 107 CrPC proceedings involved in the case from SDO Barh, Patna and submit the same in a sealed envelope.

"List this matter on 5th of December, 2022 under the same heading maintaining its position within top ten cases," it said in the order.