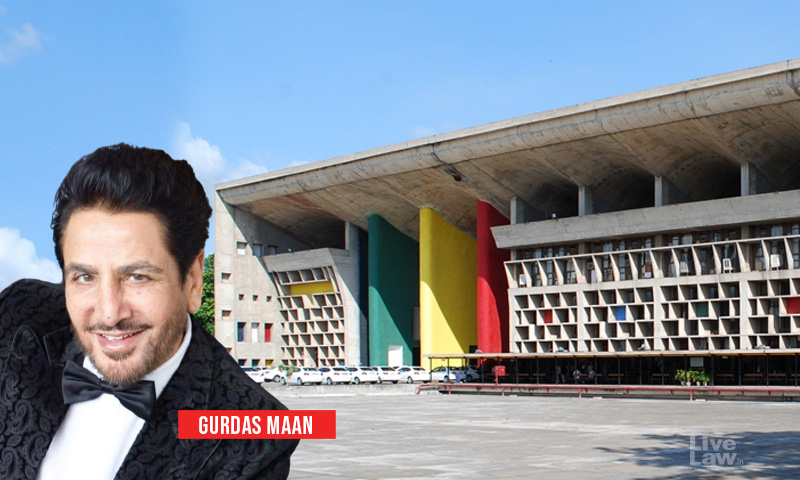 The Punjab and Haryana High Court today granted interim anticipatory bail to Singer Gurdas Maan in a case registered against him for his comments which hurt the religious sentiments of the Sikh community.

An FIR was registered under Section 295A of the Indian Penal Code against Maan by Paramjit Singh Akali, a member of Sikh Youth Power of Punjab alleging that while performing in the Urs of Sai Murad Shah Ji at the premises of Dera Baba Murad Shah Ji Trust, he made certain comments which hurt the religious sentiments of a community. His act was alleged to be against the Sikh Maryada as he recited the hymns of Shri Guru Granth Sahib Ji at Marri (Mausoleum).

After the Additional Sessions Judge, Jalandhar, had denied Maan's plea for interim relief, he approached the High Court under Section 438 of the Code of Criminal Procedure, 1973 seeking anticipatory bail.

Senior Advocate R.S. Cheema, appearing for Maan submitted that no case was made out under Section 295A of IPC as there was no deliberate or malicious intention.

He further submitted that petitioner was decorated by various awards for his contribution towards Punjabiat.

"He is a renowned name so far as his contribution to Punjabi music and devotional music is concerned. The petitioner himself is a devout Sikh. The petitioner on realizing that his words have hurt the sentiments of a community, uploaded a video apologizing for his conduct. The video was uploaded prior to registration of F.I.R.", argued the Counsel for the petitioner.

The Court was also told that the investigating officer while appearing before the Additional Sessions Judge, Jalandhar, had stated that custodial interrogation was not required, however, the contention was not noted in the impugned order.

Gaurav Garg Dhuriwala, Senior Deputy Advocate General, Punjab also submitted that custodial interrogation was not required as no recovery was to be made.

Justice Avneesh Jhingan noted that the petitioner is a renowned Punjabi singer.

"He is not a personality who would be able to hide or abscond himself from investigation or trial. No recovery is to be made, the case is set up on a viral video", he said.

"It would be pertinent to note at this stage that basic foundation of democracy is secularism and freedom of expression. However, with advancement of technology whatever positive social media might have provided but one thing is ensured that each and every act or conduct spreads like a wild fire."

It was also opined that the apology rendered by Maan could have been a step taken by him to resolve the issue in the nascent stage.

Thus, considering the facts and circumstances in totality, interim bail has been granted to Maan.

"In the event of arrest, he shall be released on bail subject to his furnishing adequate bail bonds to the satisfaction of the Arresting Officer. He is directed to join the investigation as and when called for. He shall abide by the conditions as envisaged under Section 438(2) Cr.P.C", the order adds.