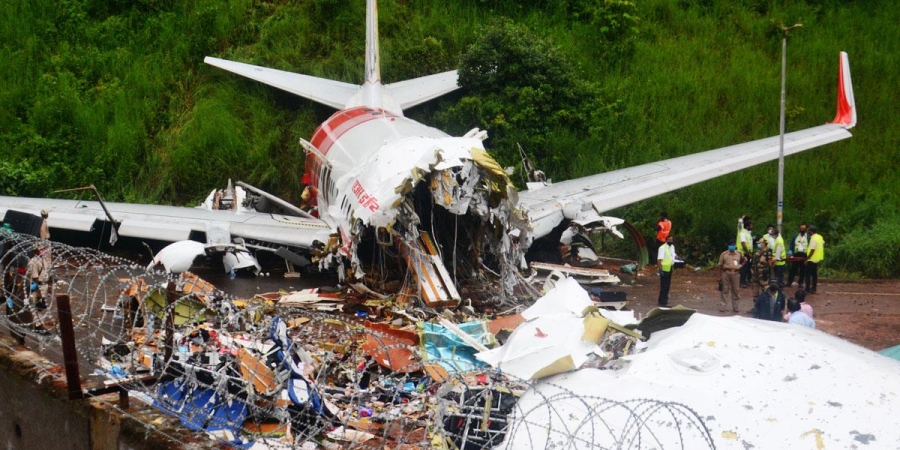 A Public Interest Litigation has been filed in the Kerala High Court seeking immediate closure of the Calicut International Airport and an independent and impartial open inquiry by a Court of inquiry headed by a retired judge as opposed to the closed investigation which is being undertaken by the Aircraft Accident Investigation Bureau (AAIB) into the air-crash of 7th August, 2020 at...

A Public Interest Litigation has been filed in the Kerala High Court seeking immediate closure of the Calicut International Airport and an independent and impartial open inquiry by a Court of inquiry headed by a retired judge as opposed to the closed investigation which is being undertaken by the Aircraft Accident Investigation Bureau (AAIB) into the air-crash of 7th August, 2020 at Calicut airport which killed 19 people. The petitioner has also demanded a criminal investigation into the cause of the air-crash by the CBI.

The petitioner Mr. Yeshwanth Shenoy claims that the air-crash that took place on 7th August 2020 at Calicut airport was similar to the air crash of Mangalore that had occurred on the 22nd of May, 2010. He alleges that the airport officials and the State authorities had been issued several warnings before both the accidents about the dangers at the airports, especially after the Mangalore crash in 2010 but the officials deliberately ignored to take any corrective measures to rectify them.

The petitioner has cited several references to emails/ letters by Justice V.R. Krishna Iyer to the then Prime Minister and Chief Justice of India regarding the state of aviation safety in the country and numerous letters by Captain Mohan Ranganathan who was assigned the task of inspecting the Mangalore and Calicut airports after the Mangalore air-crash. He alleges that the problem with table top airport was highlighted by the Mangalore crash back in 2010.

The petitioner asserts that aviation safety is in a critical state in Calicut airport and in other airports across the country. He alleges that several norms prescribed by the International Civil Aviation Organisation (ICAO) and other domestic norms are being deliberately violated in India due to rampant corruption and a failure of the system of checks and balances due to allied interests of bodies like Directorate General of Civil Aviation (DGCA) and Airport Authority of India (AAI), which has resulted in the present accident. Major allegations have been made on different fronts in the petition regarding the state of aviation safety in the country.

The petitioner alleges that DGCA has been granting licenses to airports without them complying with the prescribed Standard and Recommended Practices and that these deviations which ought to be reported are deliberately withheld or falsified by the AAI.

The petitioner points out that the Indian authorities had been callous with banning the use of Boeing 737 Max aircraft as well as Prat and Whitney engines, even after several crashes involving them and after their issues were reported to the Government. He further alleges that even to date, many airlines use the P&W engines and they been extending their date of replacement indefinitely. He also asserts that the aircraft maintenance system is in a deplorable state. He alleges that the Ghatkoper crash of 2018 was due to the fault of a DGCA approved Maintenance and Repair Organisation (MRO) but that the same was covered up in inquiry as the DGCA and a former Civil Aviation Minister had substantial interests in the MRO involved.

The petitioner has also alleged that many unqualified pilots are able to manage a flying license as there is a prevalence of sham flying schools in the country. He has also alleged that aircrafts are being repaired/ maintained by unauthorized engineers and that this increases the risks to aircrafts due to faulty maintenance. Moreover, despite recommendations by the DGCA and the Court of Inquiry of the Mangalore aircrash, there has been no implementation of Duty Time Limitations for pilots, maintenance engineers and cabin crew which results in high fatigue amongst these aviation personnel which can result in many air crashes in future. He also brought forward incidents of maintenance logs being manipulated and aircrafts released to service without actual checks.

Moreover, the petitioner claims that the DGCA has come out with even more dangerous Flying Duty Time Limitations Regulations to be implemented from December, 2020 which will lead to a higher prevalence of air crashes. According to him, pilots do not stand to fight these regulations as they are worried about losing their jobs.

The petitioner has alleged that the work of Air Traffic Control Officers involves several equipment many of which malfunction and the same was brought to the notice of AAI but to no avail. He also alleges that the Government and the airport authorities have over time sidelined the efficient Air Traffic Control Officers who complied with norms and has filled the system with corrupt and inefficient officers. This is especially dangerous as these officers are assigned duties like giving height approvals for buildings and expansion of runways.

The Petitioner asserts that the Calicut airport conforms only to Code 4C classification which prohibits wide-body aircraft and despite this, the current DGCA, Shri Arun Kumar, had reissued the permission for wide-body aircraft operation from Calicut. He also asserts that in July 2019, the DGCA safety audit had identified several safety deficiencies at Calicut including presence of excessive rubber deposits and cracks in the runway and yet the DGCA renewed the license of Calicut airport from mid-2019 to October 2021 without resolving these safety deficiency findings.

The petitioner has demanded an inquiry into the aircrash by an open Court of Inquiry headed by a Retired Supreme Court Judge or at least a Retired High Court Judge. The petitioner contends that this is necessary as the AAIB is not independent and it had tampered evidences to support its conclusions in the Ghatkoper crash. Moreover he asserts,

The requirement of the Judge is to ensure that every issue taken up is recorded and nothing is tampered with. This can be accomplished only by a Judge and from the Mangalore experience we can vouch that no high-ranking officer of the Airforce also is capable to conduct an independent and impartial investigation.

He has also demanded removal of Jasbir Singh Larhga from the Panel of investigators (citing his questionable inquiry in Ghatkoper crash) and has asked to replace him with a more appropriate officer with impeccable integrity. He has also requested to include a 'Human Factors' Specialist in the team.

The petitioner has also demanded a criminal investigation into the crash by the CBI as the local police are unequipped to handle the complexity of air crash investigations which might reveal faults of Governmental bodies not situated in Calicut. The petitioner contends

The Petitioner respectfully submits that there is a prima facie case for the involvement of the CBI and in the absence of such investigation and criminal prosecution of officers involved, we will never be in a position to avoid these air crashes.