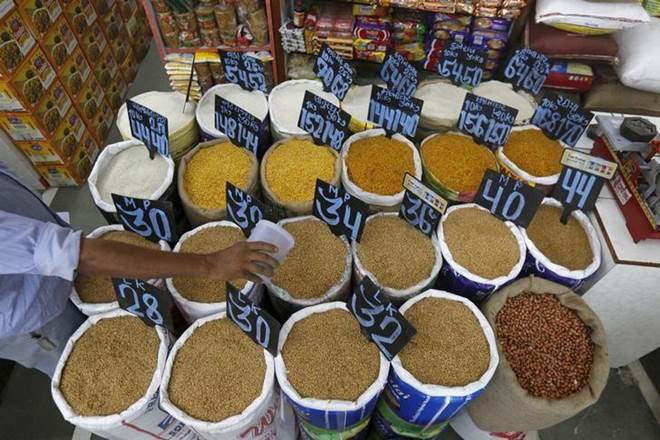 The Bombay High Court on Friday heard a public interest litigation via video conferencing concerning "practical difficulties" faced by eligible ration card holders in procuring food grains during the current lockdown period. Justice MS Karnik heard the PIL filed by Chandrakant Kotecha Charitable Trust seeking relief for the common man who is being denied ration because of the...

Justice MS Karnik heard the PIL filed by Chandrakant Kotecha Charitable Trust seeking relief for the common man who is being denied ration because of the aforesaid "practical difficulties" faced by them, which are -

Thumb impression not matching the one on the ration card.

Ration card not linked with AADHAR

Advocate Amogh Singh instructed by Jeet Gandhi appeared on behalf of the petitioner and AGP MM Pabale for the State.

Amogh Singh submitted that the State government had taken a stand in an affidavit filed in reply to the said PIL. Despite the stand taken by the state, ration card holders are still facing difficulty, Singh said.

In its affidavit dated May 5, state government has stated-

" I say that the main grievance of the Petitioner is that some of the eligible ration card holders are not getting food grain in ration shops due to certain practical difficulties. I say that the said issues are dealt with as under-

Such persons can also be given ration by following the procedure as per the aforesaid Circulars.

No person has been declared inactive as alleged by the Petitioner. The charts attached at Exhibit- B and C show that food grains purchased by ration card holders in March, 2020 and April, 2020. The same shows that many people who have not taken ration in March, 2020 have taken ration in April, 2020. Such cardholders are called silent Ration Cards. Such persons are not denied ration on account of not taking ration in earlier month. Such persons are very well entitled to get ration.

(d) That person requiring ration is having ration card of different area and is at present in different part of Maharashtra Portability option is available and various persons have taken advantage of the same. The aforesaid Circulars are clear 7 about it. Copies of Circulars dated 02.02.2018, 12.04.2018, 20.03.2020 are annexed hereto and marked as Exhibit-D colly. The data for April, 2020 upto 28.04.2020 for the entire State regarding use of portability option is attached herewith at Exhibit-E. It shows that a substantial number of persons have taken benefits of portability option."

In reply to the State's affidavit, an additional affidavit dated May 7 was filed on behalf of the petitioner pointing out the difficulties faced by the ration card holders despite the stand of the State Government.

AGP Pabale submitted that he has received the copy of the additional affidavit only yesterday and sought time to take instructions. He told the Court that the State is proceeding as per stand taken in the earlier affidavit-in-reply. Furthermore, he informed the Court that all the rationing officers and all concerned will again be informed about the procedure to be followed in terms of the circulars dated February 2, 2018, April 12, 2018 and March 20, 2020.

AGP Pabale also submitted that if any ration card holder is facing any difficulty, he/she may approach the concerned rationing officer for redressal of his/her grievance who can then look into the issue.

Court directed the AGP to take further instructions regarding additional affidavit filed on behalf of the petitioner.

This matter will now be heard on May 15.