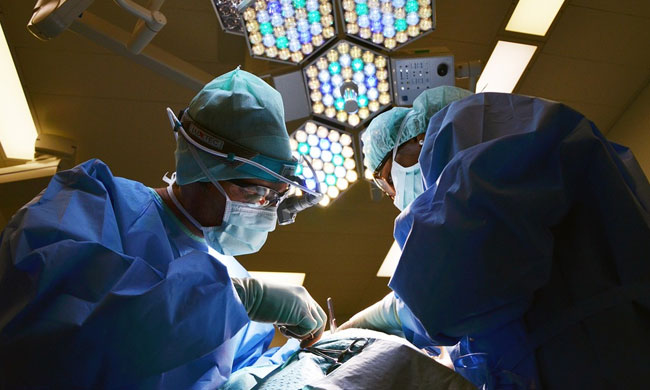 Calling it a concern of seminal importance, the Bombay High Court on Tuesday issued notice to the State and sought a reply within two weeks, in the PIL seeking directions for formulation of guidelines for protection of medical professionals and medical institutions from violence and attacks in case of medical accidents etc.

Division bench of Chief Justice Dipankar Datta and Justice GS Kulkarni was hearing a criminal PIL filed by Dr.Rajeev Joshi, MD Pediatrics who has been practising medicine 1987. Dr.Joshi alleges non-implementation of the Maharashtra Medicare Service Persons and Medicare Service Institutions (Prevention of Violence and Damage or Loss to Property) Act, 2010. He also contends that provisions of the said act are inadequate to curb the menace of violence against medical professionals and institutions.

Therefore, he seeks guidelines to be framed and directions be issued to the State "to implement Guidelines in order to protect medical professionals and institutions from mob violence at the behest of the friends and relatives of the patients."

In Tuesday's hearing, the bench noted-

"A concern of seminal importance is raised in this PIL petition. The concern relates to alleged non-implementation of the provisions of the Maharashtra Medicare Service Persons and Medicare Service Institutions (Prevention of Violence and Damage or Loss to Property) Act, 2010 as well as the amendments introduced in the Epidemic Disease Act, 1897."

Public Prosecutor Deepak Thakare appeared for the State and sought two weeks time to file a reply affidavit. Court granted the request and directed the matter to be listed on October 13, 2020.

"Unfortunately, the violence against medical professionals is a global phenomenon.According to the World Health Organization, about 8-38% of healthcare workers suffer physical violence at some point in their careers. However, it is more acute in our country."

Referring to an October 2017 issue of Indian Journal of Pediatrics, the petition goes on to state that according to Indian Medical Association, 75 per cent doctors have experienced violence at some point in their career.

Thereafter, the concern expressed by the petitioner is exemplified by a case cited in the petition wherein irked by the death of his pregnant wife due to alleged negligence during operation by a woman surgeon at the government medical college hospital, her husband murdered the doctor at her clinic in 2012.

Moreover, the petitioner contended that on account of attacks on resident doctors, IMA had gone on strike in Maharashtra in 2017. The petition states-

"The public is becoming increasingly intolerant to a large number of social issues because of poor governance and vote bank politics. Laws to prevent violence against doctors do exist but they need to be made more stringent and implemented properly.

It is submitted that, no doubt, in 19 States, there is specific law in this regard. With effect from April 28, 2010, the Respondent No. 8 has brought into effect the Maharashtra Medicare Service Persons and Medicare Service Institutions (Prevention of Violence and Damage or Loss to Property) Act, 2010, running in just nine Sections."

Apart from directions for formulation of guidelines, the petitioner has also suggested constitution of a committee of experts to look into the definition of medical accident and possibility of covering Medical Accidents with suitable insurance

Advocate Nitin Deshpande appeared on behalf of the petitioner.