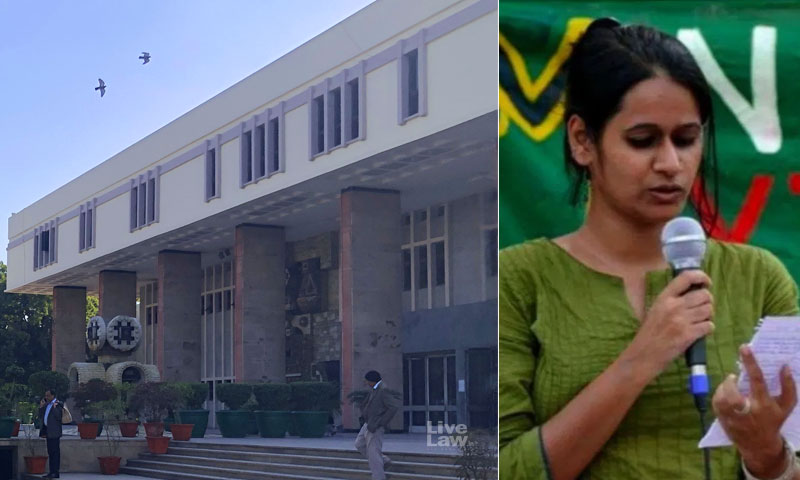 Delhi High Court has sought a status report from the Tihar Superintendent after it was pointed out by Natasha Narwal that lockdown has been imposed in Jail No. 6 of Tihar after large scale violence broke out in the jail premises.

The Single Bench of Justice C Hari Shankar was informed by the Petitioner that it is because of the said lockdown that the video conferencing facility is not being permitted in the concerned jail of Central Prison.

The order has come in a writ petition moved by Pinjra Tod member Natasha Narwal seeking a direction to be issued to the Tihar Superintendent to allow her daily meeting with her counsel through video conferencing.

In addition to this, Narwal has also asked for books and other materials which are permitted under the Delhi Prison Rules.

Contrary to the information given by the Petitioner, Mr Rahul Mehra, who appeared for the Tihar Superintendent, submitted that there had been certain connectivity issues with respect to video-conferencing in Jail No.6, but they are in the process of resolution and that, on Wednesday morning, the Petitioner was allowed video conferencing with her counsel.

Mr Mehra further submitted that in the next three to four days, attempts would be made to permit the Petitioner one more opportunity of video conferencing with her counsel.

While denying the allegations put forward by the Petitioner, Mr Mehra argued that he has instructions to the contrary from no less than the Director General (Prisons). In light of this, Mr Mehra undertook to submit a status report by June 26 indicating the exact position.

In addition to this, the court also asked the Tihar Superintendent to look into the grievance raised by the Petitioner wherein she has stated that though the jail manual permits a daily five-minute conversation between the jail inmate and his/her family, she has not been permitted such facility.