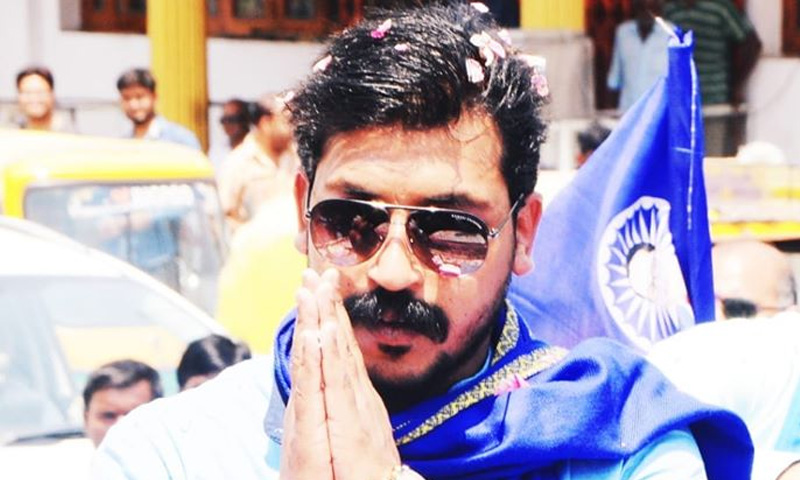 The Delhi High Court Wednesday sought response of the Election Commission on a plea by Bhim Army chief Chandra Shekhar Azad seeking direction to register his political party in the name of Aazad Samaj Party' (Kansi Ram) and allot a symbol to contest the upcoming Bihar elections.

Justice Jayant Nath issued notice to the ECI and asked it to respond to the plea which also sought to reduce the 30 days service period to 7 days for inviting objections from anyone and listed the matter for further hearing on October 20.

The plea by Chandra Shekhar said he and the party workers are making sincere efforts to participate in the Bihar elections and bi-election in other states, including Uttar Pradesh, but if the process period of 30 days for inviting objection is not reduced, the petitioner may not be permitted to participate in assembly elections of bihar under the name and symbol of the party.

Advocate Rajeev Sharma, representing ECI, opposed the petition saying a similar request was also made by other political parties to reduce the service period for inviting objections which have already been rejected by the commission.

He said a one time relaxation was given in the 2019 general elections but it cannot be done now.

The petition said the petitioner filed an application before the ECI on March 16 and in pursuant to the August 4 letter to remove certain objections, he had completed all the requirements of the authorities on August 13.

It said when the letter for registration of the party name was not issued, he approached the high court and a day before the hearing, a communication was sent to him whereby the name of the party was approved.

As per the direction of the ECI, he got published public notices for inviting objections within 30 days, to his party name, in two national and two local newspapers (Hindi and English) on September 25 and 26 but the commission announced assembly election for Bihar on September 25.

The first phase of election will begin from October 28 and will end on November 7. Filing of nominations for the first phase will come to a close on October 8.