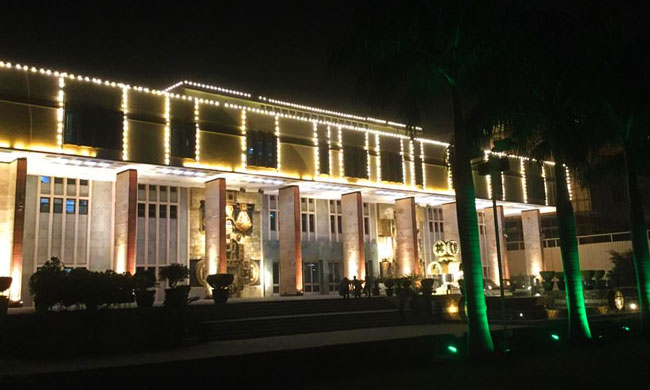 The Delhi High Court has directed the Delhi University to deposit the inspection fee with the Bar Council of India within a period of 2 weeks.

The Single Bench of Justice Rajiv Shakdher has also noted that upon the inspection fee being deposited, the BCI will carry out the inspection and take further steps for grant of approval to the

Faculty of Law, University of Delhi.

The present order has come in a petition moved by Vedansh Pandey, Harsh Vardhan and Shrikant Prasad, seeking an inspection, from the Bar Council of India, of the acts alleged against the Delhi University.

It is alleged by the Petitioners that the Delhi University has been violating the Bar Council Rules on Legal Education.

It is argued that the Faculty of Law, Delhi University, has not framed any rules or regulations to lay down the procedure of setting up question papers and evaluation of answer scripts of the students.

As per the Petitioner, the absence of such regulations has led to the rise of a nefarious activity, involving teachers and students, of sharing question papers in guise of sharing the marking scheme. It says:

'the inspection fee being deposited, the BCI will carry out the inspection and take further steps for grant of approval to the Faculty of Law, University of Delhi.'

It also contended by the Petitioner that the Examination Wing of the Delhi University has given unfettered and unguided powers to the Faculty of Law with respect to evaluation of answer scripts.

'Even teachers have lamented about such an arbitrary system', the petition says.

This allegedly unguided exercise of power by the Faculty of Law, as per the Petitioner, is a violation of Rule 8(c) of BCI's Rules of Legal Education, which mandates Universities to ensure regular and proper evaluation system for the purpose of certification of students.

Further, it also alleged, that the Examination Wing of the University has also violated the Right to Information Act by not sharing the data regarding grievances/complaints filed with the Delhi University in respect to evaluation of answer scripts.

'The University has failed to curb the leaking of question papers due to rampant nepotism in examination system', the petition says.

Therefore, the Petitioner has alleged that the University has been violating not just the rules on legal education as laid down by the BCI, but also Article 14 of the Constitution.

In light of these facts, the petition has asked from the following directions from the court: