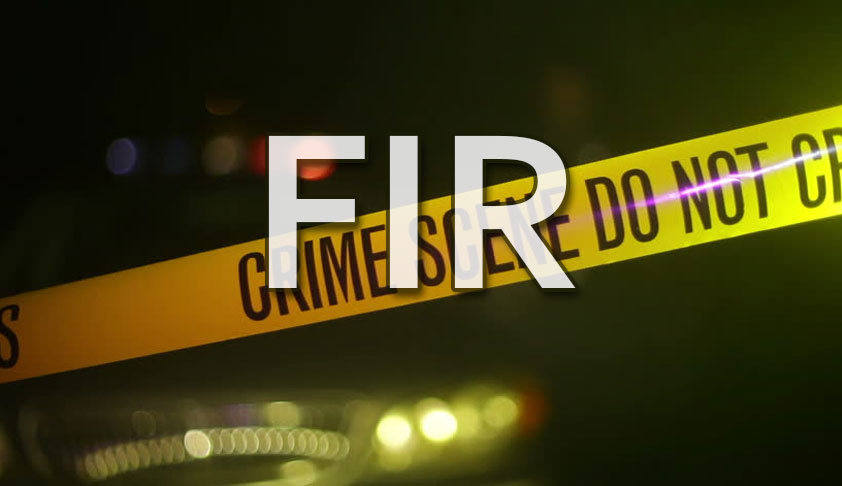 The Bombay High Court earlier this month held that a police officer of the rank of Deputy Superintendent of Police has no authority to first inquire then register FIR for allegations of caste abuse under the Scheduled Caste and Scheduled Tribe (Prevention Of Atrocities) Act, 1989, on the contrary, it is his duty to register the FIR first then investigate. Justice Prithviraj K Chavan...

The Bombay High Court earlier this month held that a police officer of the rank of Deputy Superintendent of Police has no authority to first inquire then register FIR for allegations of caste abuse under the Scheduled Caste and Scheduled Tribe (Prevention Of Atrocities) Act, 1989, on the contrary, it is his duty to register the FIR first then investigate.

Justice Prithviraj K Chavan was hearing an appeal filed by one Vikas Bandgar challenging the order passed by the Additional Sessions Judge, Baramati directing issuance of process against the appellant under Sections 447, 504, 506 of the Indian Penal Code and under Section 3(1)(r) and (s) of the Scheduled Castes and Scheduled Tribes (Prevention of Atrocities) Act.

On September 27, 2018 one Sampat Bandgar (Vikas's brother) lodged a complaint against Ramesh Sawane (original complainant) alleging that he had given threats to falsely implicate Sampat on charges of casteism and blackmailing him.

Sawane was working for Sampat Bandgar between 1993 to 2005. In 2005, he left the service of Sampat Bandgar and started dealing as a property agent. Sapat wanted to buy some land at highway near village Bhivgan, which he expressed to Sawane, who in turn, informed Sampat about a land situated at Bhadalwadi.

It was agreed between Sawane and Sampat that after the sale deed, Sampat would allot a part of the land to Sawane in lieu of his commission which would be helpful for the education and future of Sawane's son. Subsequently, despite the deal having been finalized, Bandgar refused to keep his promise and thereby cheated Sawane.

According to Sawane, Bandgar threatened him and therefore he approached the police on August 6, 2018 and lodged a written complaint against Sampat. It is alleged that the police did not take any action against Sampat. Then, on August 14, 2018, Sampat had sent the appellant Vikas to Sawane's house. Armed with a revolver, Vikas threatened Sawane to withdraw the complaint lodged against Sampat or else he would eliminate him and his family, Sawane alleged.

According to Sawane, Vikas threatened him and uttered the following words-

Advocate Rahul Kate appeared on behalf of the appellant in the matter, APP MH Mhatre for the State and Advocate Rekha Musale for Ramesh Sawane.

At the outset, after hearing submissions of all parties, Court accepted the submission made on behalf of Sawane by Advocate Musale. She submitted that a policeman of the rank of Head Constable namely Mr. Satpute had been asked to conduct the inquiry by the concerned Deputy SP which is in complete violation of the provisions of the SC & ST (Prevention of Atrocities) Act as such complaints are to be investigated and inquired into by an Officer of Deputy SP Rank.

"It was quite improper on the part of an Officer of the rank of Dy. SP to get the matter investigated through Head Constable Mr. Satpute. It reveals from the record that on 28.08.2018 Sampat Satpute had lodged a report with the S.D.P.O., Baramati against respondent no.2 alleging that the respondent no.2 has been insisting upon the part of the land from Gat No.94 from the said Sampat Bandgar and he had threatened that if the land is not transferred, he would implicate Sampat Bandgar and others in a false case under the Atrocities Act and would blackmail them. There is no doubt that the Dy.S.P. had recorded the statement of Sampat Bandgar as well as respondent the no.2 on 04.10.2018. However, it seems that the statement of respondent no.2 was recorded by the Head Constable on 13.10.2018."

The Sub-Divisional Police Officer (DSP rank) Narayan Shirgaonkar filed an affidavit on February 25, 2020. At the outset, the Police Officer candidly admitted the illegality and tendered his unconditional apology before this Court for directing the police incharge of the Baramati Police Station Rural namely Mr. Satpute, Head Constable, to issue summons to the complainant and the accused for inquiry. He submitted that it was indeed an illegality on his part which according to him is neither intentional nor deliberate.

Court referred to the Supreme Court's judgment in a review petition filed in Union of India Vs. State of Maharashtra & Ors. and observed-

"Thus, the law is no more res integra that a police officer of the rank of Dy.S.P. should conduct the inquiry and investigate into the matters where there are allegations of caste abuses etc. under the Atrocities Act. The Dy.S.P. has no authority under the law to first inquire and then to register FIR. It is his duty to first record the FIR and then proceed to investigate the matter. There is no question of the Dy.S.P. exercising his discretion in such matters as is clearly observed in the judgment of the Supreme Court (Supra). The manner in which the Dy.S.P. conducted himself in the case at hand is quite condemnable.

It is an example as to how some of the high ranking police officers sometimes act in a biased manner. The learned Additional Sessions Judge, Baramati has, therefore, rightly concluded that the process is to be issued against the appellant under the relevant sections of the Indian Penal Code and the 1989 Act. The impugned order warrants no interference in appeal at this stage."

Before dismissing the appeal, Court directed the Superintendent of Police, Rural, Pune to take appropriate action against the Dy. SP for breach of his duty.