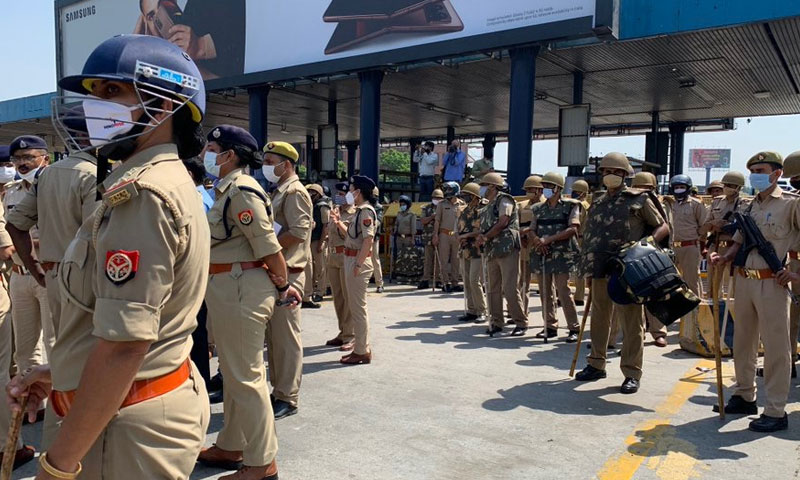 In a significant judgment relating to prisoners' right, the Uttarakhand High Court has held that Police personnel cannot be appointed as Jail Superintendents. A Division Bench comprising of Chief Justice Raghvendra Singh Chauhan and Justice Alok Kumar Verma observed that we have come to the age of "Reformation and Rehabilitation of Prisoners". It held that the purpose of Police is...

In a significant judgment relating to prisoners' right, the Uttarakhand High Court has held that Police personnel cannot be appointed as Jail Superintendents.

A Division Bench comprising of Chief Justice Raghvendra Singh Chauhan and Justice Alok Kumar Verma observed that we have come to the age of "Reformation and Rehabilitation of Prisoners".

It held that the purpose of Police is very different from that of Jail Superintendents and as a natural corollary, their trainings and psyche are poles apart. Hence, the former cannot possess the position of the latter.

"The purpose of the Police is not to reform, or to rehabilitate, but to prevent the occurrence of crime, and to punish the criminals. Therefore, the very training of a police personnel is carried out with a different purpose in mind, and with different goals prescribed by law. Thus, there is a vast difference in the philosophy that permeates the police administration, and the jail administration. Hence, even their training and the psychology of the police personnel and prison personnel are poles apart," the order stated.

The observations come in a PIL challenging a State Government's order whereby the Officers of the Police Department were given the additional charge of the office of the Senior Superintendent/Superintendent of Jail at Sitarganj, Haldwani, Haridwar, Dehradun and Roorkee.

In its judgment declaring the impugned order as illegal, the Division Bench stressed on the need for carefully selecting the prison personnel, for providing rigorous training, both prior to their joining the service, and subsequent thereto, of the appointment being a full-time, regular appointment.

"It is only when these factors are inculcated in the prison administration that the prison system succeeds in protecting, reforming and rehabilitating the prisoners. Otherwise, it is a self-defeating proposition," it observed.

In its order, the Bench ventured into various recommendations made by several committees over a period time, for efficient prison system, well-trained full time prison staff and proper development of the prison population.

In 1920, the Bench noted, the "All India Jail Committee" for the first time recommended the reformation and rehabilitation of offenders as one of the objectives of the prison administration. The Committee spoke about adequate training of the prison staff, and about the separation of executive/custodial, ministerial and technical staff in prison service. The Committee believed that a different sort of training needs to be provided to the prison staff, than the training being provided to the police staff

The Jail recommendations made by Dr. WC Reckless, a UN Expert on Correctional Work, proposed the reformative theory of punishment; specialized training of correctional personnel; and the need for a cadre of properly trained personnel staff.

In 1972, a Working Group on Prisons emphasised the need for proper training of prison personnel. It also stressed that "prison administration should be treated as an integral part of the social defence components of national planning process".

In 1980, the All India Committee on Jail Reforms recommended that State should endeavour to develop a well-organized prison cadre based on appropriate job requirements, sound training and proper promotional avenues.

The Bench has also taken note of the United Nations has issued "Standard Minimum Rules for the Treatment of Prisoners", better known as "the Nelson Mandela Rules".

These Rules, inter alia, provide for "careful selection of every grade of the personnel"; "integrity, humanity, professional capacity, and personal suitability for the work that the proper administration of prisons depends"; appointment of prison personnel "on a full-time basis";

It specifically referred to Rule 75(2) which states that "before entering on duty, all prison staff shall be provided with training tailored to their general and specific duties, which shall be reflective of contemporary evidence-based best practice in penal sciences".

Since India is a member of the United Nations, these Rules are equally binding on the country and they cannot be ignored, observed the Court.

Uttar Pradesh Jail (Group A and B) Service Rules, 1982

Lastly, the Bench referred to the abovesaid Rules, which clearly provide a procedure for determination of vacancy, and selection and promotion for filling up the post in prisons.

"A bare perusal of these Rules of 1982 clearly reveals that the post of Superintendent of Jail necessarily has to be filled up either by direct recruitment (fifty percent), or by promotion (fifty percent). The Rules do not permit an ad-hoc appointment from any other service, much less the police service. Therefore, the post can be filled up either directly from candidates from the open market, or from the post of Deputy Superintendents/Jailors having a work experience of minimum of five years. Hence, the appointment of the police personnel, by the impugned orders, is clearly illegal," it held.