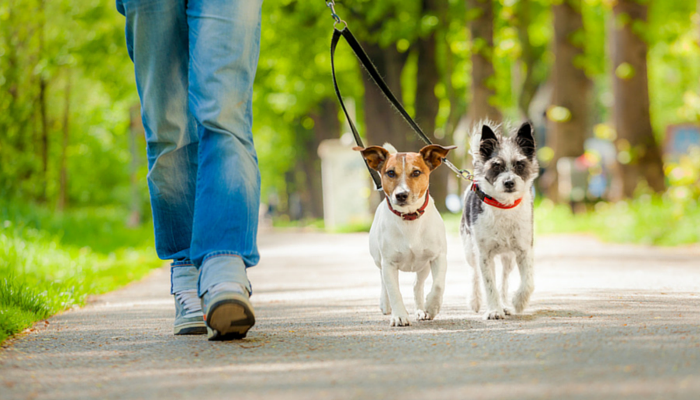 x
The Court also sought clarity from the State Govt on taking pets to walks
Your free access to Live Law has expired
To read the article, get a premium account.

The Bombay High Court on Friday directed the State government to pass clear instructions to the police administration not to stop pet taxis or ambulances from ferrying sick animals to and fro from the veterinarian and sought clarity from the State on whether pet owners are allowed to take their dogs/pets for a walk during the current lockdown.

Justice SC Gupte was hearing via video conferencing a Public Interest Litigation filed by Vineeta Tandon, an animal welfare activist from Pune who alleged that as a result of the lock-down ordered by the State due to Covid-19 pandemic, police authorities have been arbitrarily stopping citizens from taking their pets, more specifically dogs, for walks.

Petitioner's lawyer Harshwardhan Bhende contended that police stations have issued arbitrary directions to housing societies to stop residents from taking their dogs for walks. It is also submitted that ambulances or pet taxis operated by NGOs and others to ferry animals from their shelters or pet owners to veterinary clinics and back are being arbitrarily stopped and obstructed by the police administration.

Even though the Animal Welfare Board of India (AWBI) has issued directions to State DGPs calling upon them to allow people to walk their dogs as a measure of prevention of cruelty to animals, the police administration is refusing to issue passes for these ambulances and pet taxis. The said directive by AWBI has been reported in the press, Bhende submitted.

Appearing for the State, AGP PP Kakade submitted that the State's directive prohibits people from walking their dogs outside compounds of societies or homes and not from walking them within the compounds. As far as ambulances or pet taxis for ferrying of sick animals to and from veterinary clinics are concerned, the State has not asked its police administration to stop or obstruct such ambulances or pet taxis.

"If there is any directive issued by the Animal Welfare Board of India to the State DGPs in the matter of walking of dogs, the State must take an appropriate decision on that behalf and communicate the same to the court by this next date.

In the meantime, the State is directed to issue a clear directive to the police administration not to stop or obstruct ambulances or pet taxis for ferrying sick animals to and from veterinary clinics."

So far as walking of dogs and petering to their needs through animal feeders are concerned, the State was directed to communicate its stand through an affidavit by the next date.

Last month, the Kerala HC had allowed a writ petition filed by a person seeking vehicle pass to buy pet feed for his cats amid lockdown.

While allowing the plea, the HC observed that choice to rear pets was traceable to fundamental right to privacy under Article 21 of the Constitution.