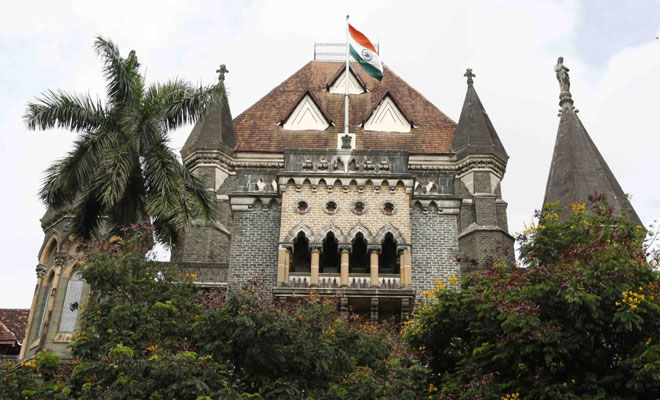 The Bombay High Court last Friday quashed and set aside an order by the Directorate General of GST Intelligence holding that the said order of provisionally attaching the bank accounts of the petitioner was without jurisdiction. A division bench of Justice Nitin Jamdar and Justice MS Karnik was hearing a writ petition filed by Kaish Impex Pvt Ltd through its Director Deepak Kumar....

The Bombay High Court last Friday quashed and set aside an order by the Directorate General of GST Intelligence holding that the said order of provisionally attaching the bank accounts of the petitioner was without jurisdiction.

A division bench of Justice Nitin Jamdar and Justice MS Karnik was hearing a writ petition filed by Kaish Impex Pvt Ltd through its Director Deepak Kumar. A provisional attachment of the petitioner's bank account was ordered by the GST authorities on suspicion after a transaction between the company which they suspected to be availing input tax credit fraudulently and another company was discovered and a subsequent transfer to the petitioner's account was found.

The respondent GST authorities initiated inquiry against M/s.Maps Global, an export firm in Delhi. They suspected that M/s.Maps Global was involved in fraudulent availing of Input Tax Credit, and this Input Tax Credit was utilised for payment of export goods, and later a refund was sought. The respondent authorities scrutinized the bank account of M/s.Maps Global and noticed that an amount of Rs.28.50 lakh was transferred to one M/s.Balajee Enterprises, on June 19, 2019 and July 12, 2019. and M/s.Balajee Enterprises transferred an amount of Rs.1.63 cr to the account of the petitioner on October 17, 2019.

Thereafter, the Directorate General of GST Intelligence issued summons to the petitioner on October 22, 2019 to attend on November 5, referring to inquiry against M/s.Maps Global. The summons stated that the authorities had reason to believe that the petitioner had facts and documents material for the inquiry. Petitioner was summoned under section 70 of the CGST Act and on the same day, the Directorate General issued a communication to the State Bank of India informing the Bank Manager of proceedings being initiated against the petitioner and a provisional attachment of bank account is necessary under section 83 of the CGST Act. Accordingly, the Bank Manager was directed that no debit be allowed to be made from the said account or any other account operated by the petitioner. The petitioner then challenged this attachment under Section 83 of GST Act in the present petition.

Advocate Anjali Jha Manish appeared on behalf of the petitioner and submitted that the action of the respondent authorities is beyond the power conferred under section 83 of the Act. Only if all parameters laid down in this Section are satisfied that the action of attaching a bank account can be taken, Jha said.

She further argued that the contingencies in which an order of provisional attachment can be made are enumerated in section 83 namely, the pendency of proceedings under section 62, 63, 64, 67, 73 and 74 of the Act. No proceedings have been initiated or pending against the petitioner under these Sections, only a summons under section 70 of the Act was issued. Section 70 is not referred to in section 83 of the Act, Jha said.

Appearing for the respondent authorities, Pradeep Jetly submitted that the power of provisional attachment is conferred to protect interests of revenue, and this was a fit case where this power had to be exercised.

After perusing through Section 83 of the act and the impugned order, Court noted-

"Primary defence of the Respondents is that even if section 62, 63, 64, 67, 73 and 74 mentioned in section 83 of the Act are not referable to the case of the Petitioner, since a summons is issued to the Petitioner in pursuant to the inquiry initiated against M/s.Maps Global under section 67 of the Act, by the issuance of summons the proceedings get extended to the Petitioner also.

The analysis of section 83 of the Act will show that such interpretation is not permissible and not contemplated by the legislature. Section 83 read with Rule 159(1), and the form GST DRC-22, lay down a scheme as to how provisional attachment in certain cases is to be levied. Section 83 though uses the phrase 'pendency of any proceedings', the proceedings are referable to section 62, 63, 64, 67, 73 and 74 of the Act and none other. The bank account of the taxable person can be attached against whom the proceedings under the sections mentioned above are initiated. Section 83 does not provide for an automatic extension to any other taxable person from an inquiry specifically launched against a taxable person under these provisions."

"Power to provisionally attach bank accounts is a drastic power. Considering the consequences that ensue from provisional attachment of bank accounts, the Courts have repeatedly emphasized that this power is not to be routinely exercised. Under Section 83, the legislature has no doubt conferred power on the authorities to provisionally attach bank accounts to safeguard government revenue, but the same is within well-defined ambit. Only upon contingencies provided therein that the power under section 83 can be exercised. This power is to be used in only limited circumstances and it is not an omnibus power.

It is therefore not possible to accept the submission of the Respondents that even though specified proceedings have been launched against one taxable person, bank account of another taxable person can be provisionally attached merely based on the summons issued under section 70 to him."

Thus, the petition was allowed and the order of attaching the petitioner's bank account was quashed.