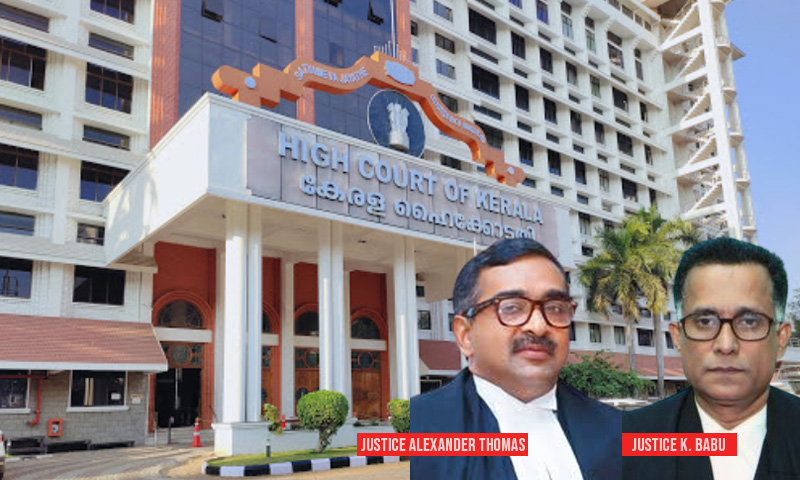 The Kerala High Court has held that its constitutional jurisdiction cannot be used for deciding disputes for which remedies under the civil law are available. Upholding the decision of the Administrative Tribunal, Justices K.Babu and Alexander Thomas held that the petitioners are not entitled to any reliefs refusing to exercise the powers of the judicial review and superintendence. In a...

The Kerala High Court has held that its constitutional jurisdiction cannot be used for deciding disputes for which remedies under the civil law are available.

Upholding the decision of the Administrative Tribunal, Justices K.Babu and Alexander Thomas held that the petitioners are not entitled to any reliefs refusing to exercise the powers of the judicial review and superintendence. In a plea seeking a declaration to the validity of a marriage or the marital status as per Section 7(e) of the Family Courts Act, the Court noted that the competent jurisdiction is that of a Family Court.

It noted that while exercising the writ jurisdiction, the constitutional courts are never expected to undertake such arduous task of sifting of the evidence relating to the questions posed above. It further observed,

"In a proceeding instituted under Articles 226 and 227 of the Constitution of India this Court has intrinsic limitations in resolving the issues relevant in the facts and circumstance of this case."

The petitioner, represented by Advocate K.P.Santhi sought disbursement of the benefits due to the applicants, being the legal heirs of a deceased in question. The petitioners are Vasantha (second-wife) and her two children. The Administrative Tribunal in the impugned order dismissed the plea with the observation that the issues under consideration are matters purely of a civil nature and the remedy available to the petitioners is to approach Civil Court or Family Court seeking necessary reliefs after impleading Kamalamma (first-wife) and her two children. The issue pertained to the marital status of Vasantha, as the deceased was married to Kamalamma on the day he married Vasantha.

While discussing the statutory power of the Tribunals, it held that they are clothed with the power of adjudication of disputed questions where the adjudication is generally summary in nature and is circumscribed by the limit of the statutory framework for which those authorities are created. It contrasted the discussed powers with that of a Civil Court, which can decide factual questions conclusively. Such determination by those courts, unless modified or nullified, would finally bind the parties. It further noted that every provision in the Code of Civil Procedure is moulded to determine factual questions by the Civil Courts so elaborate and conclusive and not capable of being vexed. Finally, pausing the scheme of the Code of such decisions, the Court held that they impliedly carry a declaration as to the legal character of the right or liability or the estate in question.

On the second issue, whether the petitioners have established the facts and circumstances to draw the presumption of death, the Court held that it is an issue of fact in the trial. While referring to Section 107 & 108 of the Indian Evidence Act, the Court noted:

"The "presumption of death" is a rule of evidence which determines the sufficiency of certain facts to discharge the burden of proof from the party on whom it is placed by the pleadings. The relevant provisions are dealt with in Sections 107 and 108 of the Indian Evidence Act."

Based on several authorities, the Court concluded that the presumption, a rebuttable presumption of law that the person died sometime within seven years or more, must be applied cautiously to prevent fraud and injustice. It noted,

"The petitioners are at liberty to invoke the rule of "the presumption of death" in the manner known to law. In fact, it is necessary on the ground of public policy, that rights depending on life or death of a person (Sreedharan in the instant case) who is allegedly absent from his usual place of residence without having been heard from for a period of 7 years, should not remain unaccounted for indefinitely but should be settled in accordance with law. It is settled that the presumption of death is practically available for all legal purposes including proceedings relating to property. It is to be noted that the burden of proving the facts giving rise to the presumption lies on the party invoking the presumption."

However, before death is presumed, the evidence must remove any reasonable probability that the absentee is alive.