Prior Use In One Jurisdiction Would Not In Itself Entitle User To Exclusive Rights In Other Dominion: Delhi HC Clarifies Law On Spill Over of Reputation [Read Order] 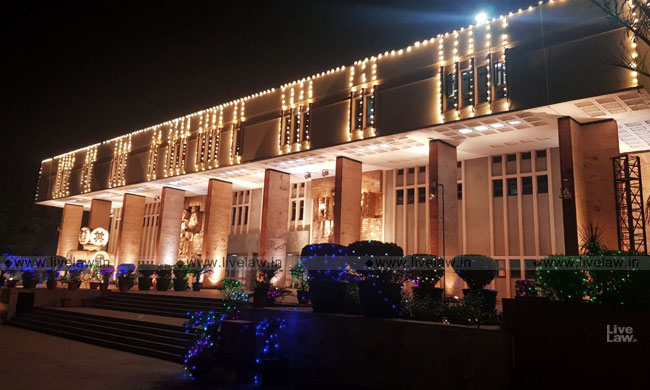 Delhi High Court denied interim injunction in an application wherein the plaintiff, while not having business operations in India, could also not prove spill over of reputation and goodwill, from abroad to India.

While holding that there's no prima facie case to pass injunction against the defendants, the Single Bench of Justice Endlaw noted that mere ownership or even registration of a mark does not lead to any presumption of the mark having a reputation and goodwill, even in the territories where the mark is being used.

Senior Advocate Akhil Sibal, who appeared for the the defendants, argued that the plaintiff, in its response to the objection raised by the Registrar of Trade Marks with respect to the prior pending applications of the defendants, took a stand that there was no likelihood of confusion because the mark of the plaintiff was used for services relating to franchising, namely, offering technical assistance in the establishment and/or operation of real estate brokerages while the defendants were engaged in advertising, business management, etc.

It was further argued by Mr Sibal that the present suit is not maintainable as the plaintiff has failed to establish not only prior user but also continuous extensive user and tremendous goodwill and reputation.

It was also pointed out by the defendants that neither the plaintiff has used the mark 'KW' in India, nor does it have any intention to do so.

In a rejoinder filed by the plaintiff, it was highlighted that while the plaintiff has not started operations in India, it has been considering Indian market for further operations.

In order to deny the interim relief to the plaintiff, the court relied upon the following facts and positions of law:

In light of these observations the court refused to grant interim relief to the plaintiffs and went on to note that:

'Since the plaintiff till date has no business in India, the question of the plaintiff suffering any irreparable loss and injury does not arise and the balance of convenience is also in favour of the defendants. The consumers of the projects of the defendants under the KW brand,who use the same as their address, would also be affected by any injunction granted and all of which cannot be reversed in the event of the plaintiff ultimately failing in the suit.'