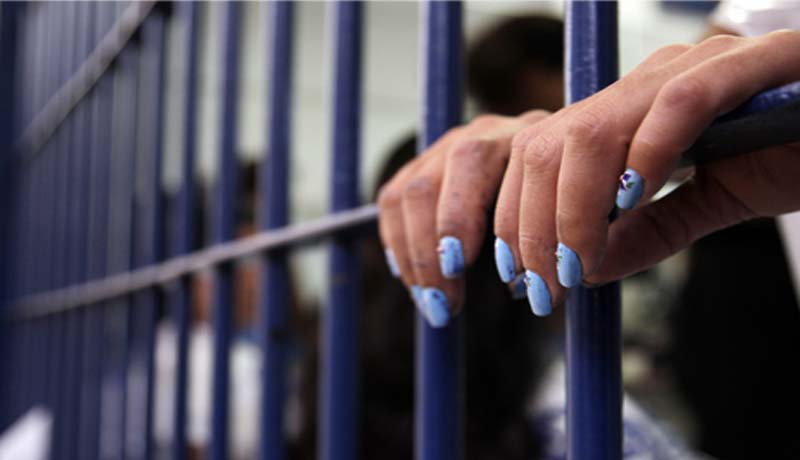 While observing that prostitution has not been made an offence under Immoral Traffic (Prevention) Act, 1956 and that an adult woman has the right to choose her vocation and cannot be detained without her consent, the Bombay High Court on Thursday (24th September) set free 3 sex workers from the Corrective Institution.The Single Bench of Justice Prithviraj K. Chavan was hearing the plea of 3...

While observing that prostitution has not been made an offence under Immoral Traffic (Prevention) Act, 1956 and that an adult woman has the right to choose her vocation and cannot be detained without her consent, the Bombay High Court on Thursday (24th September) set free 3 sex workers from the Corrective Institution.

A Trap was laid (to catch women traffickers) by complainant-Rupesh Ramchandra More, Police Constable on the secret information received that that a person by name Mr. Nijamuddin Khan, a pimp provides women for prostitution at a guest house in Malad.

The learned Magistrate, inter alia, called for a report from the Probation Officer in respect of antecedents, character and suitability of relatives of the Victims (A), (B) and (C) for taking their charge.

Further, the Magistrate declined custody of the victims to their mothers as the victims were found involved in sex work having age group of 20 to 22 years.

It revealed from the report of the Probation Officer, the concerned police personnel as well as from the inquiry by the learned Magistrate that the victims (A), (B) and (C) belong to "Bediya" community.

A custom prevails in the community wherein a girl, after attaining puberty is sent for prostitution. The parents of the victims were aware that the victims are engaged in prostitution, meaning thereby, the parents themselves are allowing to indulge in prostitution as a profession for their daughters' and, therefore, the learned Magistrate observed that it would not be safe to hand over the custody of the victims to their mothers.

The victims were directed to be sent to "Nari Niketan Prayag Vastigruha, Fultabad, Allahabad, UP or any State-run institution of Uttar Pradesh for one year for the care, protection, shelter and vocational training in the subject of their liking.

The said order was challenged by way of an appeal bearing No. 284 of 2019 in the Court of Sessions Judge at Dindhoshi. The learned Additional Sessions Judge dismissed the appeal by confirming the order passed by the learned Magistrate on 19.10.2019.

The Court observed that since the victims, according to the learned Counsel, are not being prosecuted, there is no question of continuing their detention in the custody of Navjeevan Mahila Vastigruha, Deonar, Mumbai or with any other institution.

Even otherwise, the Court said the said Act [Immoral Traffic (Prevention) Act, 1956] does not empower the Magistrate to hold the custody of the victims beyond the period of 3 weeks without there being any final order to that effect after following due process of law.

The Court then observed that section 17(4) of the said Act provides that after completion of the inquiry, if the Magistrate is satisfied, he may, subject to the provisions of sub-section (5) make an order that the victims be detained for such period, being not less than one year and not more than three years, as may be specified in the order, in a protective home for which the Magistrate shall give reasons in writing.

It is pertinent to note that the Court observed that that the provisions of Section 17(4) of the Act are subjected to the provision of subsection (5), which provides that the inquiry shall be conducted by the panel of at least 5 persons, to be appointed in the manner as contemplated in the said sub-section (5). No such inquiry as contemplated under the statute was conducted in this case.

The Court also noted that Section 17(4) implies that an order under the said Section can only be passed, subject to the provision of sub-section (5) Section 17 of the said Act.

Notably, sub-section (5) contemplates that while discharging the function under subsection (2), the Magistrate will have to summon a panel of 5 respectable persons, 3 of whom shall wherever practicable, be women to assist him in that regard.

It can, therefore, be safely inferred that the legislature while using the word "may", wanted to use it in a mandatory sense otherwise they would not have subjected to exercise powers under Sections 17(2) to 17(5) of the said Act.

The Court relied on the Judgment of Kumari Sangeeta Vs. State of Delhi and Ors. 1996, Criminal Reporter, P-129, (Delhi) to drive home the aforesaid point

"There is no provision under the law which makes prostitution per se a criminal offence or punishes a person because he indulges in prostitution. What is punishable under the Act is sexual exploitation or abuse of a person for commercial purpose and to earn the bread thereby, except where a person is carrying on prostitution in a public place as provided in Section 7 or when a person is found soliciting or seducing another person in view of Section 8 of the said Act.. The record does not reveal nor there is a charge against the victims – petitioners that they were indulged in prostitution." (emphasis supplied)

The Court found nothing on record to show that the petitioners were seducing any person for the purpose of prostitution nor there was any material to show that they were running a brothel.

"It seems that the learned Magistrate has been swayed away while passing the impugned order by the fact that the petitioners belong to a particular caste. It is equally important to note that the petitioner victims are major and, therefore, have a right to reside at the place of their choice, to move freely throughout the territory of India and to choose their own vocation as enshrined in Part III of fundamental rights of the Constitution of India."

The learned Magistrate, the Court noted, before passing the impugned order ought to have considered the willingness and consent of the victims before ordering their detention in the protective home.

Further, the Court ordered, impugned dated 19.10.2019 by the Metropolitan Magistrate, Mazgaon and the order dated 22.11.2019 passed by the Additional Sessions Judge, Dindoshi, be quashed as the same was found to be bad in law.

The Court also said that the victims cannot be subjected to unnecessary detention contrary to their wish and should be asked to reside in the corrective institution. There is no material on record suggesting that the victims are suffering from any disability or any diseases so that reasonable restrictions can be placed.

Further, it was also made clear that it was not the case of the Police that setting the victims free would cause some danger to society.

"It is nearly one year that the victims have been detained in the corrective home against their wish and, therefore, for the reasons stated herein, they need to be released forthwith", the Court concluded.

It may be noted that dismissing an anticipatory bail moved by a brothel owner, the Calcutta High Court has recently reiterated that sex workers exploited for commercial sex are victims and they should not be arrested in course of investigation under the Immoral Traffic (Prevention) Act, 1956 (the Act) unless materials on record suggest that they were involved as co-conspirators in the crime.

Also, the Supreme Court on Monday (21st September) directed Centre & State Governments to provide food and financial aid to sex workers in a plea highlighting the distress faced by them on account of the ongoing pandemic.

A bench of Justices L. Nageswara Rao & Hemant Gupta urged the Centre and State Government to urgently consider providing them relief in the form of dry rations, monetary assistance as well as masks, soaps and sanitizers without insisting on proof of identity.