"She Became Proud Mother But Paid Heavy Price": Allahabad HC Grants Relief To Woman Who Failed To Appear For PE Test During Pregnancy 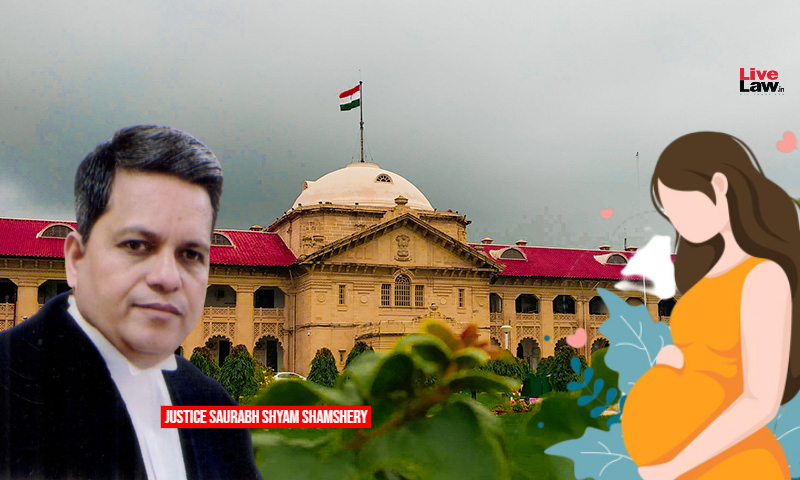 In a significant order, the Allahabad High Court recently directed the State Government to conduct a Physical Efficiency Test of a woman (for the post of Jail Warder), who failed to appear for the test last year on account of her pregnancy.

The Court also noted that the petitioner had traveled a journey of motherhood and became a proud mother, but forced to pay heavy price for it, being denied permission by respondents to appear for physical efficiency test, after she gave birth to a baby.

Essentially, the Petitioner/Preeti Malik could not participate in the Physical Efficiency Test (PET) scheduled on March 23, 2021, in pursuance of the recruitment process for the post of UP Police Jail Warder, when she was in the family way (7th month of pregnancy).

Later on, she delivered a baby on June 2, 2021, she duly communicated her medical condition to the respondents on March 23, 2021, and subsequently on March 26, 2021, but they remained unheard.

Therefore, she approached the High Court with the prayer that the respondents' authorities be directed to conduct Physical Efficiency Test by providing her an attempt as she was not able to appear on the date fixed due to her pregnancy and delivery of a child.

At the outset, the Court noted that to achieve above high status, a woman has to carry a life within her for about nine months, the period during which, the Court added, she not only has to face different physiological changes but has to cross various psychological situations as well.

Further, the Court also observed that the Petitioner's future prospect and her legitimate right to complete all steps for the recruitment process for the post of Jail Warder were withheld by the respondents as her representation for giving a chance to appear for test after delivery of a child remained unnoticed.

In view of this, stressing that the power conferred on the High Court under Article 226 of the Constitution is to advance justice and not to thwart it, the Court disposed of the plea by issuing the following directions:

- The respondents' authorities are directed to fix a date between 16.5.2022 to 20.5.2022 for conducting the Physical Efficiency Test of the petitioner by providing prior information to her.

- On the basis of the outcome of the Test referred above, the merit of the petitioner shall be declared and in case, she got more than cut-off marks, she shall be appointed on the post of Jail Warder.

- However, if the process is already completed, the petitioner shall be put at the bottom of the merit list and her candidature will be considered if a vacancy arose due to the non­joining of a selected candidate or otherwise.