Public Prosecutor Must Apply Mind Independently Before Filing Report U/MCOCA Seeking Extension Of Time To Investigate, He Is Not A Mere Postman: Bombay HC [Read Order] 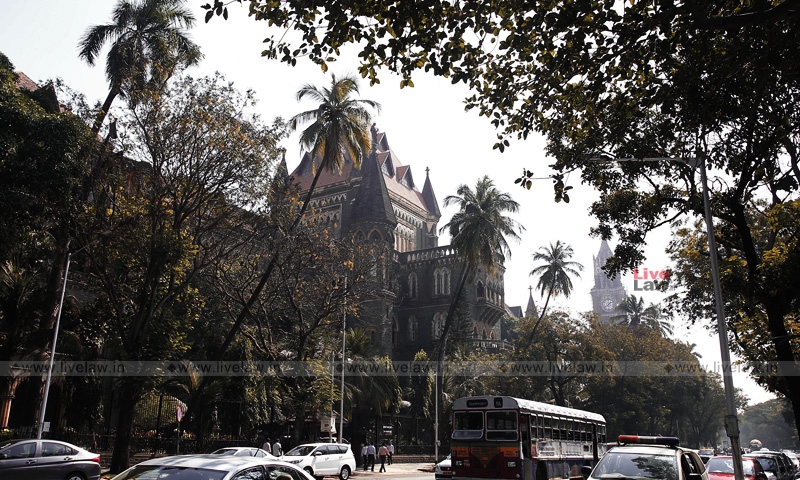 The Bombay High Court last week held that before filing a report under the Maharashtra Control of Organized Crime Act (MCOCA) seeking extension of time for further investigation in a case beyond the 90 day period, the Public Prosecutor must apply his/her mind independently. He is not a mere postman or a forwarding agency, Court said.Division bench of Justice RV Ghuge and Justice BY Debadwar...

The Bombay High Court last week held that before filing a report under the Maharashtra Control of Organized Crime Act (MCOCA) seeking extension of time for further investigation in a case beyond the 90 day period, the Public Prosecutor must apply his/her mind independently. He is not a mere postman or a forwarding agency, Court said.

Division bench of Justice RV Ghuge and Justice BY Debadwar of the Aurangabad bench quashed and set aside the order of the concerned Special court allowing the investigating officer's application under Section 21(2)(b) of the MCOC Act seeking extension of time for tendering the charge-sheet. Moreover, the order dated September 10 rejecting the application filed by accused under Section 167(2) of the CrPC for default bail, was also set aside.

The accused is Shaikh Mehmood, a 22-year-old labour from Nanded booked for the offence punishable under Sections 394, 397 of IPC and Section 3/25 of Arms Act and U/sec.3(1)(ii) of the MCOC Act. He was arrested on June 2, 2020. The Special Inspector General of Police, Nanded Range granted approval for applying the provisions of Maharashtra Control of Organized Crimes Act, 1999, and on July 30, 2020 the provisions under Section (3)(1)(ii) of the MCOC Act were added in the FIR.

Thereafter, on August 31,2020, the 90 days period for filing of the charge-sheet, expired. On September 2, the Investigating Officer made an application under Section 21(2)(b) of the MCOC Act to the Special Court seeking extension of time for tendering the charge-sheet. After the accused's application for default bail was rejected and extension of time was granted to the investigating officer, he filed a criminal appeal challenging these orders.

Advocate SS Gangakhedkar and Advocate Sandeep munde appeared on behalf of the petitioner and relied upon the following judgments of the Supreme court in support of his contention that unless the public prosecutor submits a report, the Special Court is not to consider the request for extension of time. -

After examining the contentions and the case laws relied upon by the accused, the bench observed-

"It is thus obvious that the Hon'ble Apex Court has defined the role of the Public Prosecutor and has considered it to be a one of applying mind independently to the request of the Investigation Agency, before submitting his report to the Special Court approving the request for extension of time. He is not a mere postman or a forwarding agency. If he agrees with the reasons cited by the Investigation Agency, he would prepare his own independent report to assist the Special Court to decide whether the time period needs to be extended beyond 90 days and to a maximum of 180 days. If he is not convinced, he has the freedom to disagree with the reasons cited by the Investigation Agency and it is within his power in refusing to forward a report.

Court noted that, Section 21(2)(b) of the MCOC Act and Section 20(4)(bb) of the Terrorist and Disruptive Activities (Prevention) Act, 1987 are practically identical. So also, Section 49(2)(b) of the Prevention of Terrorism Act, 2002 which replaced the TAD Act, also carries an identical provision. Thus, the bench said-

"We are, therefore, of the considered view that the intent and the object of the legislature in all these enactments was aimed at protecting the personal liberty of an accused and fetters were imposed on the investigation agency with regard to completion of investigation within the time frame. Extension of the time frame was permissible under stringent conditions.

The role of the public prosecutor is therefore obvious and very much pronounced/significant in view of the above reported judgments. It is in the backdrop of this significant role that he has to play, that we are examining the application filed by the prosecutor in the instant case, which is reproduced in para 12 herein above."

Therefore, Court held that the public prosecutor's report has to be an independent report comprising of -

(a) reasons evidencing the personal satisfaction of the public prosecutor as regards the progress in investigation made,

(c) the object to be achieved through investigation for which an extended period of time is necessary.

These ingredients have to form a part of the report of the prosecutor and he has to tender the said report to the Special Court under his signature. It cannot be in the form of a miscellaneous application to be filed for seeking extension of time. In addition to his report, he should append the report of the Investigation Agency so as to convince the Special Court that extension needs to be granted, Court said.

With regard the accused being entitled to default bail under Section 167(2) of CrPC, Court observed -

"It is settled by a judgment of this Court in the matter of Sachin Namdeo Rathod (supra) that the accused has to be served with a notice and has to be heard before the court passes an order of granting extension. So also, considering the law laid down in Nirala Yadav (supra), the request for extension of time has to be filed before the Special Court on or before the last day of the time frame available in law for investigation since the moment the time frame expires, the right to the accused under Section 167(2) of the Cr.P.C. is born and that right accrues to him instantaneously. Such right in law is an indefeasible right."

Calling the impugned orders cryptic and unreasoned, Court quashed and set them aside. Consequently, the appellant accused also became entitled to default bail and was granted the same.

Finally noting that in several cases that the public prosecutor appearing before the Special Courts are either casual or are unaware about the position in law of tendering a Report, Court directed the Registrar (Judicial) to place a copy of this order before the Chief Secretary, State of Maharashtra, the Director General of Police, State of Maharashtra and the Director of Prosecution for perusal, so as to "issue directions for enlightening the prosecutors for meticulously following the crystallized position in law of submitting their report with reasons for seeking extension of time for investigation."