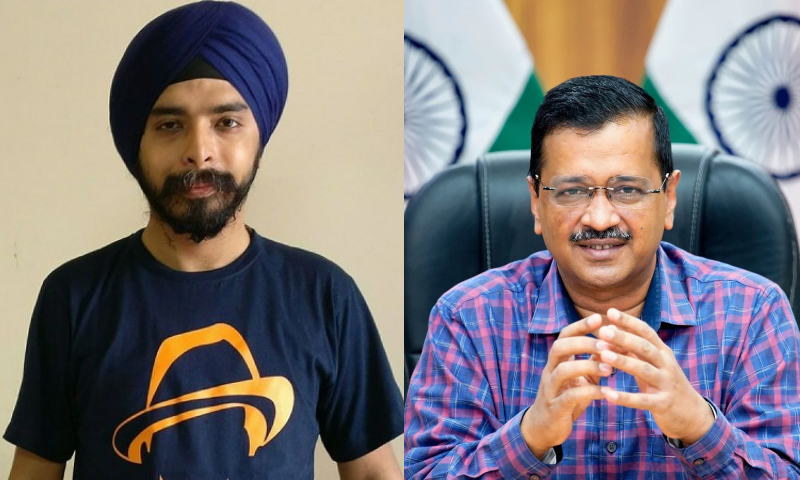 The Punjab and Haryana High Court has granted relief to Bharatiya Janata Party (BJP) leader Tajinder Pal Singh Bagga in a case registered against him for his alleged criminal intimidating statement against the Chief Minister of Delhi, Arvind Kejriwal.Noting that the offences listed in the FIR are all punishable with imprisonment of less than seven years, the Bench of Justice Harinder...

The Punjab and Haryana High Court has granted relief to Bharatiya Janata Party (BJP) leader Tajinder Pal Singh Bagga in a case registered against him for his alleged criminal intimidating statement against the Chief Minister of Delhi, Arvind Kejriwal.

Noting that the offences listed in the FIR are all punishable with imprisonment of less than seven years, the Bench of Justice Harinder Singh Sidhu directed the Punjab State Government to strictly adhere to the directions of the Supreme Court in the case of Arnesh Kumar vs. State of Bihar and another, 2014(8) SCC 273

It may be noted that in Arnesh Kumar (supra) case, it was categorically held that in all cases where the arrest of a person is not required under Section 41(1), Cr.PC, the police officer is required to issue notice directing the accused to appear before him at a specified place and time.
Significantly, the Law obliges such an accused to appear before the police officer and it further mandates that if such an accused complies with the terms of notice he shall not be arrested, unless, for reasons to be recorded, the police office is of the opinion that the arrest is necessary.

The FIR against Bagga under Sections 153-A, 505, 505(2) and 506 IPC had been lodged earlier this month by the Punjab Police on the complaint of Dr. Sunny Singh Ahluwalia (Lok Sabha Incharge & Spokesperson, Aam Adami Party).

The complaint refers to a statement allegedly made by the petitioner which it is alleged constitutes instigation/ incitement to cause violence, use of force, and imminent hurt to Arvind Kejriwal and other leaders, members of Aam Admi Party in a pre-designed, well planned, orchestrated manner

Hence, Bagga moved to the HC with the instant petition filed under Section 482 Cr.P.C. seeking quashing of the FIR.

Hearing on the matter before the Court

Before the Court, Senior Counsel Chetan Mittal appearing for Bagga strenuously contended that on a bare reading of the statement of the petitioner, which forms the basis of the FIR, no offence is made out against the petitioner.

It was also submitted that the registration of the FIR is actuated by political mala fide and therefore, he prayed that pending the final disposal of the petition, further proceedings against the petitioner may be directed to be stayed.

On the other hand, the Senior Deputy Advocate General, Punjab contended that the allegations in the FIR are not centred on a single statement of the petitioner. He also submitted that the complainant had alleged that the petitioner and other unknown persons, in a well-planned and orchestrated manner, were issuing false, provocative, inflammatory and communally divisive statements aimed not only at outraging the religious feelings but also to incite causing harm and to criminally intimidate Kejriwal.

He stated that after the registration of the present case certain other statements/ tweets of the petitioner have come to light which also are offensive and attract some of the offences listed in the FIR, to place them on record, he prayed for time to file a reply.

In view of this, granting time to place the material on record, the Court posted the matter for April 20 and directed the Punjab State to strictly follow the law laid down by the Supreme Court in the case of Arnesh Kumar (Supra).