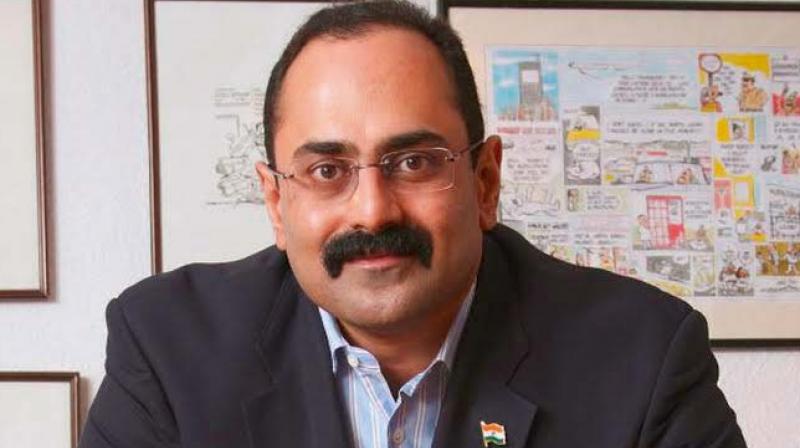 Delhi High Court on Monday dismissed a PIL seeking direction to Election Commission to investigate into the affidavit filed by the Rajya Sabha Member of Parliament, Rajeev Chandrasekhar, member of parliament and businessman.

The bench headed by Chief Justice Rajendra Menon has asked the petitioner to avail the remedy by way of an Election Petition.

The PIL alleged that Mr. Rajeev Chandrasekhar has not disclosed full information in his election affidavit regarding his assets, while contesting to Rajya Sabha in March 2018. The PIL has been filed by Mr. Renjith Thomas, who is a software professional from Bangalore through Advocate Avani Bansal.

The PIL alleges that Mr. Chandrasekhar owns a LAND ROVER, Registration No. DL6CZ0100 in his own name, as per the Ministry of Road Transport & Highways (www.parivahan.gov.in) but he hasn't disclosed this information in his affidavit.

Further it is alleged that he hasn't disclosed two residential properties that he allegedly owns in the posh neighborhood of Koramangala 3rd Block, in Bangalore.

The PIL has sought a direction to the Election Commission of India to exercise its Constitutional powers under Art. 324 of the Constitution and investigate into this matter. Section 125 A of Representation of Peoples Act 1951, provides for 6 months imprisonment or fine or both in case of filing of a false affidavit. Election Commission of India has passed a circular No.4/2014/sdr-vol-I dated 26th April 2014 which requires 'aggrieved person' to approach the local criminal court, from where the candidate has filed the nomination papers if they find any anamoly in the affidavit.

The PIL states that this circular cannot be used by the Election Commission of India to shirk its constitutional obligation under Art. 324 whereby it has 'superintendence, direction and control' of all election-related process. Since most people will be hesitant to approach the local criminal court and pursue the matter against sitting MPs, this circular has been used by the ECI to not investigate into matters itself, petitioner alleges.

PIL has sought an interpretation of this circular to ensure that ECI does not shirk its duty towards all voters in India who also have a fundamental right to know about the correct antecedents of their candidates under Art. 19 (1) (a) of the Constitution. It also prays for ECI to investigate into the affidavit filed by Rajeev Chandrasekhar.