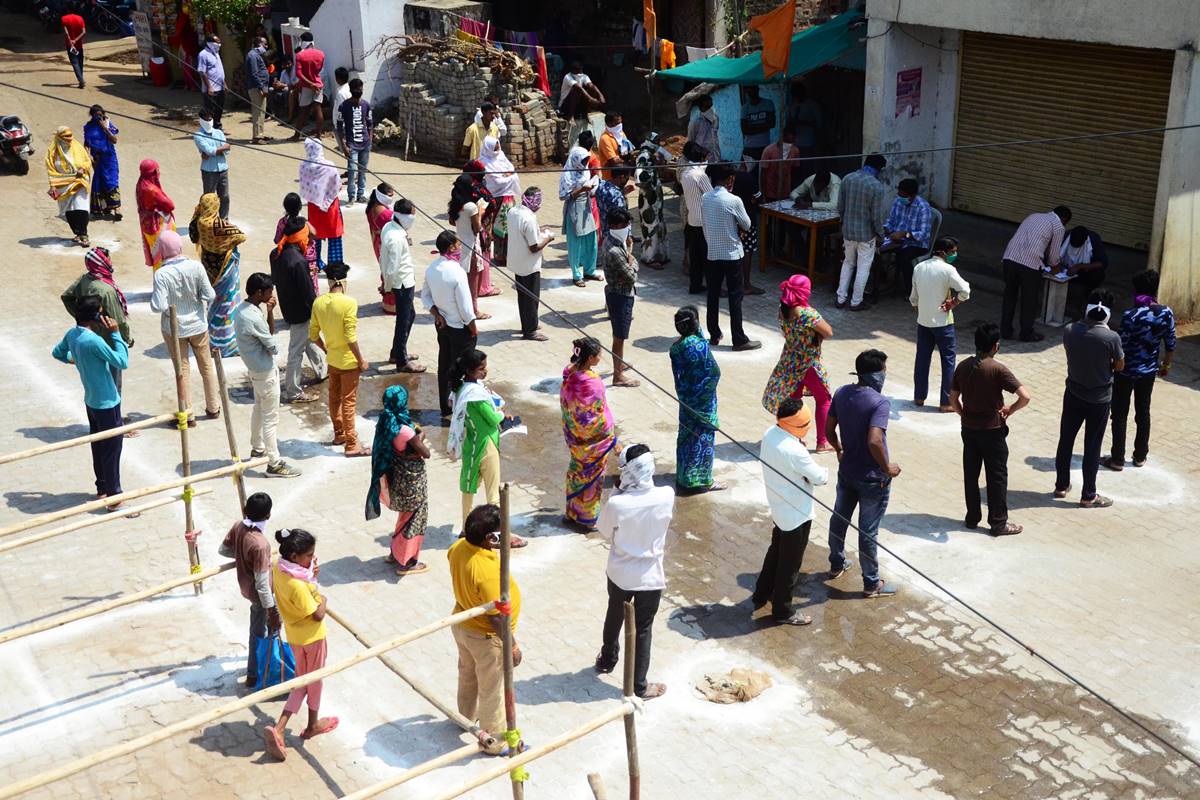 The Delhi High Court is set to hear on Wednesday a Public Interest Litigation (PIL) which states that thousands of needy persons have not been receiving ration despite holding E-Coupons under the Public Distribution System (PDS) issued by the Delhi Government. Soon after the nationwide lockdown was in operation, the Delhi Government, on April 5, announced a scheme for providing ration...

The Delhi High Court is set to hear on Wednesday a Public Interest Litigation (PIL) which states that thousands of needy persons have not been receiving ration despite holding E-Coupons under the Public Distribution System (PDS) issued by the Delhi Government.

Soon after the nationwide lockdown was in operation, the Delhi Government, on April 5, announced a scheme for providing ration to non-ration card holders. Pursuant to the same, E-Coupons were issued to provide the destitute with free food grains and various distribution centers were identified at different locations.

The present petition apprises the Court of the problems pertaining to this system, as a result of which "the poorest of poor and the neediest among the needies" are unable to get access to ration. The petitioner, a law student residing in the Sultanpuri Area of Delhi, emphasizes on the condition of those who live in areas in Delhi which have a 'high concentration (of) poor/needy persons'.

"The present petition concerns the poorest of the poor and the neediest among the neediest who are stranded in the city of Delhi with no food what to say of the basic care and protection which is the need of the hour in the current extraordinary situation of the Covid 19 pandemic which this country and the entire world is currently facing."

With this in mind, it is urged that the process of filling the form through which an E-Coupon is issued is not as 'simple' as the Government claimed. It is contended that the poorest people cannot apply online due to inaccessibility, which in turn makes the most marginalized unable to benefit from the scheme. Further, the petitioner claims that the concerned website is prone to crashing and is unable to take the load.

"According to the government, all they had to do was fill a 'simple' form online. The form is not so simple either. The website through which people who do not have ration cards in Delhi had to apply to become eligible for ration has crashed. Whenever the website is accessed, it permanently shows the message 'Server under heavy load! Please check after some time.' Moreover, most poor people cannot apply online as most do not have smart phones and there are no cyber cafes functioning during the lockdown."

Since the system requires applicants to use a website, they would need to have the ability to access the internet, have a mobile phone to generate an OTP, upload a photo of their Aadhaar card and a photo of their family, and finally, download the e-coupon. This, argues the petitioner, "makes the system inaccessible for the poorest and marginalised who need rations."

Thus, to ensure that poor persons and the marginalized sections of society are saved from "the most emergent humanitarian crisis", the petitioner has sought for a slew of directions to ensure ration reaches those who need it the most.

The petition, filed by Advocates Kriti Kumari and Kamlesh Kumar Mishra, has also prayed for web/IT infrastructure to be kept functional at all times so that any errors requiring resolution may be reported to a designated official, in order to keep the process under PDS accessible.