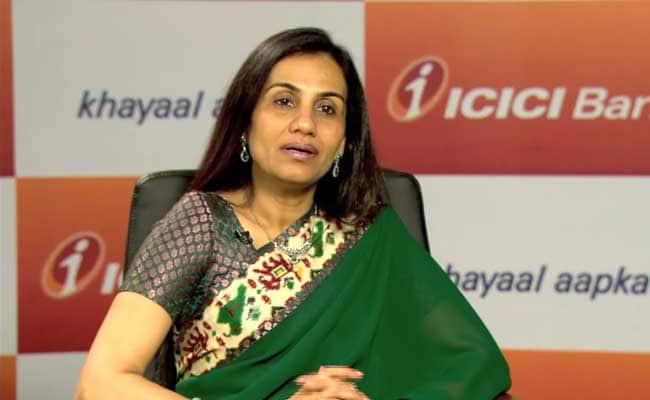 The Reserve Bank of India on Thursday told the Bombay High Court that the Central Bank's approval for Chanda Kochhar's termination from ICICI bank as CEO and Managing Director was in accordance with the law.Division bench of Justice Ranjit More and Justice SP Tavade were hearing Kochhar's plea challenging her termination.RBI's counsel, Senior Advocate Venkatesh Dhond submitted an affidavit...

The Reserve Bank of India on Thursday told the Bombay High Court that the Central Bank's approval for Chanda Kochhar's termination from ICICI bank as CEO and Managing Director was in accordance with the law.

"RBI has acted in accordance with the statutory provisions and no mala-fides or arbitrariness can be attributed to it. While giving regulatory approval for termination of appointment of a Managing Director, RBI does not stand in judgement over the legality of actions taken by a banking company in pursuance of the contracts of the person concerned.

Such actions are for the banking company to justify. When RBI grants an approval, it's looking at the same issue but from a regulatory angle."

Appearing for the petitioner, Senior Advocate Vikram Nankani pointed out that Section 35B(1) of the banking Regulation Act provides that no appointment or re-appointment or termination of appointment of a Chairman, a Managing Director or whole time Director, Manager or Chief Executive Officer of a banking company by whatever name called shall have effect unless such appointment, re-appointment is made with the previous approval of the Reserve Bank of India.

On January 24, 2019, Chanda, her husband Deepak Kochhar, and industrialist Venugopal Dhoot were named in a FIR by Central Bureau of investigation for cheating and defrauding ICICI Bank to the tune of Rs 1,730 crore. CBI filed a charge sheet against the three for committing offences punishable under Section 120B (criminal conspiracy) and 420 (cheating) of IPC, Sections 7 (taking gratification) and 13(2) (criminal misconduct) read with 13(1)(d) (pecuniary advantage) of the Prevention of Corruption Act.

Following this, ED lodged a case of money laundering against Chanda Kochhar in connection with loans disbursed by bank to the Videocon Group which later turned into Non-Performing Assets.

The petition argues that Kochhar's request for an early retirement was accepted by the Board of Directors of ICICI bank and she would stand relieved from the bank's services with effect from October 4, 2018. However, on January 30, 2019, ICICI bank informed Kochhar via email that the Board of Directors, following the receipt of the enquiry report from Justice (Retd.) BN Srikrishna and due consideration of the enquiry report and deliberations, decided to treat the petitioner's separation from the Bank as "termination for cause" under the Bank's internal policies, schemes and the code of conduct.

Dhond told the Court that RBI has recognized October 4, 2018 as Kochhar's last day at work. RBI does not get involved in between an employer-employee relationship, Dhond said.

Court posted the matter for hearing after vacations on January 13 and allowed the respondent bank to file a rejoinder regarding merits of the petition.