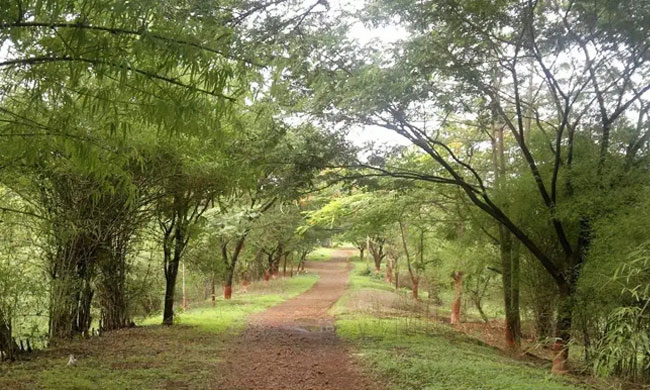 Division bench of Chief Justice Pradeep Nandrajog and Justice Bharati Dangre heard the petition challenging the move to remove a substantial part of the forest often referred to as Mumbai's lungs.

MCGM informed the bench that a formal permission is yet to be granted and the process will take 15 days, until then no trees will be cut.

The petitioner has alleged that such a proposal for cutting of trees at Aarey has been floated from time from 2014 and has either been withdrawn or postponed due to stiff opposition. On the present occasion the proposal has been passed by fraudulent methods, petition states.

According to the petition, Tree Authority which comes under the MCGM issued a Public Notice dated June 30, 2019 calling for suggestions and objections from members of the public on a proposal by MMRCL seeking removal of 2702 trees at Aarey (2238 trees proposed to be cut & 464 trees proposed to be transplanted).

Thereafter, over one lakh citizens filed their objections to the said proposal. On July 08, 2019, the Tree Officer of the said authority conducted a public hearing, where the petitioner and along with 500 other citizens attended and once again raised their objection.

Petition has sought quashing of the said approval of resolution to remove 2646 trees.