The Court Can Exercise Its Revisional Jurisdiction On An Intermediate Order Since It Is Not An Interlocutory Order: Madhya Pradesh High Court 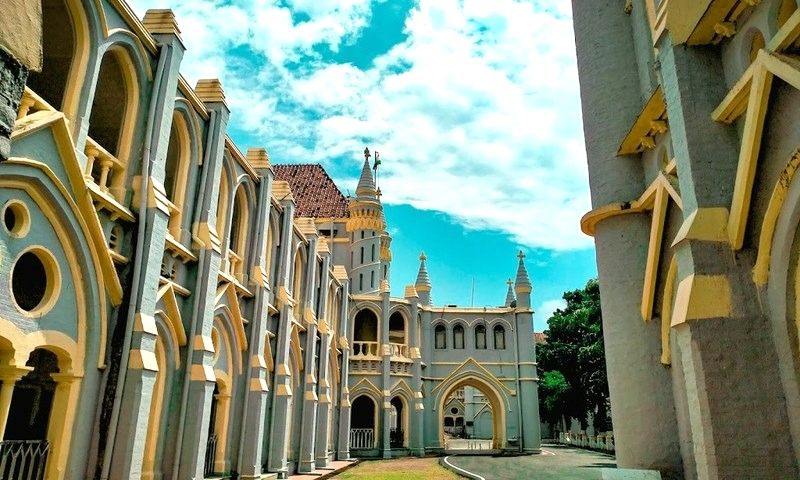 The Madhya Pradesh High Court held that as far as an intermediate order is concerned, the court can exercise its revisional jurisdiction since it is not an interlocutory order. Justice Anjlu Palo referred to the case of Girish Kumar Suneja v. Central Bureau of Investigation, where it was observed that there are three categories of orders that a Court can pass – final, intermediate and interlocutory.

Referring to a catena of judicial precedents, the Court noted that according to Section 397(2) CrPC, revision against an interlocutory order is not maintainable. It is well settled that in deciding whether an order challenged is interlocutory or not, as far as Section 397(2) CrPC is concerned, the sole test is not whether such order was passed during the interim stage. It remarked,

"If the order under challenge culminates the criminal proceedings as a whole or finally decides the rights and liabilities of the parties then the order passed is not interlocutory in spite of the fact that it was passed during any interlocutory stage. The feasible test is whether by upholding the objections raised by a party, it would result in culminating the proceedings, if so any order passed on such objections would not be merely interlocutory in nature as envisaged in Section 397(2) CrPC."

The applicant-complainant filed a criminal revision, being aggrieved by the order passed by the Second Additional Sessions Judge, Jabalpur dismissing their application under Section 311 of the Criminal Procedure Code.

The original complainants (respondents herein) filed a complaint under Section 200 of CrPC alleging collusion amongst one another with common intention and the creation of a forged will purporting it to be the last genuine will of a deceased person. The allegation pertains to the commitment of forgery of valuable security and will, by making & possessing a counterfeit seal intending to use it as genuine and by fraudulent cancellation & destruction of the Will and codicil of the deceased person, thereby they committed offence under Sections 467, 468, 471, 472, 473, 474 and 477 read with Section 34 of IPC.

The Judicial Magistrate First Class dismissed the said complaint about the want of sufficient evidence. However, the Additional Sessions Judge set aside the order observing that a prima facie case is made out for taking cognizance of the complaint. Therefore, the JM First Class took cognizance of the offences punishable under Sections 120B, 420, 465, 466, 467, 468, 471, 472, 473, 474 read with Section 34 of IPC.

The applicant challenged the order above before the Supreme Court in Special Leave Petition, which was partly allowed and disposed of by the Supreme Court with the direction that the complainants-petitioners shall be free to examine further witnesses, if any, including the co-complainant in the complaint before the Magistrate for which purpose the Magistrate shall fix an appropriate date.

After that, the applicant recorded her statement before Judicial Magistrate First Class and learned Judicial Magistrate First Class re-registered the complaint under Section 120B, 420, 465, 466, 467, 468, 474, 477 of IPC and committed the complaint to trial Court. Subsequently, the State filed four applications under Sections 91 and 311 of Cr.P.C. seeking production of certain documents as prayed for therein. The trial Court dismissed the said applications. Being aggrieved, the State filed a petition before this Court. This Court remanded the said applications back to the trial Court for passing an order on merits relating to the documents cited in the applications.

One of the respondents challenged the order before the Supreme Court in Special Leave Petition because he was not heard before passing the order. The Supreme Court set aside the order and remanded back the matter to this Court with direction to rehear the case.-

On remand, this Court dismissed the said petition. The applicant and the original complainants challenged the order before the Supreme Court in Special Leave Petition. The Supreme Court allowed the production of several documents as prayed for in the applications filed by the State.

During arguments on framing of charge on the complaint above, the State filed an application under Section 311 of Cr.P.C. seeking recall of a respondent for further examination to place on record certified copies of papers and proceedings concerning the judicial proceedings about the alleged forged Will as well as estate/assets of the deceased, which has been dismissed by the trial court on the ground that the complaint was being tried in accordance with the provisions of Sections 225-237 of Cr.P.C. which do not provide for recalling of any witness or complainant before framing of charge(s) or recording evidence before framing of charges, hence this revision.

It referred to the case of Sethurama v. Rajamanickam and noted that the order summoning or refusing to summon witnesses u/s 311 CrPC is an interlocutory order within Sec. 397(2) CrPC as it does not decide any substantive right of litigating parties. Hence no revision lies against such orders.

In the instant case, the applicant is calling in question an order of dismissal of an application filed by the State under Section 311 CrPC seeking recall of a respondent for further examination to place on record certified copies of papers and proceedings concerning allegation of a forged will. The Court noted that it is apparent that the order under challenge in this revision does not culminate the criminal proceedings as a whole or finally decide the rights and liabilities of the parties; therefore, it cannot be said to be a final order or an intermediate order.

Dismissing the revision as not maintainable, the Court noted that,

"The impugned order is purely interlocutory in nature. . In view of the aforesaid discussion and in the light of the principles laid down by the Supreme Court in the aforesaid decisions, it is apparent that the impugned order passed while dismissing application filed by respondent No.1/State under Section 311 Cr.P.C. for recalling the witness is an interlocutory order and in the considered opinion of this Court no revision petition against such an order is maintainable in view of the provision of Section 397 (2) of Cr.P.C."