Rule Of Reservation Prescribed For State Quota Seats Does Not Apply To The Seats Reverted from All India Quota: Bombay HC [Read Judgment] 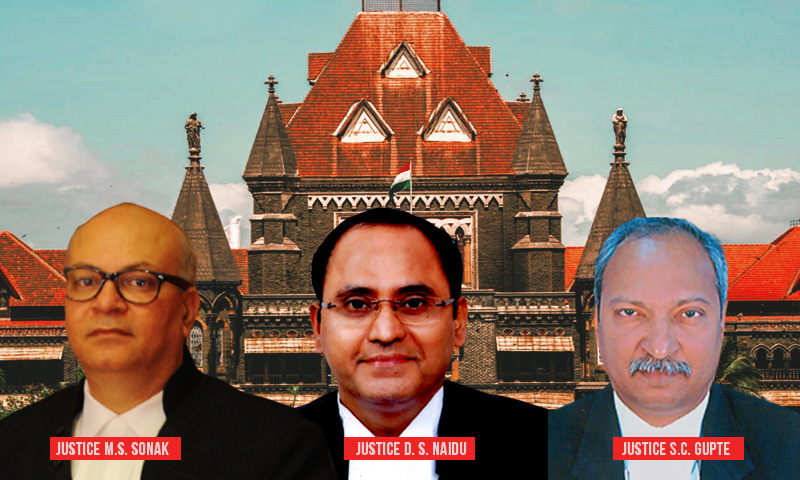 The High Court of Bombay at Goa has held that the rule of reservation prescribed for State quota seats does not apply to the seats reverted from All India Quota, though such seats are available to the State for allotment.Justice SC Gupte answered a split verdict delivered by the division bench of Justice MS Sonak and Justice DS Naidu in a writ petition filed by United Tribals Association...

The High Court of Bombay at Goa has held that the rule of reservation prescribed for State quota seats does not apply to the seats reverted from All India Quota, though such seats are available to the State for allotment.

Justice SC Gupte answered a split verdict delivered by the division bench of Justice MS Sonak and Justice DS Naidu in a writ petition filed by United Tribals Association Alliance Society, wherein non-extension of the benefit of reservation (as per rule contained in the State's Notification dated September 7, 2007) available for the seats from original State Quota to the reverted seats, is the subject matter of challenge.

The controversy in this particular matter concerns admission to under-graduate medical seats in the State of Goa. Across the country, for admission to under-graduate medical courses, 15 per cent of total available seats are to be allotted by the Central Government under what is known as an 'All India Quota'. These seats go by the uniform qualification/s applied in the country without reference to the laws of individual States concerning reservation. The remaining seats go under what is known as a 'State Quota'.

For seats under 'State Quota', reservation policies of respective State Governments apply. Many a times, seats under All India Quota are not filled in and remain vacant, and become available to individual States for allotment. Admittedly, under-graduate medical seats in Goa, were originally part of All India Quota and have been reverted to the State since they were not filled and are to be allotted by the State.

The State has made different provisions for allotment of original State Quota seats, particularly, the reservation of 12 per cent for Scheduled Tribes in the State under Notification dated September 7, 2007, and for allotment of reverted seats (reverted from All India Quota), namely, the rule specified in Clause 4.37 of the Common Prospectus for Admission to First Year of Professional Degree Courses, Session 2020-2021 inter alia for MBBS course.

Clause 4.37 provides that seats reverted from All India Quota have to be offered to general category students without any reservation.

While Justice MS Sonak held that that the reverted seats should go by the stipulation made in Clause 4.37 of the Prospectus as the clause is very much a law made by the State in exercise of its executive power under Article 162 of the Constitution of India, just as the original Notification dated September 7, 2007 was.

On the other hand, Justice Dama Seshadri Naidu held that the original rule of reservation, which applies to State Quota seats, would also apply to seats reverted to the State from All India Quota. These reverted seats are deemed to be seats from State Quota and must go by the State's own stipulation of reservation, in particular, 12 per cent reservation for Scheduled Tribes contained in the Notification of 7 September 2007, Justice Naidu concluded.

In view of this difference, under directions of the Judges, the matter was placed before the the Chief Justice, who referred the same to Justice Gupte.

Since both sides relied upon Article 15 of the Constitution of India in support of their respective arguments, Court observed-

"Any reservation made for Scheduled Tribes in the matter of admission to medical colleges, such as the one we are concerned with in the present petition, would thus be protected notwithstanding the rule against discrimination contained in Article 15(1).

That is, however, not to say that Article 15 mandates the State to make the particular reservation or, for that matter, any of the special provisions referred to in Clauses (3), (4) or (5) thereof. If the State were to choose not to make any reservation under these Clauses, its action cannot be faulted under Article 15.

"Rules of admission by the State, both by Notification of 7 September 2007 and Clause 4.37 of the prospectus, are laws made accordingly by the State in exercise of its executive power under Article 162. They are mandatory and uniformly enforceable. Even otherwise, that is to say, even if they or any of them were to be treated as simple executive orders, they are nevertheless legally binding and cannot be derogated from."

Advocate Abhijit Gosavi appeared for the petitioners and submitted that the rule is contrary to the State's own policy of reservation as well as MCI Regulations. Court rejected the argument and observed-

"This State policy, reflected in the Notification of 7 September 2007, is very much in pursuance of Entry 25 of List III of Schedule VII to the Constitution of India, though made in exercise of its executive power, extends over the entire legislative domain available to the State.

The other provision made by the State, namely, Clause 4.37 of the prospectus, has also been made in exercise of the same executive power. There is nothing to suggest that both provisions cannot stand together. So long as both can hold the field, consistent with each other, there is no reason why the latter provision (clause 4.37 of the prospectus) should make way for the earlier (Notification of 7 September 2007)."

"Even if one were to treat these as seats of State Quota, there is nothing in law, which requires the State to make any particular reservation as far as these seats are concerned. The State is free to make a particular reservation for seats originally available to it under its quota for allotment; it is equally free to not make any reservation for seats which later become available to it as a result of their falling vacant after allotment of All India Quota."

As for MCI, Justice Gupte concluded that MCI has not prescribed any rule in this behalf, particularly, whether reverted seats should go by the same rule which applies to seats originally available to the State for allotment. That would be a matter for the State to decide, Court said.

On the other hand, Advocate General cited four cases of the High Court bearing on the treatment to be accorded to reverted seats from All India Quota to the State. These are-

(i) Dhondiba Munde Vs. State of Maharashtra

The above judgments imply that absent any contrary provision by the State, the reverted seats available to it for allotment have to be allotted on merit; they cannot be treated as State seats subject to reservation of the State.

Finally, after examining the above judgments, Justice Gupte dismissed the petition and observed-

"There is, accordingly, no merit in the contention of the Petitioners in so far as their challenge to Clause 4.37 of the prospectus is concerned. Rule of reservation prescribed for State Quota seats originally available to the State for allotment, does not apply to the seats reverted from All India Quota. Let the record be accordingly returned to the Division Bench with this opinion."