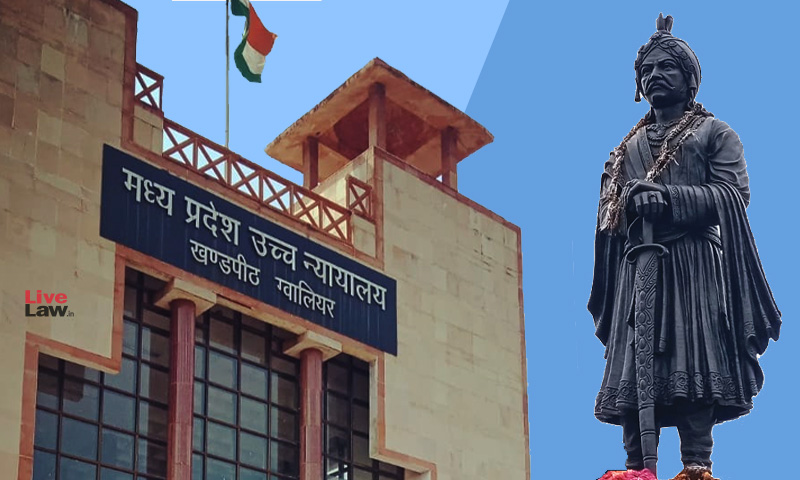 The Madhya Pradesh High Court has directed an enquiry committee to examine whether the Statute of a National Hero installed over a public place (through Public Funds) can be referred with caste attached to its description.The Court ordered thus while dealing with a matter pertaining to the dispute that erupted between two communities (Gurjars and Kshatriyas) over the title/nomenclature to...

The Madhya Pradesh High Court has directed an enquiry committee to examine whether the Statute of a National Hero installed over a public place (through Public Funds) can be referred with caste attached to its description.

The Court ordered thus while dealing with a matter pertaining to the dispute that erupted between two communities (Gurjars and Kshatriyas) over the title/nomenclature to be inscribed over the statue of Samrat Mihir Bhoj (installed in Gwalior City).

Since this dispute created a law and order situation in the city of Gwalior and adjoining districts and thus, appropriate directions were sought in the plea before the Court to be issued to the authorities to ensure peace and harmony.

The Bench of Justice Sheel Nagu and Justice Anand Pathak, inter alia, observed that it is the duty of the Citizenry of the country that National Heroes remain Pan National in their recognition and acceptance and may not be confined to Religion, Caste, Community, or any Group.

Essentially, in the title attached to the statue, Samrat Bhoj was inscribed as Samrat Mihir Bhoj 'Gurjar' which prompted Kshatriya Community to go for agitation as according to their feelings, the said National Hero belongs to Kshatriya Community, whereas Gurjars consider the said Samrat as Gurjar.

Importantly, the original thought was of a statue with the name of Samrat Mihir Bhoj but later on due to unknown reasons, the suffix "Gurjar" had been added.

The AAGs assured the Court that suitable action shall be taken to maintain law and order and they further informed the Court that to resolve the controversy, a committee had been constituted (by the collector on Sept 15) consisting SDM Lashkar, CSP, Lashkar, a Professor in History at Jiwaji University, Gwalior and a Professor and HoD of KRG College, Gwalior.

Before proceeding to dwell upon the dispute in question, the Court reiterated the preamble of the Constitution and also referred to Article 37, Article 38, and Article 51-A [Fundamental duties] to state that it is the duty of all of us to promote fraternity, brotherhood, and rich heritage of composite culture.

Further, to resolve the instant dispute by dialogue and synergy, the Court reconstituted the committee by induction of new members with a defined course of action. Therefore, as an interim measure, the Court issued the following directions:

The Committee has been granted the liberty to take guidance from different Statues/Busts established over public places across the country including the Statue of Samrat Mihir Bhoj at different places.

Needful has to be done within three weeks and the court listed the matter for further hearing on October 20 and the district Administration had been directed to ensure law and order in Public places and Public life.

Till the report is submitted, the Court has directed that the name plate/nomenclature would be kept in a duly covered manner and only the statue of Samrat Mihir Bhoj would be available for the people to observe and get inspiration from his valour and deeds.

Importantly, while asking members of both communities to observe restrain and not create law and order situation in any manner, the Court further observed thus:

"Elders of both the communities are further expected to teach the young members of their respective communities about the valour, character, determination of the Samrat beside basking in his reflected glory."