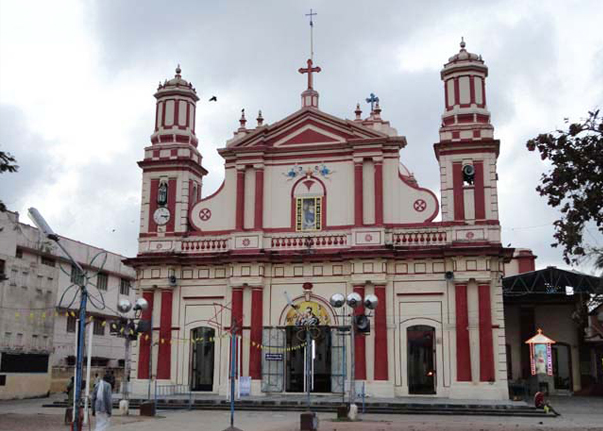 The Supreme Court today stayed the Madras HC judgment which had ruled that salaries received by missionaries and nuns of Catholic Church are liable to be subjected to Tax Deduction at Source(TDS) under Section 192 of the Income Tax Act.The bench of Justice Ashok Bhushan and K M Joseph ordered to maintain "status quo as on today" while issuing notice in the petition filed by...

The Supreme Court today stayed the Madras HC judgment which had ruled that salaries received by missionaries and nuns of Catholic Church are liable to be subjected to Tax Deduction at Source(TDS) under Section 192 of the Income Tax Act.

The bench of Justice Ashok Bhushan and K M Joseph ordered to maintain "status quo as on today" while issuing notice in the petition filed by Institute of Fransiscan Missionaries of Mary against the March 20 judgment of the High Court.

It was also contended that the judgment interfered with the vow of poverty observed by the missionaries and thereby infringed the right to religious freedom under Article 25 of the Constitution of India.

The Central Government sought four weeks time to respond to the petition. The Court listed the matter for final disposal on August 7.

The Division Bench of Madras was hearing the appeals filed by the Income Tax Department against the judgment of a single bench, which had allowed the writ petitions filed by catholic religious institutions challenging steps taken for recovering TDS amount on salaries paid to priests/nuns employed in aided educational institutions.

The single bench had accepted the case of religious institutions that since priests/nuns have taken a vow of poverty as per which they have to surrender their personal income to the Church/Diocese, no income is effectively accrued to them so as to make it liable for taxation. It further held that priests/nuns have suffered civil death as per Canon Law and renounced the world and therefore cannot be subjected to TDS.

The Division Bench of Justices Dr. Vineet Kothari and C V Karthikeyan set aside the judgment of single bench, holding that the salaries were received by them in their individual capacity and that the subsequent surrender of their salaries to the religious institutions can only be treated as an application of income. The Court further held that religious institutions cannot claim to have an overriding title with respect to the salaries at the source itself.

Quoting with approval the judgment of the single bench of High Court of Kerala in Fr Sabu P Thomas v Union of India, the Division Bench explained the concept of 'diversion of income by overriding title' was not applicable in the case. This concept refers to a pre-existing legal obligation to divert the income to another.The person to whom the amount is diverted should have a legal right that entitles him to claim the amount directly from the source, and without the intervention of the person who would have received the amount but for the said legal arrangement. when the amount in question leaves the source, on its way. The diversion of income must be effective at the stage when the amount in question leaves the source.

"we find that the salary in question was not directly received by the Congregation or Religion by overriding diversion of title, but were paid by the State to the Teachers who are Nuns or Missionaries and thereafter, it might have been applied or made over to the Church or Diocese or the Institution run by them"

From a reading of Section 192 of the Income Tax Act, the Court held that the religious character of assessee does not impact the TDS liability.

"In our opinion, the provisions of Income Tax Law are dry, plain and simple, a-political, a-religious in character. In fact, except the provisions contained in Section 11 which provides for income from property held for charitable or religious purposes to be exempt, subject to compliance of the conditions and registration by the registered Trusts etc., there is no exemption available even to the charitable or religious institutions themselves, who have to secure registration as such and then, their income and application of income for charitable or religious purposes only is regulated strictly in accordance with the provisions contained in Chapter III of the Act. These provisions have no application to the individual Nuns, Sisters or Missionaries so as to claim any exemption from income tax", held the judgment authored by Justice Kothari

The Court held that their obligations by virtue of vows which they have taken, namely vows of poverty, etc. and their surrender to the Church or Diocese does not affect the taxability of the income. At best, it can only amount to application of their income by way of salary under that obligation towards that religion, after they discharge their tax obligation under the Income Tax Law, out of such receipt of salary by them.

"..the State Government as a Payer of salary under Income Tax Act is not bound by any Religious tenets or provisions of Canon Law. It has nothing to do with the Religious freedom as guaranteed under Articles 25 and 26 of the Constitution of India. In the present case, the State Government cannot be said to be bound to pay such salary in favour of the Church or Diocese in place of Teachers concerned who may be Nuns or Missionaries and who may even leave and come out of such Religious Order on their own volition. On the other hand, the State Authorities, if they do not deduct tax at source on such salary payments, may be held guilty of not following the provisions of Income Tax Act rendering them to pay penalty and even face prosecution. Therefore, neither the Income Tax Department nor the State Government have anything to do with the religious character of the Institution, may be Teachers or Nuns or Missionaries and therefore, they cannot take a stand for not making the tax deduction at source in view of the Canon Law."