Social Media Postings Against Judges Can Be Construed As Conspiracy, Attack Against The Institution: AP High Court Denies Bail To 5 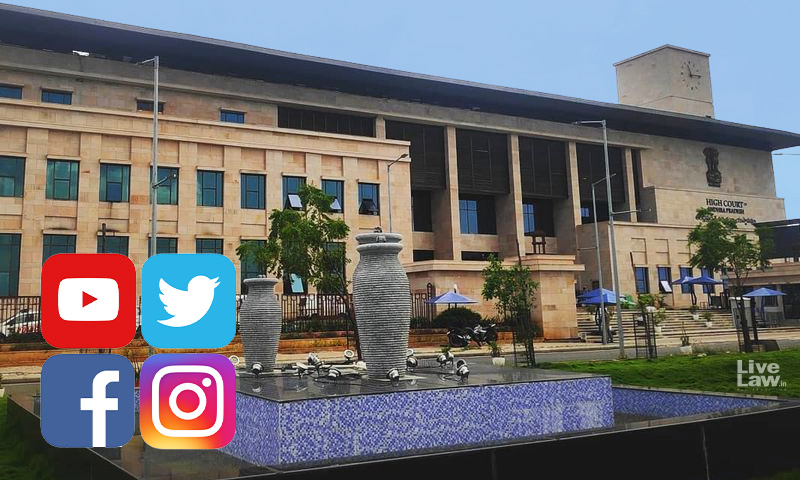 While denying bail to 5 booked for allegedly making derogatory posts against High Court and Supreme Court Judges, the Andhra Pradesh High Court on Tuesday observed that putting social media against the judges could be construed as a conspiracy and attack against the whole institution.

The Bench of Justice D. Ramesh also observed that the allegations made against the judges come within the purview of scandalizing the Courts.

It may be noted that last year, a division bench of Chief Justice Prashant Kumar Mishra and Justice Lalitha Kanneganti had issued suo moto contempt notices to 49 persons, including a Member of Parliament and a former Member of Legislative Assembly, observing that they made intimidating and abusive social media posts against judges.

Therefore, the High Court had transferred the probe in the matter to CBI and had directed it to investigate the derogatory social media posts against judges.

CBI took over the investigation and registered an FIR in the matter and probed into the social media posts of the petitioners and having found a case against them they were arrested in October 2021 and hence they moved to the High Court with a bail application.

The CBI booked the petitioners under Section 153-A, 504, 505(2), 506 of the Indian Penal Code, and Sec.67 of Information Technology Act, 2000 on the allegations that they had put out social media posts expressing their anger, resentment against the judgments given by the Judges of the High Court of Andhra Pradesh and even of the Apex Court.

Opposing their bail plea, the C.B.I submitted before the Court that it had filed a police custody petition in the Court below and the sane pending for orders. The petitioners are influential persons and if they are enlarged on bail, there is every possibility of influencing the witnesses.

At the outset, the Court noted that though the matter was transferred to C.B.I way back in October 2020, even the C.B.I took approximately one year time to arrest these persons and that itself shows that how the puissant is the petitioner.

Further, opining that the petitioners are small but there might be big persons behind this conspiracy, the Court observed thus:

"On perusal of the postings made by all the persons against some of the Judges of the High Court as well as Apex Court can be construed as a conspiracy against an institution. Large number of persons have made postings in social media and continued to put postings from April 8 2020, even till today. That shows that these persons are putting postings in social media not against the individual judges. It should be construed as an attack on the institution. The allegations made against the judges come within the purview of scandalizing the Courts."

Lastly, having considered the contentions of the parties and severity of the allegations and considering the fact that some of the accused are yet to arrest and the entire investigation is not yet completed, the Court was not satisfied for the purpose of grant of bail to the petitioner. Accordingly, the criminal petition was dismissed.

In related news, observing that 'judge bashing has become a favorite pastime for some people', the Andhra Pradesh High Court recently directed Facebook, Instagram, Twitter and YouTube to take down abusive contents against judges.

The Court directed the Registrar General to forward the URLs of the derogatory posts to the social media intermediaries, who were directed to pull them down as expeditiously as possible, but not later than a period of 36 hours. The Court also directed that YouTube should block the channel named "Punch Prabhakar", which was posting abusive videos against judges.